TOWN CONTINUE ON THE MARCH TO THE ARCH!!! 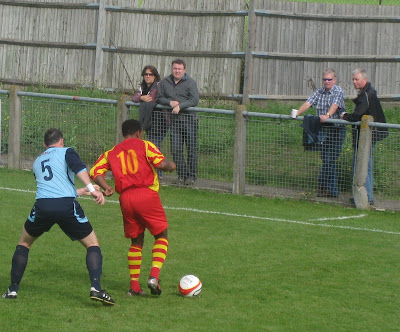 The arm injury to returning fan's favourite Stuart Blackburne was the only downside to a 100% hardworking performance in a somewhat bruising encounter against a very physical Arlesey Town team yesterday. Town looked in control for most of the game aside from the period between 20 minutes to 35 minutes when Rob Blackburne pulled off a few saves to keep another deserved clean sheet.

Town lined up with a midfield of Deniz Mehmet on the right wing and Sammy Byfield on the left wing with Dan Forward and Rudi Hall in the centre. Mehmet worked extremely hard throughout the game tracking back and breaking down Arlesey's attacks and using his lightning pace to put over some useful balls into the danger area. 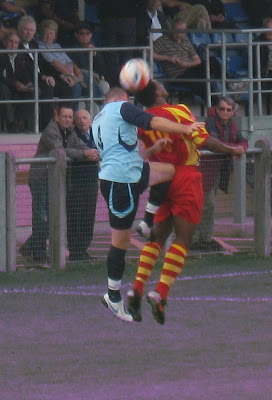 After Town weathered the storm of the home side being on top Adam Wallace scored just before the break when he expertly headed on a corner at the near post which the Arlesey defender tried to clear off the line but couldn't get to the ball quick enough as by all reports the ball was a clear foot over the line. From the video replay it's a bit inconclusive but with the assistant referee reacting almost instantly flagging the ball had gone over, people standing closer to the incident stating the ball had gone over and the reaction of the Arlesey team not to appeal it was clear the ball had crossed the line. This brilliant photograph from Tom Scott shows the ball crossed the line - LINK HERE

Town controlled the second half and it was brilliant to see the front-line partnership of Wallace and Blackburne back together. It was from the corner Stuart forced and subsequently injured his arm in a horrible collision with the perimeter fence that the game was made safe. 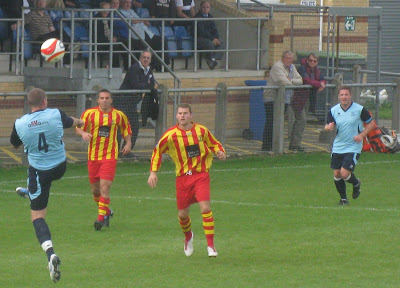 From the re-start Adam Wallace was first to the ball to pass back to Sam Byfield who rifled the ball into the net past the dive of home goalkeeper Richard Hayward. 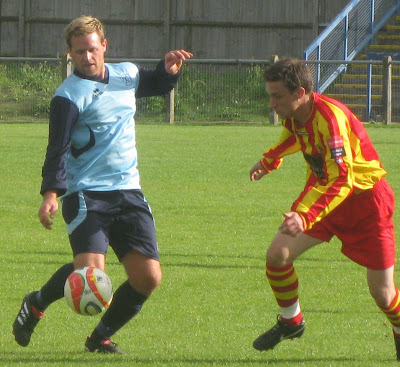 The news on Stuart Blackburne is that his wrist was pinned in an operation on Sunday morning and he is out for at least four weeks. The cold end and I'm sure all the members of the Town faithful send best wishes to him on speedy recovery from a very nasty injury. Get well soon Stuart - hope you are back in action sooner rather than later!! 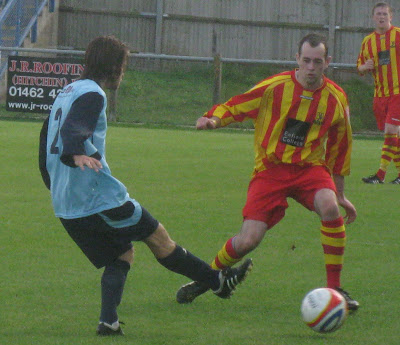 Cold end man of the match - A very close award this weekend with Rob Blackburne impressing during the first half keeping Town in the match, Deniz Mehmet working solidly on the right wing, Adam Wallace scoring one goal, setting up the other and generally working his socks off or the desire of Stuart Blackburne returning back in the familiar number 9 shirt. The cold end goes for a joint brother's award of Rob for his hard earned (particularly in the first half) clean-sheet and Stuart for his work-rate and the fact he smashed into the fence (winning the corner that lead to the 2nd goal) chasing what some player's would of left as a lost cause. Deniz and Adam are worthy runners up.
Overall a very satisfying result against a good side in Arlesey who are currently 4th in the Zamaretto Central Division losing only one league game so far. They also beat a strong side in Aylesbury FC to get to this stage so to win 0-2 is a fantastic achievement for Steve Newing's team. The cold end predicts not many teams will come away from the aRMadillo stadium with victories this year as those fans present will state they are a tough side to play against.
Now onto the 2nd Qualifying Round draw tomorrow with teams from the Blue Square South entering the draw a possible glamour tie is in the offing. Woking away anyone?? 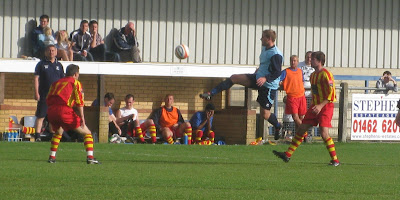 MATCH HIGHLIGHTS BELOW (INC BOTH GOALS)