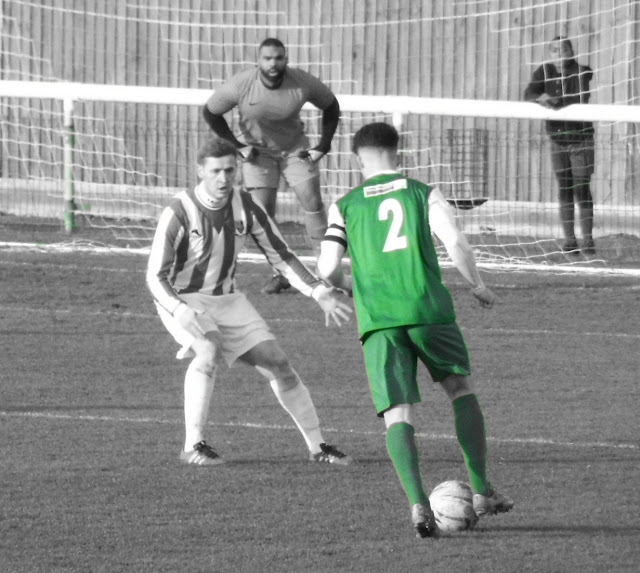 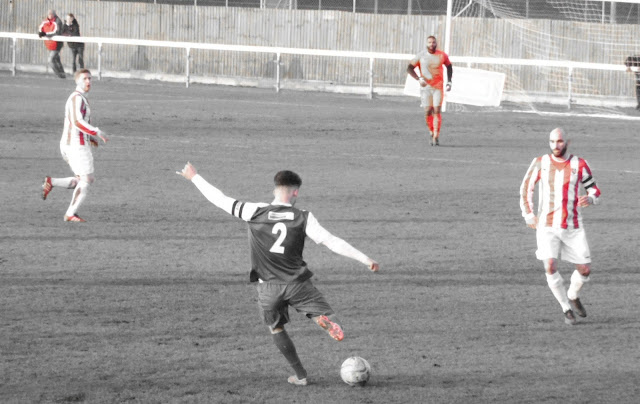 This was only one of five games played by teams from the Spartan South Midlands League on Saturday as the harsh frost across the local area postponed most of the scheduled matches. The sun had done its job during the morning burning away the frosty on the pitch at Langford Road. It was in a great condition for the good crowd of 112 people who came along on a chilly afternoon in Bedfordshire.

It was an intriguing game in prospect as the table topper's, who had swept most before them this season, welcomed the league's FA Vase heroes in a game which saw 1st play 7th in the table. 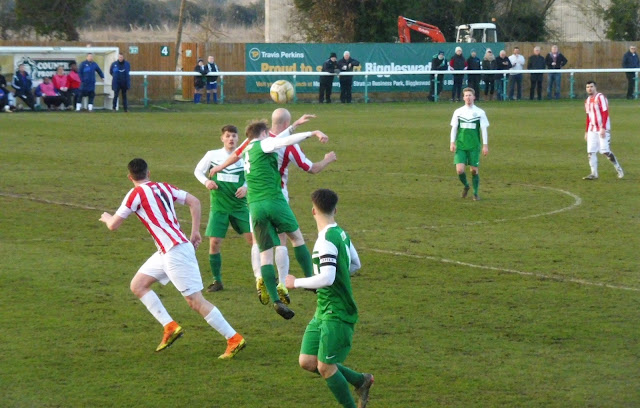 With Southall having one of their biggest games in their modern history next Sunday when Exmouth Town visit them for a FA Vase Fifth Round tie some people may have thought a few of their players would have their minds on that game but this was far from the truth. 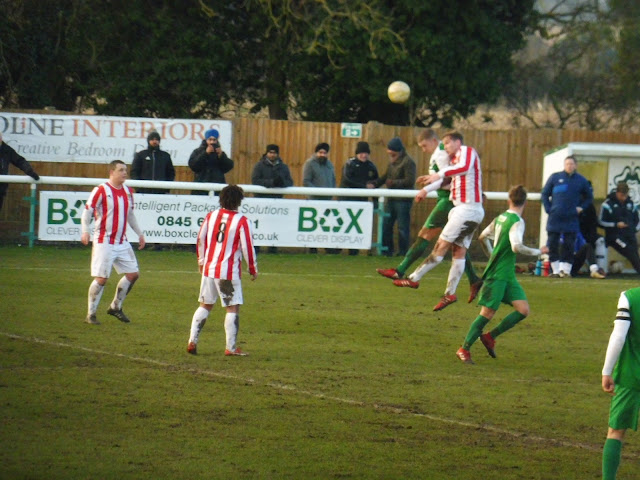 It was a contrast in styles somewhat as Biggleswade enjoyed lots of possession keeping hold of the ball with confidence compared to Southall's more physical game - they did look dangerous whenever they got the ball in front of goal and they did play some good football too. It wasn't a nasty game by any means but Southall had five players booked over the 90 minutes.

The visitors took the lead on seven minutes when Anthony Page headed in unmarked at the far post following a lofted free kick into the box. Biggleswade equalised only a few moments later when a shot from outside of the box was deflected past Southall keeper Michael Power-Simpson to make it 1-1. 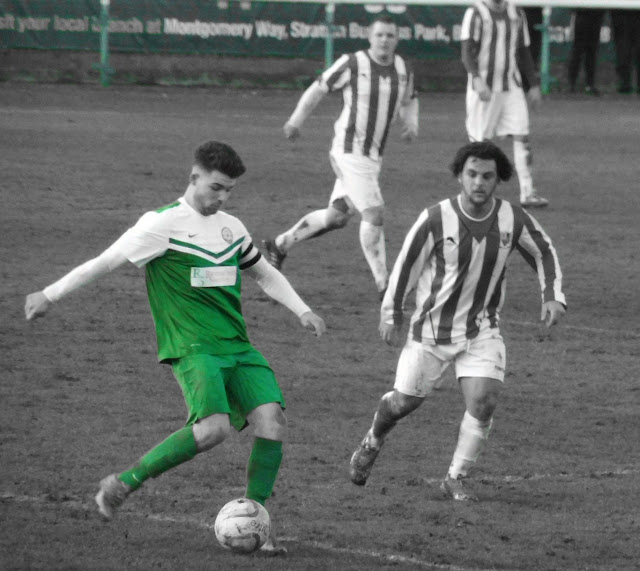 Southall's Jack Bennett was the best player on the pitch in my opinion - A skilfull left footed player he was a constant danger on the right hand side of midfield with his forward runs and good passing. His scoring record of 16 goals in 28 appearances this season suggests he has an eye for goal too - He is a player who I think could easily play at a higher level of the non-league pyramid. He is wearing the number seven shirt in the video highlights.

It was Bennett who made his side's second goal on forty one minutes when his inviting and impressive ball into the box gave Craig Tomkins an easy task of knocking the ball into the net to make the half time score 1-2.

Max Howell made it 1-3 on sixty one minutes when some good passing on the edge of the box game him time to lift the ball into the net.

Biggleswade never gave up and played some great football with Power-Simpson making some good saves to keep the score at 1-3. The moment when the ball hit the post followed by goal-line block maybe indicated it was 'just one of those days' for the home side.

Southall have a home game scheduled against Broadfields United on Wednesday before their huge FA Vase game next Sunday.

Biggleswade FC have a good chance to get back to winning ways in a massive local derby at home to third placed Baldock Town on Tuesday evening. They won a memorable game 2-4 at Roker Park earlier in the season.

THE ONLY PLACE TO BE NEXT SUNDAY AFTERNOON

Southall's FA Vase game against Exmouth Town takes place next Sunday at Reynolds Field - it's the biggest game for the club since the 1986 final at Wembley Stadium when they lost to Halesowen Town. 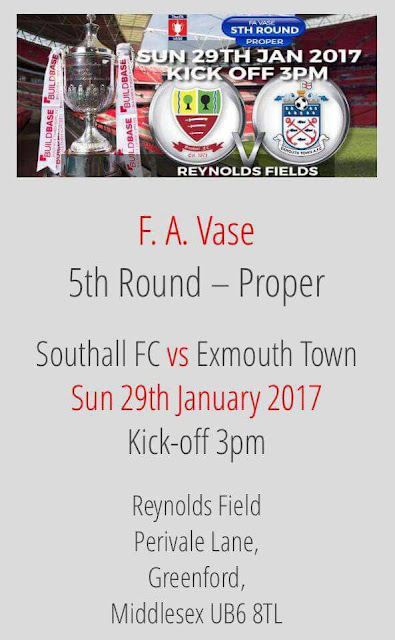