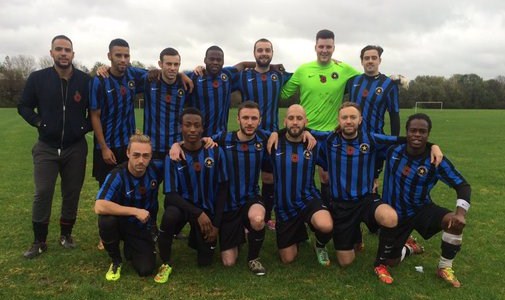 The Cold End last spoke to Inter Plaistow player/coach Danny Vass this time last season as he and everyone at the newly formed club prepared for their first season in the Essex Alliance League. We caught up with him as the East London side are getting ready for the forthcoming 2016/17 campaign - 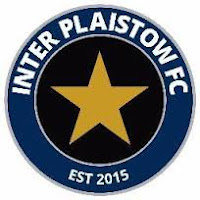 HOW HAS YOUR FIRST SEASON BEEN?
Its had its ups and downs but overall I'd say it was a really enjoyable first season. The league title race went right down to the wire. Even at the half way stage there was around five or six teams still in with a shout so it was really exciting. The squad has come a long way from where it was last season and we just can't wait to get this season started now. I'd say covering the costs of everything was probably the most difficult part of running the team and I'm guessing a lot of other clubs at our level struggle with the same thing. Other than that though, everything else ran quite smoothly.

THE BEST MATCH?
The best match so far has to be the 6-5 win against London APSA. They'd beaten us at their pitch a few weeks earlier so we'd seen how good they were and knew that we would have to dig really deep to get the win. Not only was it a really exciting match with goals galore, I felt like it was a real turning point in terms of the team finally coming together and gelling.

THE WORST MATCH?
The worst match was definitely the Division Two Cup Quarter Final against Chingford Athletic Reserves. It was a really windy day and both sides found it difficult to play any sort of decent football. We had led 2-1 up until the last few minutes until they equalised and then beat us on penalties. We were absolutely gutted. I'd say that was probably the lowest point of the season for us.

BEST TEAM YOU PLAYED?
The best side we played was probably London APSA. They played some good football and were a tough side to beat. They had some really talented players and deserved to win the league in the end.

AIMS FOR THIS SEASON?
Our aim for this season is definitely to win something. We've learnt a lot from last season and we know the squad is strong enough and capable. Even if we don't win anything, as long as we keep progressing and developing as a team I'll be happy.

HAVE YOU FORMED ANY RIVALRIES YET?
We haven't really so far. We failed to beat Chingford Athletic Reserves in three attempts last season so I guess we'll be out for revenge this season! We'll both be playing in the same division again and we've drawn them in the Essex County Cup so there will be plenty of chances to make amends.

BEING PLAISTOW BOYS THE MAJORITY OF YOU MUST BE WEST HAM FANS.... WHAT DO YOU THINK OF THE MOVE TO THE LONDON STADIUM?
I think it can only be a good thing for a club moving into a bigger stadium and being able to compete with the bigger teams in the league. Personally it will be strange not having The Boleyn Ground there as I've grown up with it being there all my life. I think in the modern Premier League era clubs do care about tradition but money and trophies are always going to be their main priorities.

Inter Plaistow play their games at West Ham Memorial Park which is a short walk from West Ham Station. Their first Essex Alliance Division Two game comes on Saturday 3rd September away at Old Esthameians Reserves before a home game with Glendale on Saturday 10th September. Their eagerly anticipated Essex Junior Trophy Second Round tie at Chingford Athletic Reserves is scheduled for Saturday 22nd October. Before the league games they have one pre-season friendly left against Division Three side Custom House FC this Saturday. 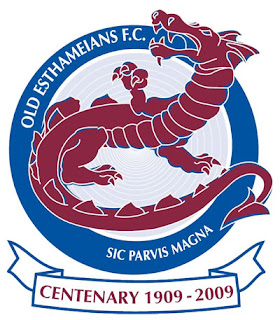 Old Esthameians have joined the Essex Alliance League from the Southern Amateur League over the summer - their first time will play in the Premier League. Although they play games at Newbury Park the roots of the historic club can be traced to East Ham so it could be classed as an East Ham v Plaistow local derby. The Old E's were originally based at East Ham Grammar School (now called Langdon School) and only allowed ex pupils to play to for them - a rule which has recently been relaxed allowing the club to draw players from a number of London Boroughs.


Good Luck to Danny and all at Inter Plaistow for the season.
at 10:03