FC ROMANIA THROUGH TO FA VASE FOURTH ROUND

Essex Senior League side FC Romania continued their amazing FA Vase run on Saturday afternoon when they dominated their opponents from the Spartan South Midlands League Premier Division Hertford Town and left Hertingfordbury Park with a memorable 0-2 victory. Backed by a large and noisy group of supporters who contributed to a great atmosphere in the crowd of 231 in attendance with singing, drumming and letting off a number of red, blue and yellow flares to match their three large Romanian flags they brought with them. 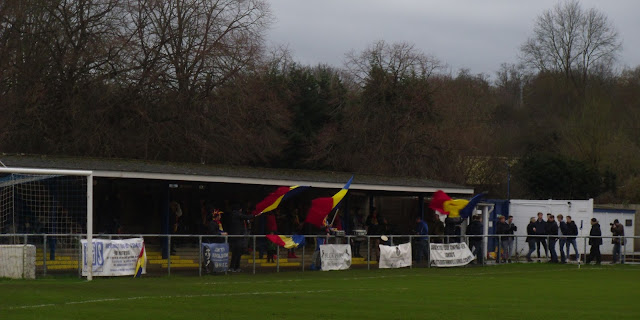 FC Romania's goals came in the first half and towards the end of the game when they had dropped back to defend deeper and a long ball forward allowed their player to break, knock the ball in the net and then join the supporters in celebration. 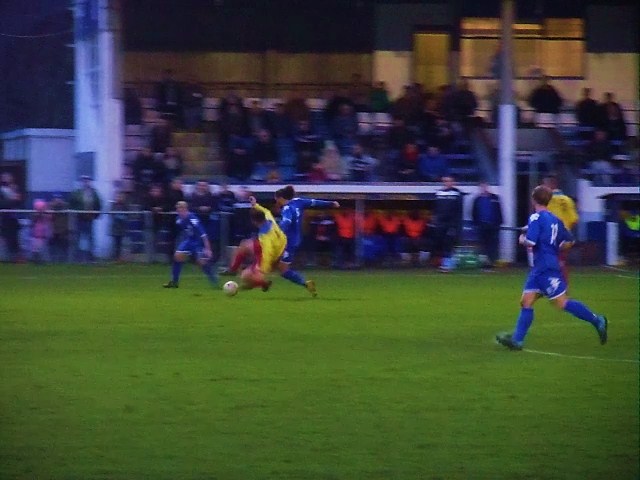 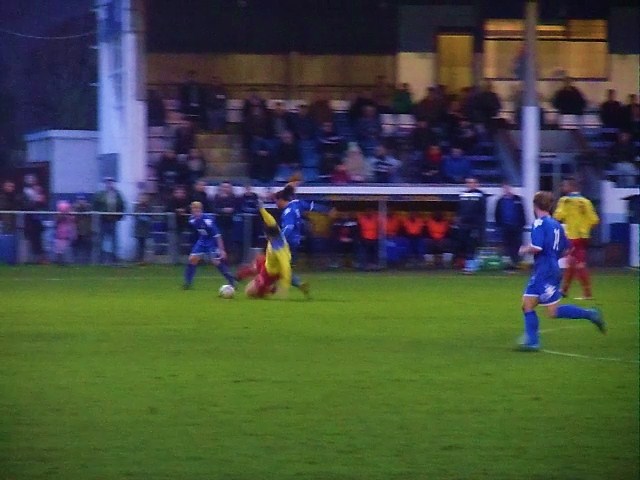 They had been reduced to 10 men just prior to half time in what can be looked at as quite a controversial decision that divided opinion on the terraces - Was it a well timed tackle or a two footed lunge? -  Have a look at the replay on 5m 35s on the video and see what you think?

The Blue's manager Paul Halsey will be very disappointed and frustrated at this result - and his side's current form after their excellent start to the season. After losing just two of their first nineteen league and cup games they have lost four in their last six.

FC Romania are joined by fellow Essex Senior League side Hullbridge Sports (2-0 winners v Stanway Rovers) but not Basildon United who lost 4-0 at AFC Dunstable who are one of the two Spartan South Midlands League side's through - the other one being Berkhamsted who impressively won 2-3 at Saffron Walden Town. SSMFL Division One side Edgware Town were knocked out at Silver Jubilee Park by Ipswich Wanderers who won 0-3. The game between FC Broxbourne Borough and Bowers & Pitsea has been re scheduled for Tuesday evening as the pitch at Goffs Lane was waterlogged today.