Here are some photographs of The KLM Welwyn and Hatfield Sunday League Division One game played yesterday between The Rosey (short for The Rose and Crown pub in Old Welwyn) and Shamrock Rovers Reserves. The final score was a resounding 9-1 victory to the The Rosey. They have won all three of their games played so far 3-2, 5-2 and 9-1. They face Hatfield Seniors this coming Sunday. The other side with a 100% record in the division currenly is The Sun Inn - Lemsford who have also won all three of their games 5-1, 2-1 and 4-2. They have also won three cup games 12-0, 7-0 and 12-0. 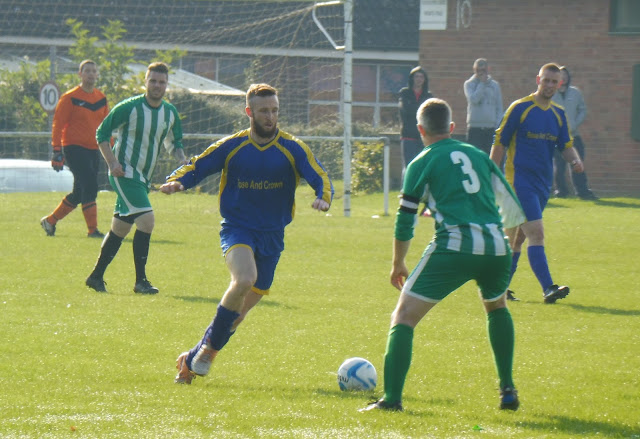 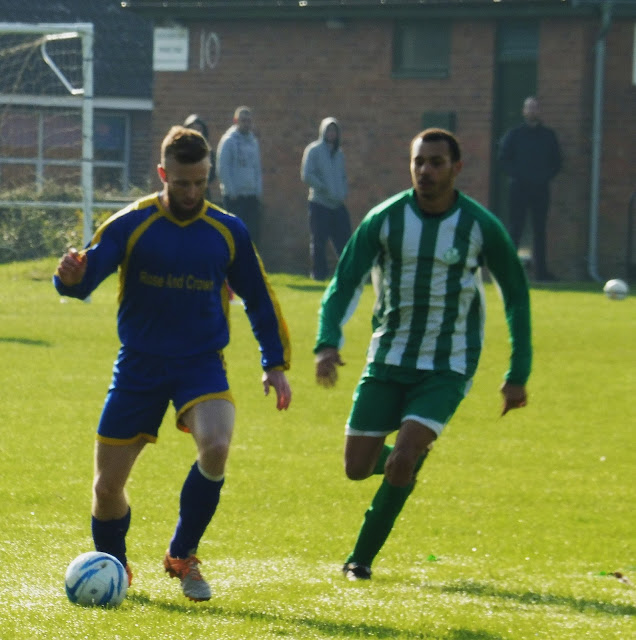 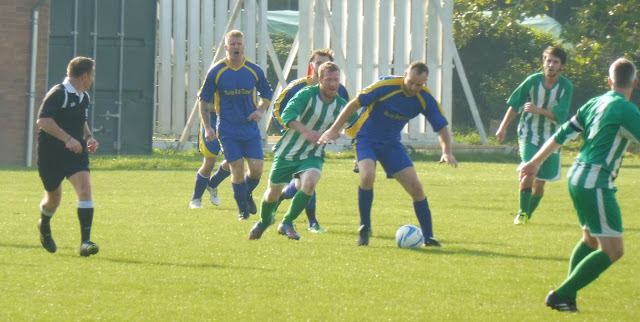 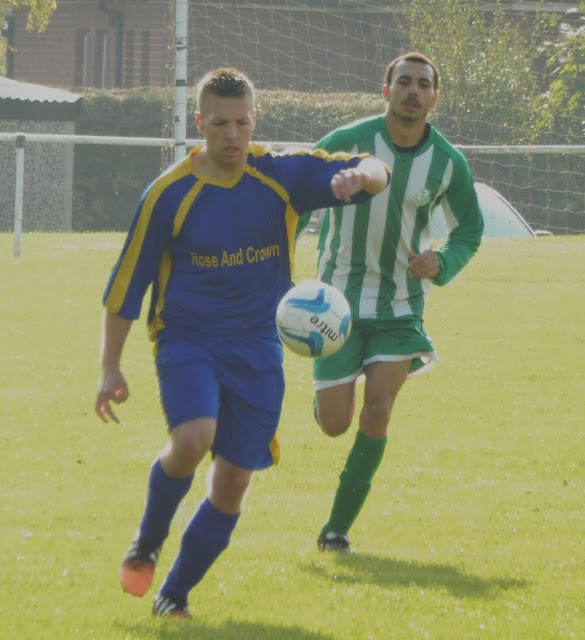 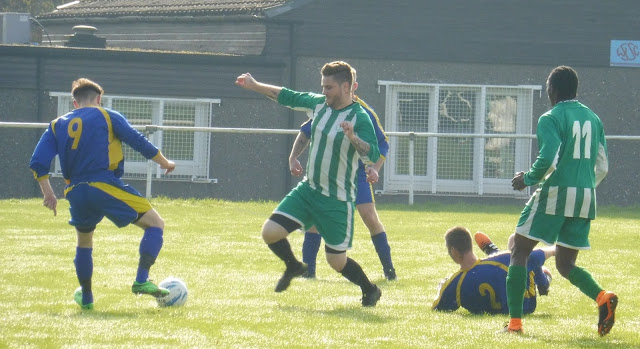 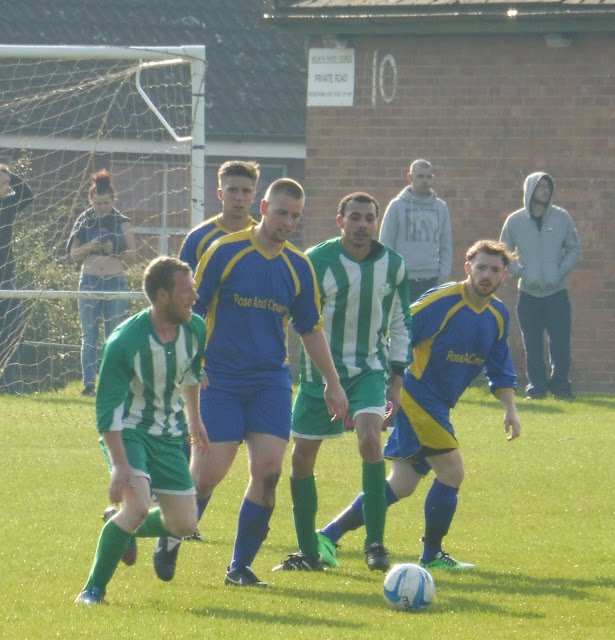 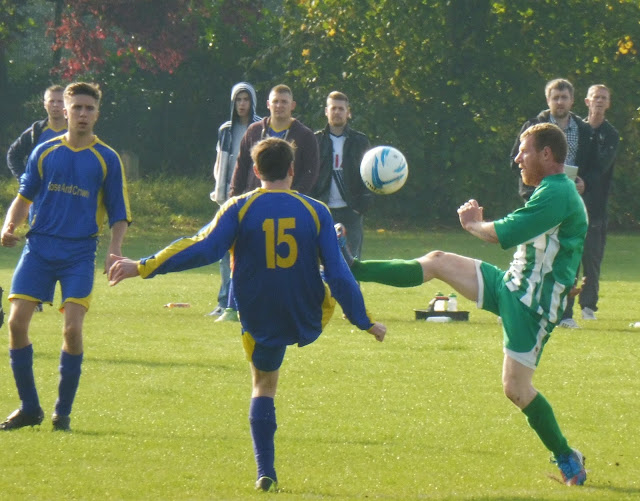 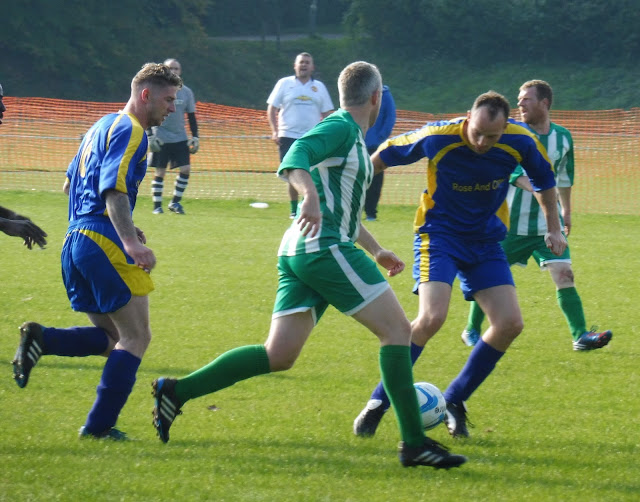 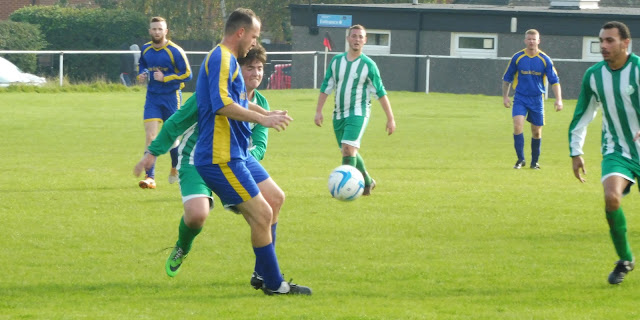 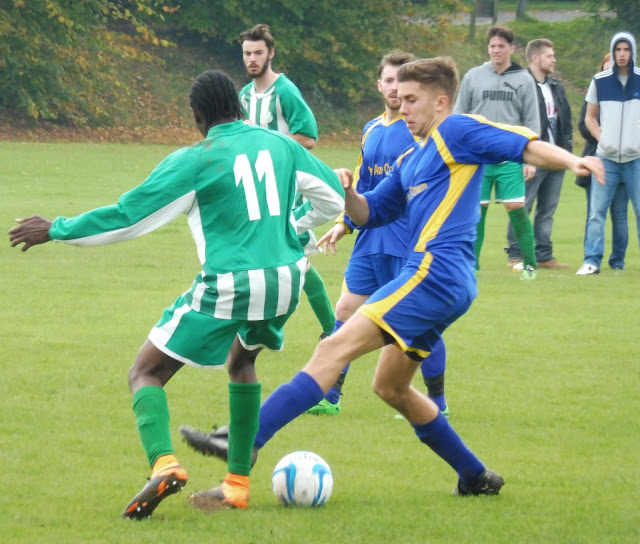 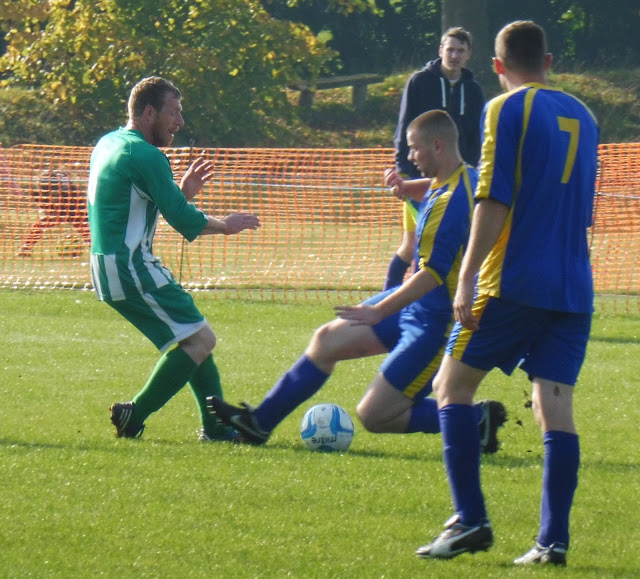