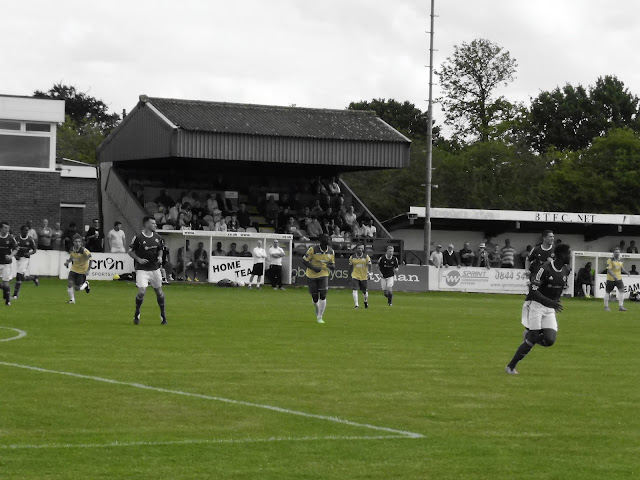 It was an afternoon to forget in Essex for Enfield Town yesterday as Billericay Town cruised to a 3-0 victory. The two sides have developed a rivalry of sorts over the past few seasons - the flames of which were fuelled by ex Towner Joe Ellul stating in the Essex local press he had moved from North London to 'big club' Billericay Town over the summer - words which had angered a few Enfield Town fans.

The home side dominated proceedings and could of been awarded two penalty kicks in the first half. The first of which was in the opening moments of the game (not captured on camera).  They took the lead via Tom Derry just prior to 30 minutes and the game went from bad to worse for Town when Tashan Hayden-Smith was red carded for a two footed challenge on Ellul (also not captured on camera - not a good day for me filming!!!). It was a sending off offence in my book.

George Beavan then made it 2-0 just prior to half time. Sandwiched between the two incidents was the second penalty shout when Onome Sodje - Town's Samir Bihmoutine was lucky with this incident I think - It could of been a penalty kick and a red card for stopping a clear goal scoring opportunity? (see the video from 1m 37secs) It was Sodje who made it 3-0 on 57 minutes after Connor Hubble had been brought down in the box.

For Town manager Bradley Quinton it's been a start to forget with three defeats, five goals conceded and no goals scored.

AS AN ENFIELD TOWN SUPPORTER THE COLD END HAS FAITH AND KNOWS THIS IS JUST A TEMPORARY BLIP. BRAD AND THE PLAYERS WILL TURN THE RESULTS AROUND SOONER RATHER THAN LATER. 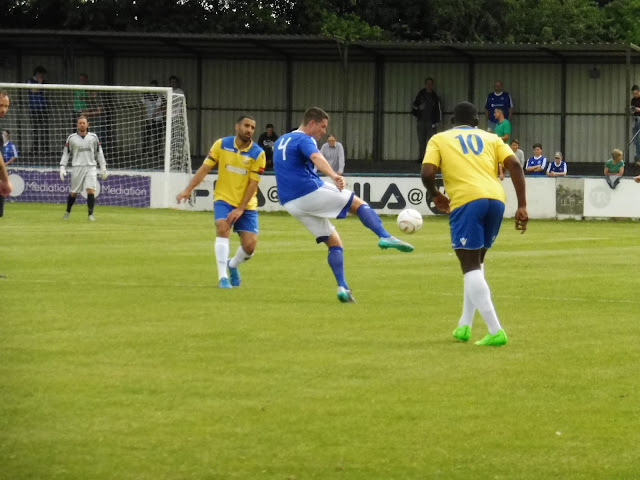 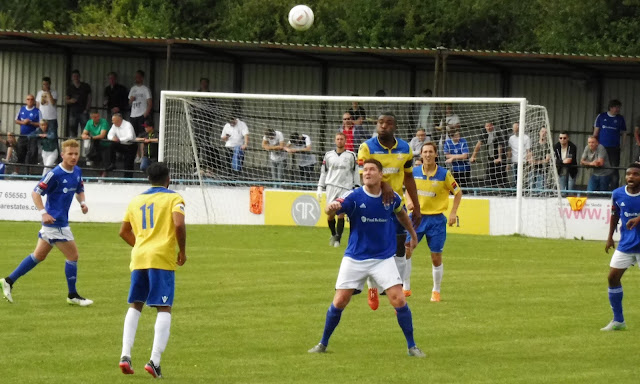 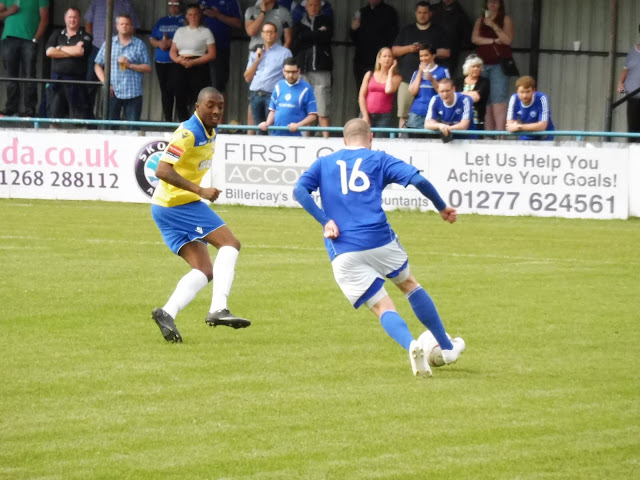 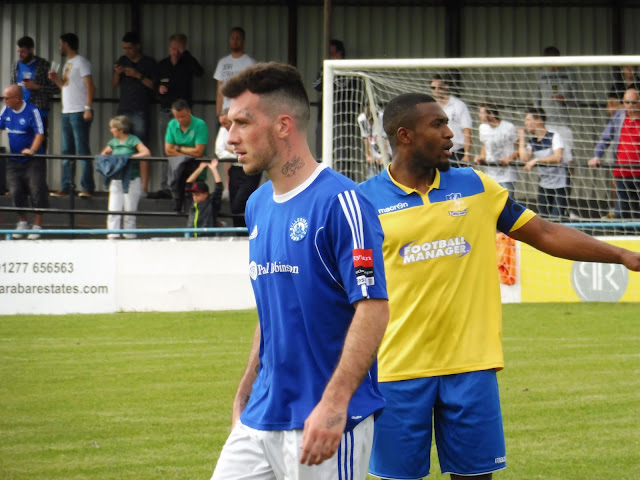 It has to be said Joe Ellul, who took a large amount of banter from the away faithful, put in an impressive performance at centre back and was probably man of the match in my book. After the game he wrote on social media " I swear we just d*cked @ETFCOfficial 3 v 0 thanks for coming" - words which will make the return game, at the Queen Elizabeth Stadium on Saturday 7th November, one which Enfield Town fans will be desperate to gain some revenge in!

SELECTED MATCH HIGHLIGHTS BELOW
including the three goals scored by Billericay

An indication of how close the league will be this season is that after two or three games played only W&F have a 100% winning record having won their two games played. VCD Athletic, Mertsham and Enfield Town are the only sides to be without a point gained.