THE STATE OF THE GAME PART FOUR 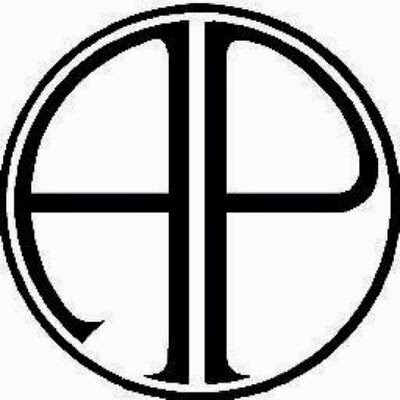 Here in The State of the Game Part Four we speak with David McLoughlin who is the Chairman of Alexandra Park Football Club who are based at The Racecourse Ground in the shadow of Alexandra Palace in North London.

FOOTBALLING HISTORY - HOW LONG HAVE YOU BEEN INVOLVED IN THE THE GAME?

I have been interested in and playing football as long as I can remember. I guess my first memories of football would be kicking around in the park with my Dad and elder brothers. The first ever professional game that I attended was Fulham against Leyton Orient as a 6 year old. A 1-1 draw I remember. I played football for youth teams in West London as a kid, but by my mid-teens fell out love with playing a bit, but continued to go and watch Fulham. At University I started playing again, and in 2005 when I moved to North London with some friends I started playing for Alexandra Park FC. I became Reserve Team Captain in my 2nd season, then Vice-Chairman a few years later. I then went on to become Chairman in 2012, the role that I hold currently. At the ripe old age of the 34, I am still managing to play in the Reserve XI too. 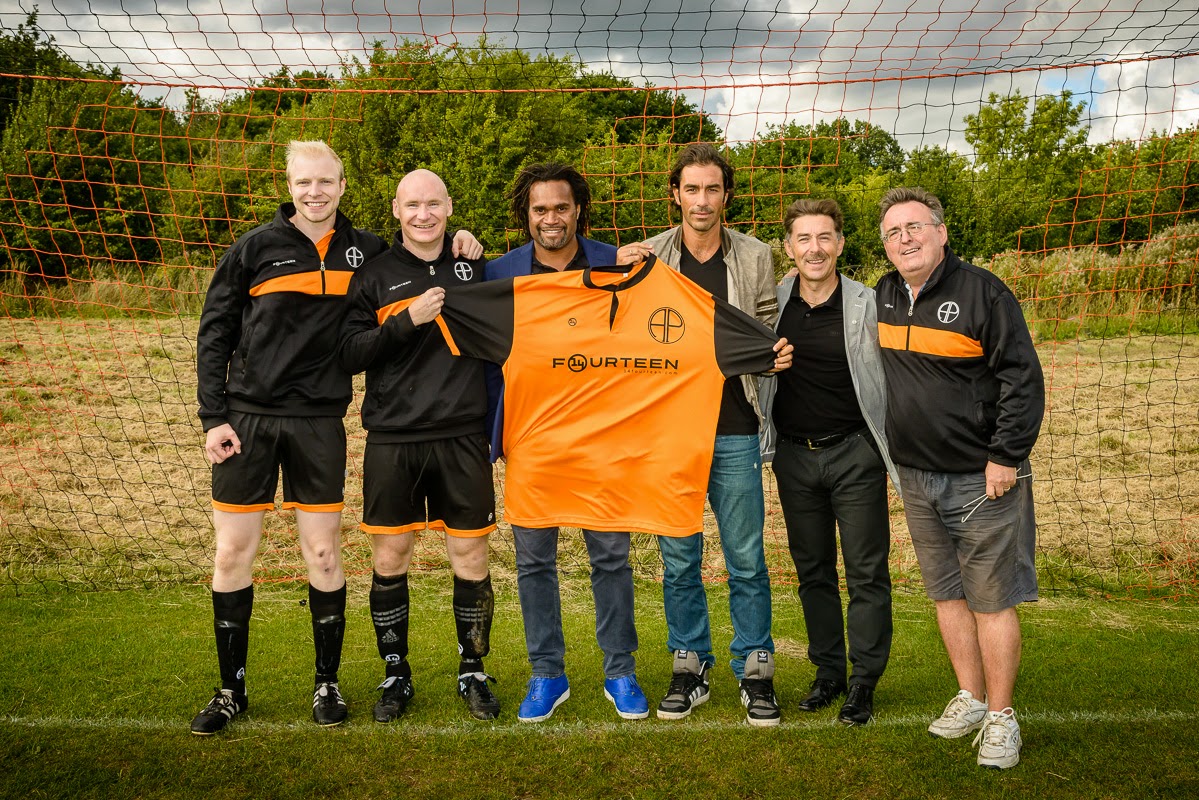 HOW CAN THE FOOTBALL ASSOCIATION HELP CLUBS/TEAMS AT GRASS ROOTS LEVEL?

It's obvious for me - funding. It is unethical that the new Premier League TV deal will land the clubs £5 billion, while we still struggle to get games on due to waterlogged pitches in the winter. Particularly where we are based in the London Borough of Haringey, there is a real dearth of pitches, let alone decent playing surfaces. There is much hyperbole from the FA about encouraging adults in to the grassroots game, but as good as ideas like rolling subs are, quite simply if your afternoon is going to be spent playing on a pitch akin to a swamp, you are not going to want to make this a regular fixture in your weekend!

For me, some form of central fund that clubs can apply to for grants would be useful. We spend tens of thousands of pounds on our pitches, but we still struggle to get playable surfaces at times. If there was a grant we could apply for, we could focus our finite resources in other areas, such as the clubhouse. This would need to be a significant amount of money - the odd free kit doesn't really cut it! 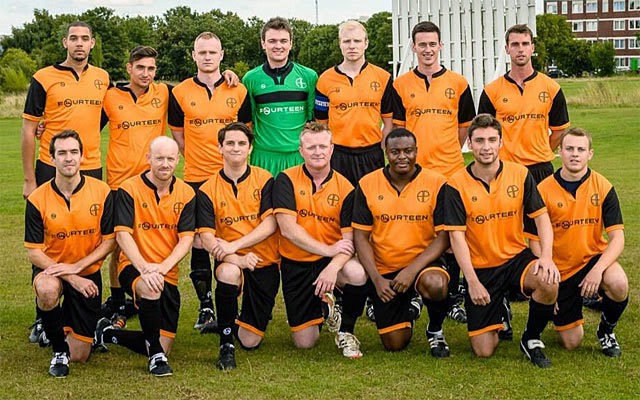 CAN YOU AFFORD TO GO TO A PREMIER LEAGUE GAME? WHAT CAN BE DONE TO STOP PEOPLE BEING PRICED OUT THE GAME AT THE TOP LEVEL I.R.O TICKET PRICES ETC? WILL THEY JUST GO UP AND UP AND UP?

I am a season ticket holder at Fulham - obviously up until recently a Premier League club. As I am still playing, I share my ticket with my brother. I think even when we were playing in the Premier League, we were paying about £400 for our ticket, which for me is fairly reasonable. However, as a realist I know that Fulham had to price their tickets competitively due to a large amount of professional teams in the area, not having huge amounts of fans and sharing a postcode with Chelsea. Elsewhere, tickets are scandalously priced - Arsenal for instance! I believe that the FA could and should enforce a cap on ticket prices - say £500 maximum for a season ticket. We should move towards the German model of pricing, where as fans are seen as a commodity of the club, are given excellent prices and not charged £10 for a pint of flat disgusting beer and minuscule hot dog!

Of course, it is not in clubs or the FA's interests to do this, because people are willing to pay these ludicrous prices and corporate hospitality is seen as far more attractive than your paying punter, so as sad as it might be, I do think prices will go up, because at the top level, football is business, not a sport.


THE BEST THING ABOUT FOOTBALL? (AT TOP LEVEL AND YOUR LEVEL)

Top Level - Feeling part of something bigger. The odd time where you get the result you want, when your team defy all logic and prediction. For me, things will never get better than when Fulham beat Juventus 4-1 at the Cottage in the famous 2011 Europa League Run. 3-1 down after the first leg in Turin, we conceded an early goal but turned it around to win the game and the tie. Things don't get any better than that!

Our Level - the sense of belonging. One of the reasons that I got involved in Alexandra Park was because I moved to a new part of London and wanted to meet people. I can honestly say that I have not looked back. I am lucky that over the past 10 years I have met friends for life. In AFA football, there is still an emphasis on hospitality and socialising, so the bar after the game is always a good laugh too. Also of course playing! 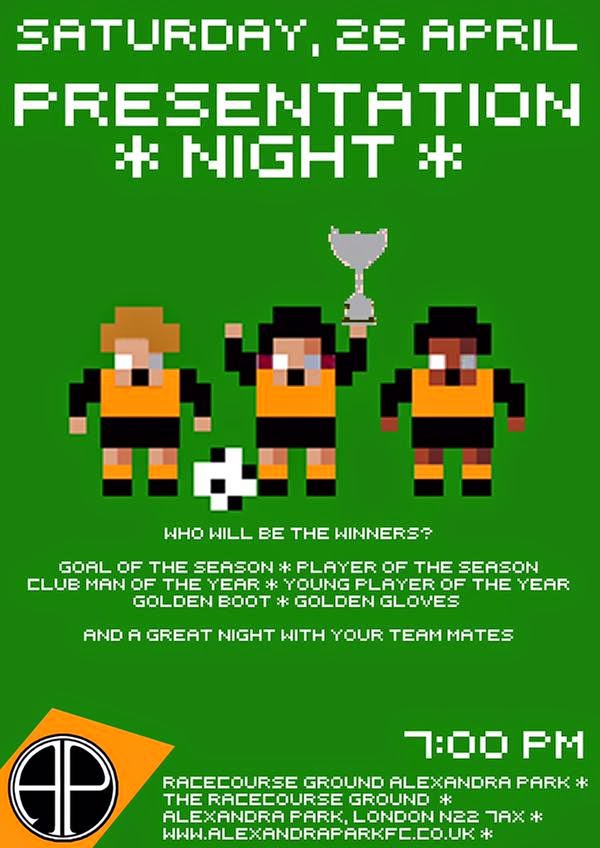 THE WORST THING ABOUT FOOTBALL? (AT TOP LEVEL AND YOUR LEVEL)

Top Level - The apparent 'rebirth' of Hooligan Culture - complete morons. Also the knowledge that you are going to be fleeced financially from start to finish on a match day - and the acceptance of that.  As a teacher I am not a fan of vacuous millionaires in their early 20's who sometimes struggle to string together a sentence being held up as heroes by kids.

Our Level - playing against a team of utter scumbags. There are some clubs you play where you know you are going to be offered out for a fight. For instance - one of our teams last season played a game in which one of the opposition team started threatening to kill one of our players. He was then substituted by his Captain, but then stood behind the goal shouting abuse at our players whilst filling a sock full of rocks - our team had to be escorted from the pitch at the end of the game, and drive back to our clubhouse in their kit!

ONE THING THAT COULD BE DONE TO HELP YOUNG PLAYERS DEVELOP BETTER AT A YOUNG AGE?

Let them enjoy football. Less focus on winning and losing, more focus on developing skills. Youth football tends to be dominated by big lads who can kick the ball a long way. Up until age 12 or so, why not make it a non-contact sport so kids learn how to pass short, dribble and control? 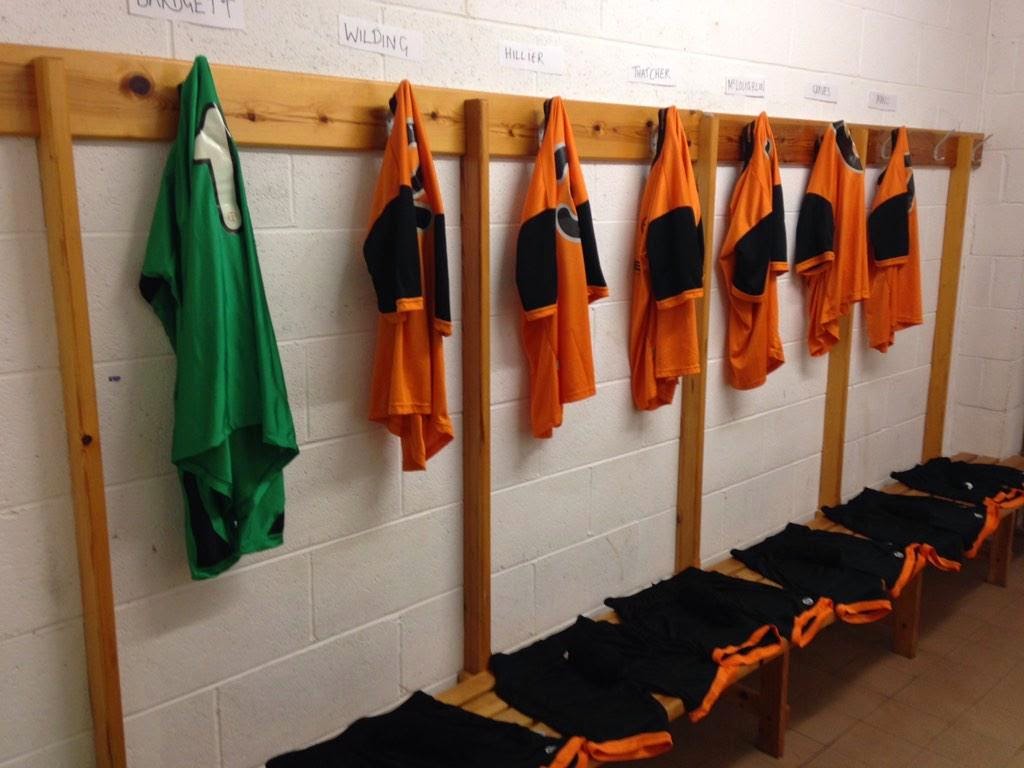 HOW MUCH DOES IT COST TO GET A GAME ON IN RESPECT OF PITCH FEES/REFEREE FEES ETC?  HOW MUCH HAS THIS INCREASED OVER THE YEARS?

We have grown significantly as a club, now regularly fielding 10 senior teams each week, plus a veterans team, a women's team and a youth section with over 25 teams. At the Racecourse, we only have 3 pitches, which of course has seen our use of satellite grounds and pitches being used. I would say that a conservative estimate would say that we spent around £35,000  last year on investment in our pitches - including new goals, ground rent, groundsman fees and the cost of pitch hire at satellite grounds. Referees fees are £32, plus cost for assistants. I am am proud that we have been able to keep costs as low as possible, with match fees being £9 (£5 concessions) and £85 membership (again reduced for concessions). We have tried to go against the tide and hold costs down, and I am pretty proud to say that in the 10 years I have been at the club, match fees have only gone up by £3. Still of course, your average member does not see this, and thinks that members of committee spend their match fees and membership on gold crowns and foreign holidays! 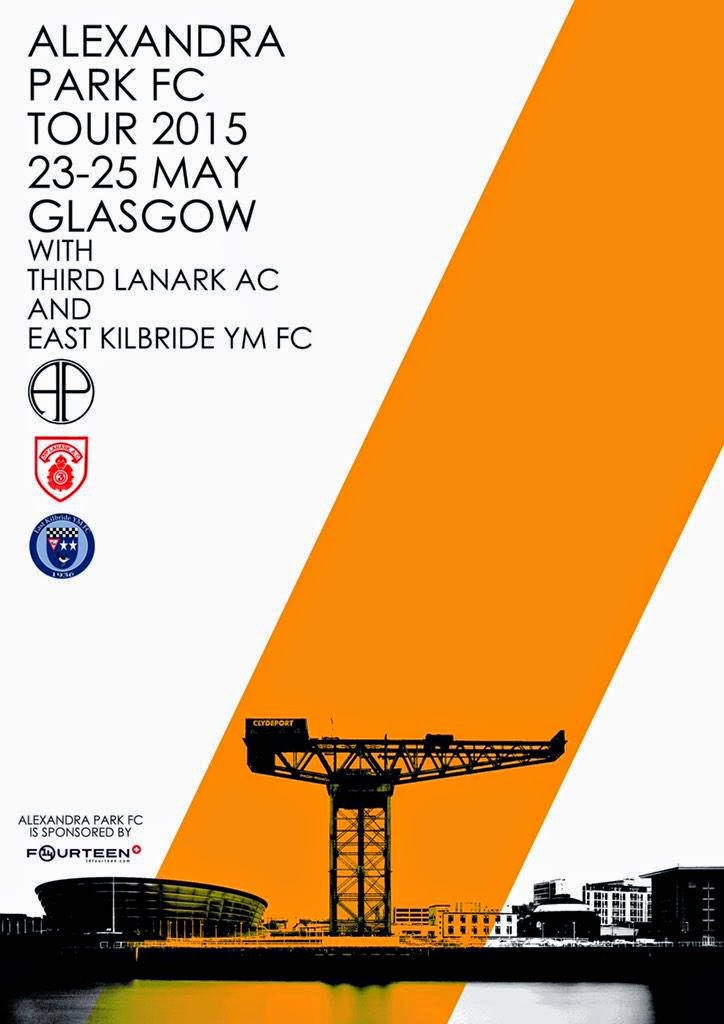 AS YOUR MANY TEAMS COMPETE IN THE SOUTHERN AMATEUR LEAGUE SYSTEM HOW MUCH DO PLAYERS PAY TO PLAY?

An employed senior member of the club will pay £10 per game and £85 membership for the season. Based on the number of games you play, factoring in cup runs, your average player will pay £300-£350 per year to play. We are offering the opportunity to spread this cost via direct debit next year, so that all players need to do is bring their beer money for after!

REFEREEING STANDARDS - ARE THEY GOOD, BAD OR JUST ABOUT RIGHT? ANYTHING THAT CAN BE DONE TO IMPROVE OR HELP REFEREES?

It varies - I would say SAL and AFA referees are excellent. A lot of the time they are ex players who you know from the circuit and can talk to on the pitch. That's something that I respect thoroughly. Just like us players, referees do have bad days too though. I have nothing but respect for them though - some of the stick that they face is embarrassing.

In terms of helping them, it would be useful for the SAL to supply Assistant Referees in Intermediate and maybe the higher divisions of the Junior sections, as the quality of these sections has improved and they are very competitive. 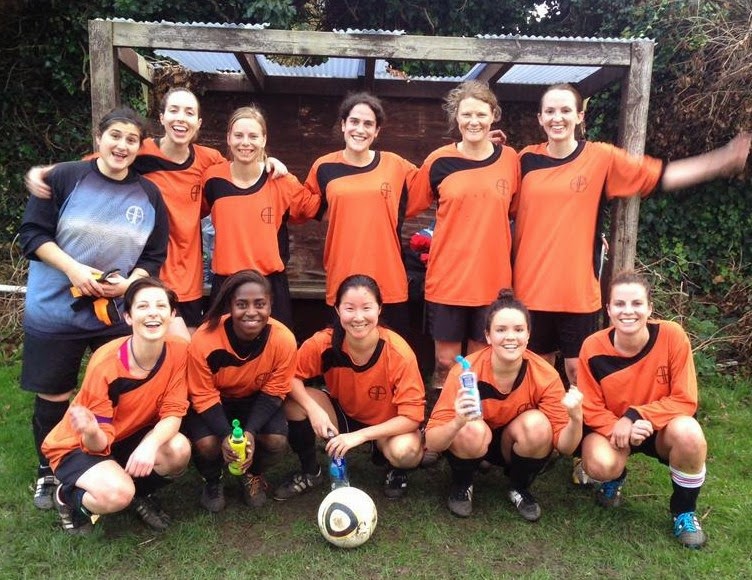 Change - I would introduce a wage cap similar to American Sports to ensure financial fair play and to make the league interesting. City, Chelsea and United dominating things because they are the richest clubs makes things pretty boring.

Keep the same - this may seem pretty boring, but I would keep the SAL sectionalised - so that if you are in a 3rd XI you play 3rd XIs - not Reserve teams. When you think that that AFA Intermediate Cup has been recently one by a number of 1st teams, it does not seem like a level playing field to me.
*cold end note - The SAL Minor Division Three (North) contains the 6th and 7th XIs of APFC and Division Four (North) the 8th and 9th XIs.


Thanks to David for talking to The Cold End about The State of The Game and Alexandra Park Football Club which judging by the pictures and their website is a wonderful community club with many players playing for the love of the game.


Sunday 12th April
PUTNEY VALE v ALEXANDRA PARK WFC
The AP women's team go into the 2nd leg of The Sue Sharples Memorial Trophy Semi-Final on Sunday against Putney Vale with the score at 1-1 from the 1st leg.
at 15:36