THE STATE OF THE GAME PART TWO 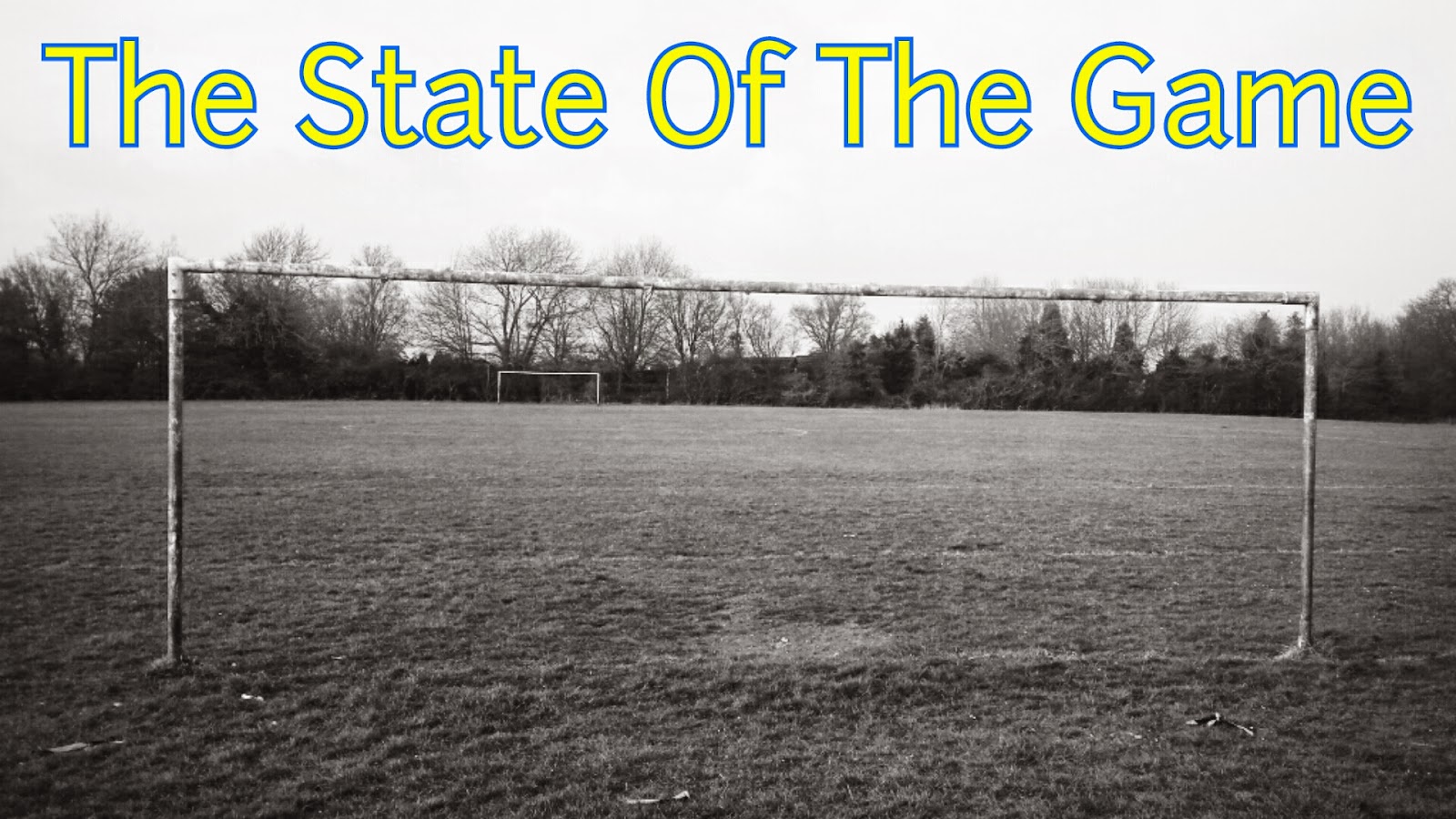 In the third of interviews looking at the current state of the game at Grass Roots level The Cold End speaks to Michael Pieri who coaches the under 10 side for Omonia Youth FC and also is Sports Editor for Eleftheria Newspaper which is a London based community publication for the Greek Community.

HOW LONG HAVE YOU BEEN INVOLVED IN THE GAME/WITH THE GAME? YOUR FOOTBALLING HISTORY?
I'm forty years old and have involved in football for 30 years I guess. Played football at school, college and University.

I've been coaching since I was 16 - have coached all age groups from Under 10 to adults. I currently have an Under 10 team which my son plays in. Its fantastically rewarding coaching kids of that age group - they are like sponges and they absorb EVERYTHING you tell them and the enthusiasm is infectious.
I have also been Sport Editor for a local community Greek - English Newspaper since 1999, focusing mainly on football. On the back of this I attended the World Cup in Germany in 2006.

Because of my involvement with Eleftheria Newspaper, I have been invited many times on TalkSport's Hawksbee and Jacobs show to talk about Greek / Cypriot football - you could say I'm their Greek football correspondent!

I am also a co-host of a football podcast - 'Shoot the Defence'. The podcast was a finalist this year in the national podcast awards and we have interviewed many journalists and ex-footballers.

HOW CAN THE FOOTBALL ASSOCIATION HELP CLUBS/TEAMS AT GRASS ROOTS LEVEL?
Three ways - by ensuring the incredible financial rewards that are enjoyed at the highest level are distributed more equitably to grassroots. I've lost count how many pitches I seen that are simply not adequate for young footballers to play on. Money should be used to set up a network of 3G and 4G pitches for grassroots clubs to run and play. For a sport that has so much money, grassroots level is in poverty. Can’t the FA impose a 0.5% tax on ALL Premier League transfers and a 0.5% agents / signing on fee tax that have to directly go to a grassroots fund that can be bid for by grassroots clubs?

Secondly rule changes at grassroots level. The retreat rule is a good idea to encourage young teams to play from the back but it is rendered meaningless if goalkeepers are allowed to boot it long. Certainly at U10 level and below (mini-soccer) GKs should be banned from kicking it long. Also to produce a parent's charter where which ALL parents have to sign and abide by at all age groups.

CAN YOU AFFORD TO GO TO A PREMIER LEAGUE GAME? WHAT CAN BE DONE TO STOP PEOPLE BEING PRICED OUT THE GAME AT THE TOP LEVEL - WILL TICKET PRICES JUST GO UP AND UP AND UP?
With two sons it has become impossible to go as regularly as much we would like. We are London dwelling Manchester United fans and while I was at college and University - i.e not working, I was regularly going home and away. Away ticket prices are simply scandalous. I go as much as a I can afford but I only want to go with my sons and this is now financially prohibited, especially compared with ticket prices in the rest of Europe!

THE BEST THING ABOUT FOOTBALL? (AT TOP LEVEL AND YOUR LEVEL)
The tribal rivalry. Nothing beats going to a game and beating your derby rivals. For 90 minutes there is a camaraderie between people who may have never met and yet for those 90 minutes they are bonded by a common love, a common interest and common goal. And a last minute winning goal? WOW.
At grassroots level the best thing is simply watching the happiness that the game we love gives young footballers. The joy they get from trying a trick, scoring a goal or pulling off a save. No agendas just freedom to express themselves, loving the game for what it is - an opportunity to play with friends, exert energy and contribute to a collective endeavour. Wonderful!

THE WORST THING ABOUT FOOTBALL? (AT TOP LEVEL AND YOUR LEVEL)
The financial excesses that have led to the game drifting away from the common fan. It is still (just) the beautiful game, but it is less and less the game of people.

At grassroots level it is the cynicism exhibited by some parents, clubs who believe that at (the non-competitive) level of U10 and below the game is about winning. It is not. It is about development and ensuring young footballers are taught good habits, rather than the kick it long and score a goal based on percentages. This stifles development and encourages the insane English disease that 'bigger is better' not allowing talent to flourish and excluding some players from playing.

ONE THING THAT COULD BE DONE TO HELP YOUNG PLAYERS DEVELOP BETTER AT A YOUNG AGE?
To be able to play on pitches that are not more mud than grass and are flat. 4G pitches for all please.

HOW MUCH DOES IT COST TO GET A GAME ON IN RESPECT OF PITCH FEES/REFEREE FEES ETC?  HOW MUCH HAS THIS INCREASED OVER THE YEARS?
I am lucky to be involved to with a youth football club that deals with all the financial aspects of running a youth football team. However I am aware that in the adult league I was a manager in a few years ago teams needed at least £2000 a season to run a team and this has certainly increased over the years.

REFEREEING STANDARDS - ARE THEY GOOD, BAD OR JUST ABOUT RIGHT? ANYTHING THAT CAN BE DONE TO IMPROVE OR HELP REFEREES?
At the professional level and at the highest level refereeing standards appear to have dropped. Is this because they are highlighted more due to technology? There is certainly no referee in world football that has the impact Pierluigi Collina had when he was refereeing. What can be done? Maybe have referees travel all over Europe to referee matches. It happens in the Champions League, why not at domestic league level? Allows teams of referees, just like at international level, to experience different leagues, different atmospheres and different conditions.

ONE THING YOU WOULDN'T CHANGE ABOUT THE GAME AND ONE THING YOU WOULD?
One change – fix the offside law. Any player standing in the six-yard box should be deemed as being interfering with play. Also have a 25 yard horizontal line (from the goal line) which would indicate the START of any offside. Beyond this line, towards the goal, the offside law is active. This would stretch the game allowing more room in midfield for ball players to play.

No change – keep penalty shootouts – love them. Excitement, drama and sudden death. One v one; mental as well as physical and technical strength needed.

THANKYOU FOR TALKING TO THE COLD END MICHAEL AND BEST OF LUCK FOR THE REST OF THE SEASON AND BEYOND
at 19:05