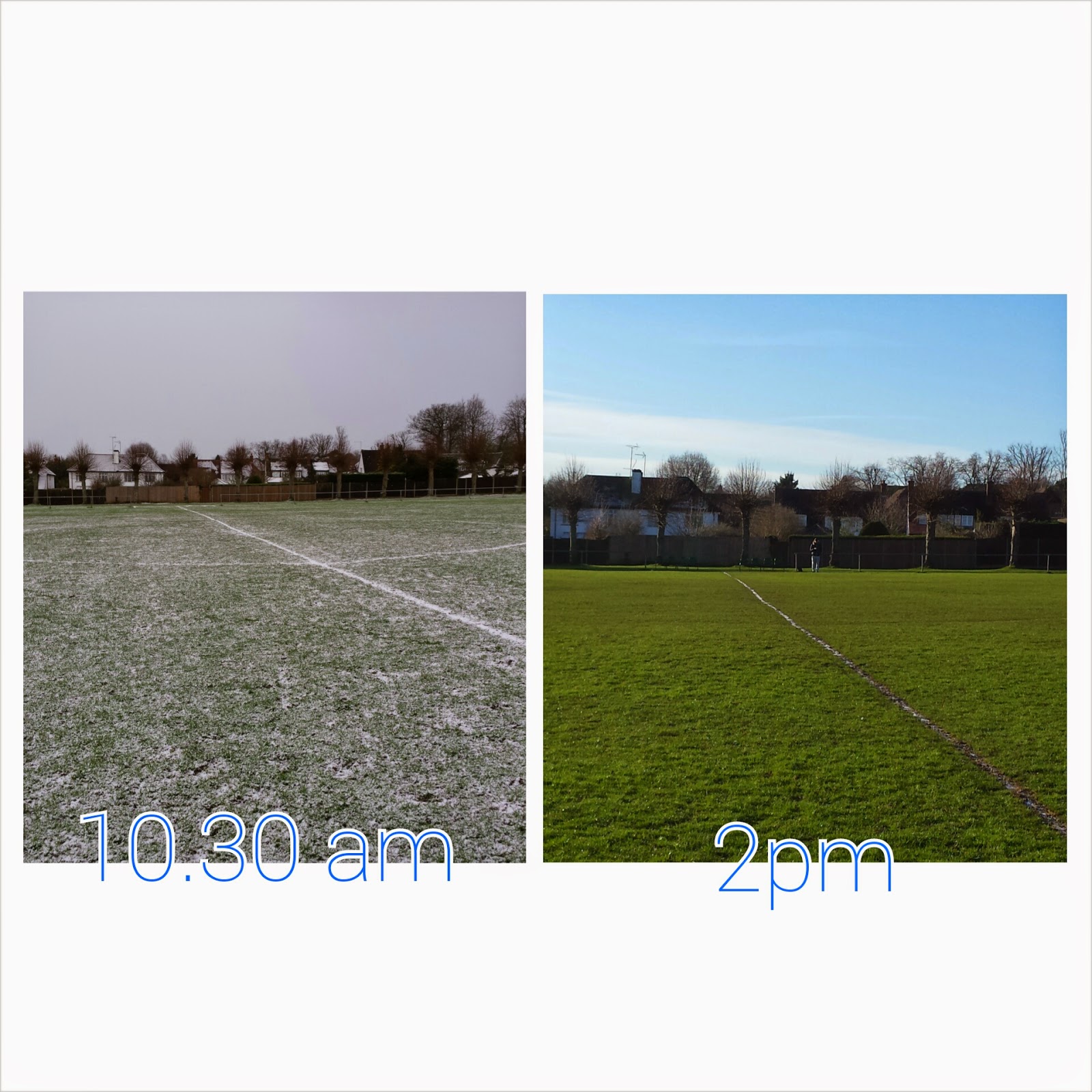 Of course the headline is a little bit of an overstatement but nobody would of thought the game between Knebworth Reserves and Hertford Heath Reserves would be on when the pitch was covered in frost and snow at 10.30am. Surprisingly after a very cold and chilly morning the sun made an appearance around lunch time and melted the ice away to reveal the surface in a decent enough condition for a game of football to be played. It was very soft and heavy in places so the players knew it would be difficult to keep going at 100% for ninety minutes.

To sum the game up the first half was largely forgettable with the second period being predominately bland and stale. It was a 0-0 game that will not live long in the memory. At times the match threatened to flair up into fisticuffs as some of Hertford Heath player's seemed more interested in starting a fight than playing football. I heard the text book football phrase of 'Wait until after the game' mumbled several times. There were some late tackles but nothing really out of order from what I witnessed. The Hertford Heath players may disagree but that's what football is all about - opinions. I'm sure The Cold End has written numerous times before about some players needing to think they are playing in a public park with kids passing by and watching - Cut out the swearing and just get on with the game!!! If player's concentrated on playing the game they would surely win more games and the reward would surely be worth it. 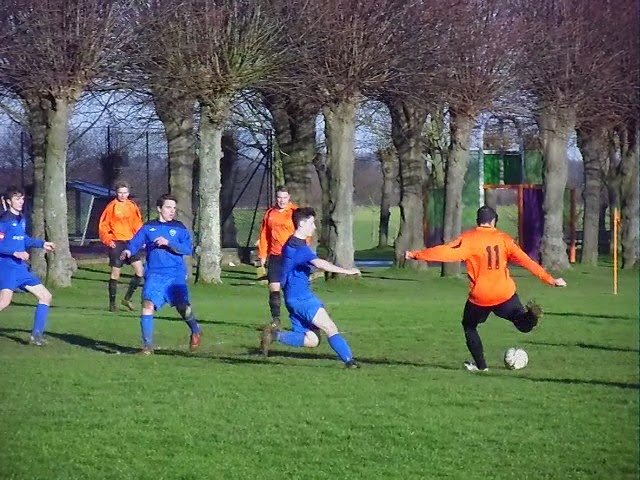 The best chance of the game had come in the opening minutes when Knebworth's Ruben Sanchez rattled the post with a rising shot when he was given too much space just inside the penalty box.

What can the teams take out of today's game? The pitch wasn't conducive to good football so this did contribute to player's creating clear cut chances. New Knebworth manager Frazer Triggs will be pleased with his side's second clean sheet in a row in his second game in charge. For Hertford Heath it was only their second clean sheet of the season so this would of been a positive for boss Barry Greenstreet.

Hertford Heath Reserves are away at Goffs Oak Crusaders next week with Knebworth Reserves welcoming Hertford Town u21s to The Rec.