Their only defeat came back on Saturday 23rd August at home against Broadfields United (1-4) and their only draw against another side in the top five in Interwood (2-2 on Saturday 30th August).

LPOSSA (standing for London Post Office Sports and Social Association FC) were formed in 2004 and joined the Middlesex County League for the 2004/05 season. They play at the LPR club in Sudbury Hill and like Hillingdon are having their best season in the league in their debut campaign in the Premier Division. Their record since joining is as follows -

Tooting and Mitcham Wanderers joined the league for this season after a group of disgruntled Tooting and Mitcham United followers formed the club in 2013. They played the 2013/14 season in the Surrey South Eastern Combination Intermediate Division Two moving up the Premier Division of the MCL for the 2014/15 campaign. 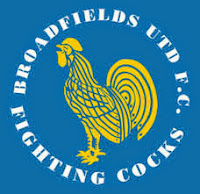 Broadfields United were formed in 1993 and have been members of the Middlesex County League since 1995/96. They came 6th in the Premier Division last season and 5th and the season before. 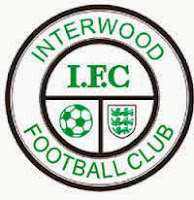 Since being crowned champions in 2012 Interwood have finished 3rd (2012/13) and 3rd (2013/14). The club have numerous youth teams from which many players have progressed up to professional teams since the club were formed in 1990 including Turkish International Colin Kazim-Richards who is currently playing for Feyenoord.