Knebworth welcomed Hatfield Town Reserves to a very windy and blustery Recreation Ground on Sarturday afternoon for a Hertfordshire Senior County League Division One local derby game. As well as the gusty conditions there was also rain to contend with - which at a pitch with only a small amount of cover didn't make it the best place for the fans and officials present to watch the game. It always seems to rain when The Cold End watches the Mighty K's. 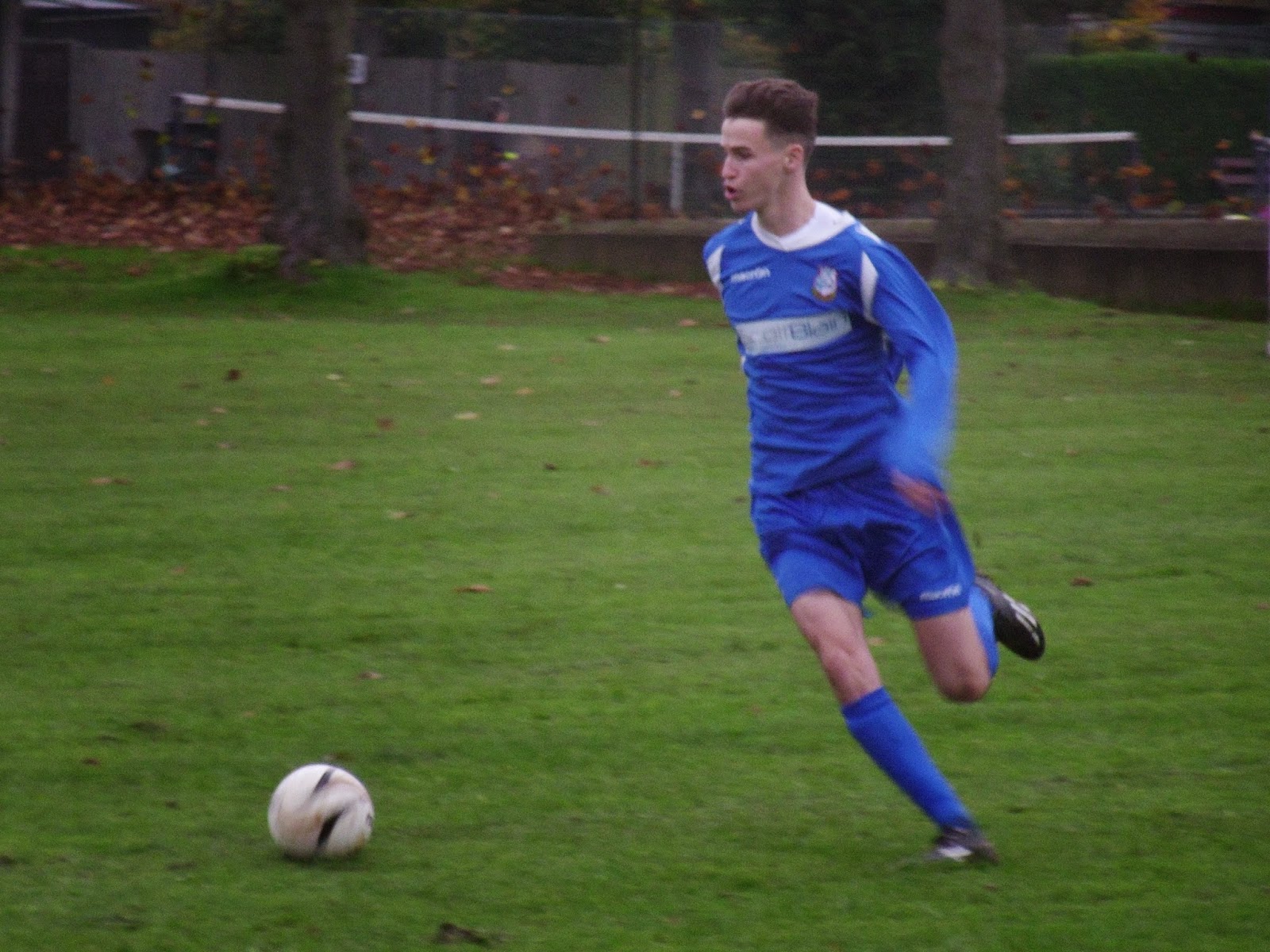 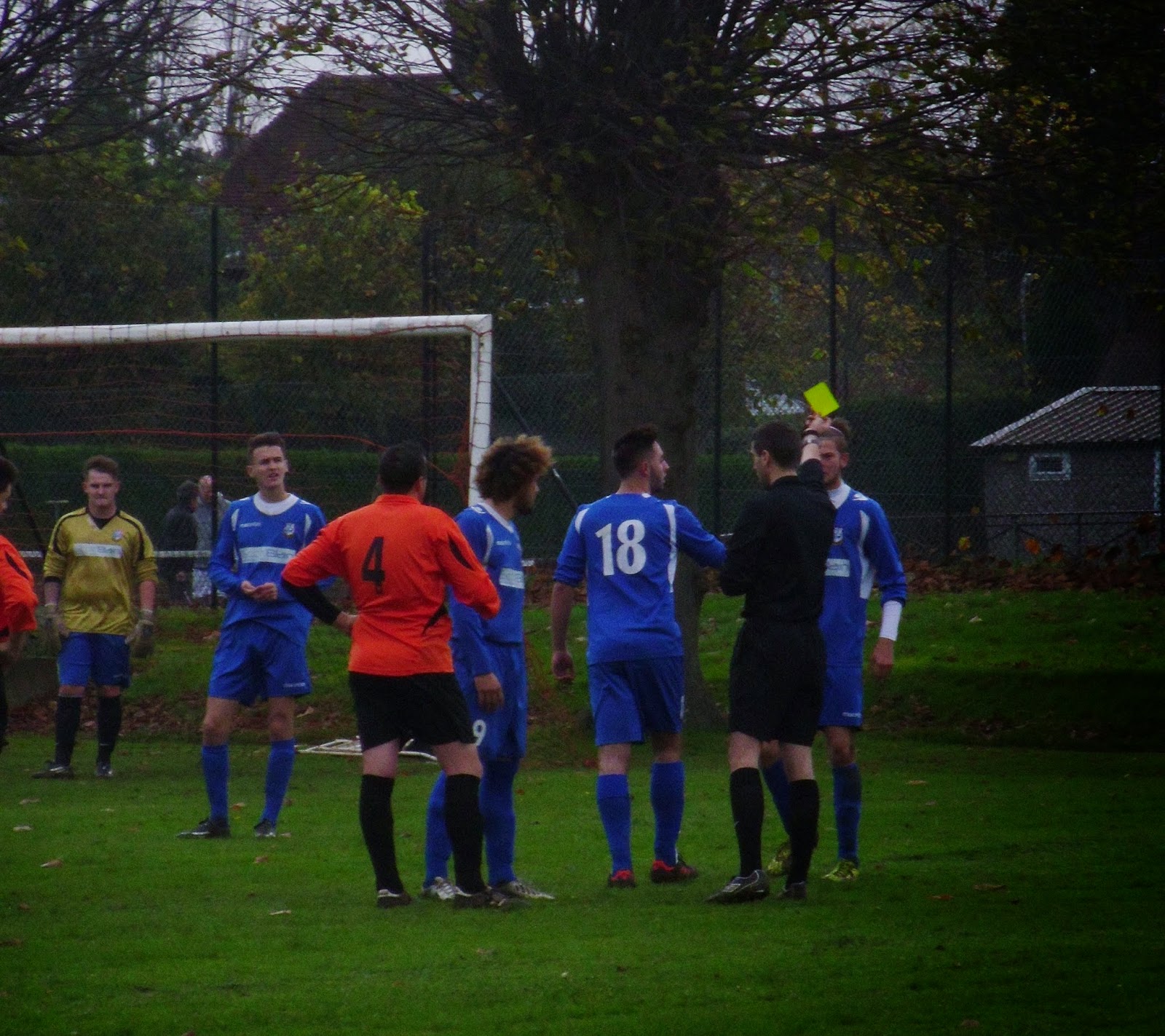 This season Knebworth are under the new management of Ady Bird who joined from Hertford and District League side Bengeo Trinity over the summer. It's been a mixed bag of results so far this season with (prior to kick off) three wins, one draw and five results from nine league games played. Since October (again prior to kick-off) they have improved with three wins from five league and cup games. 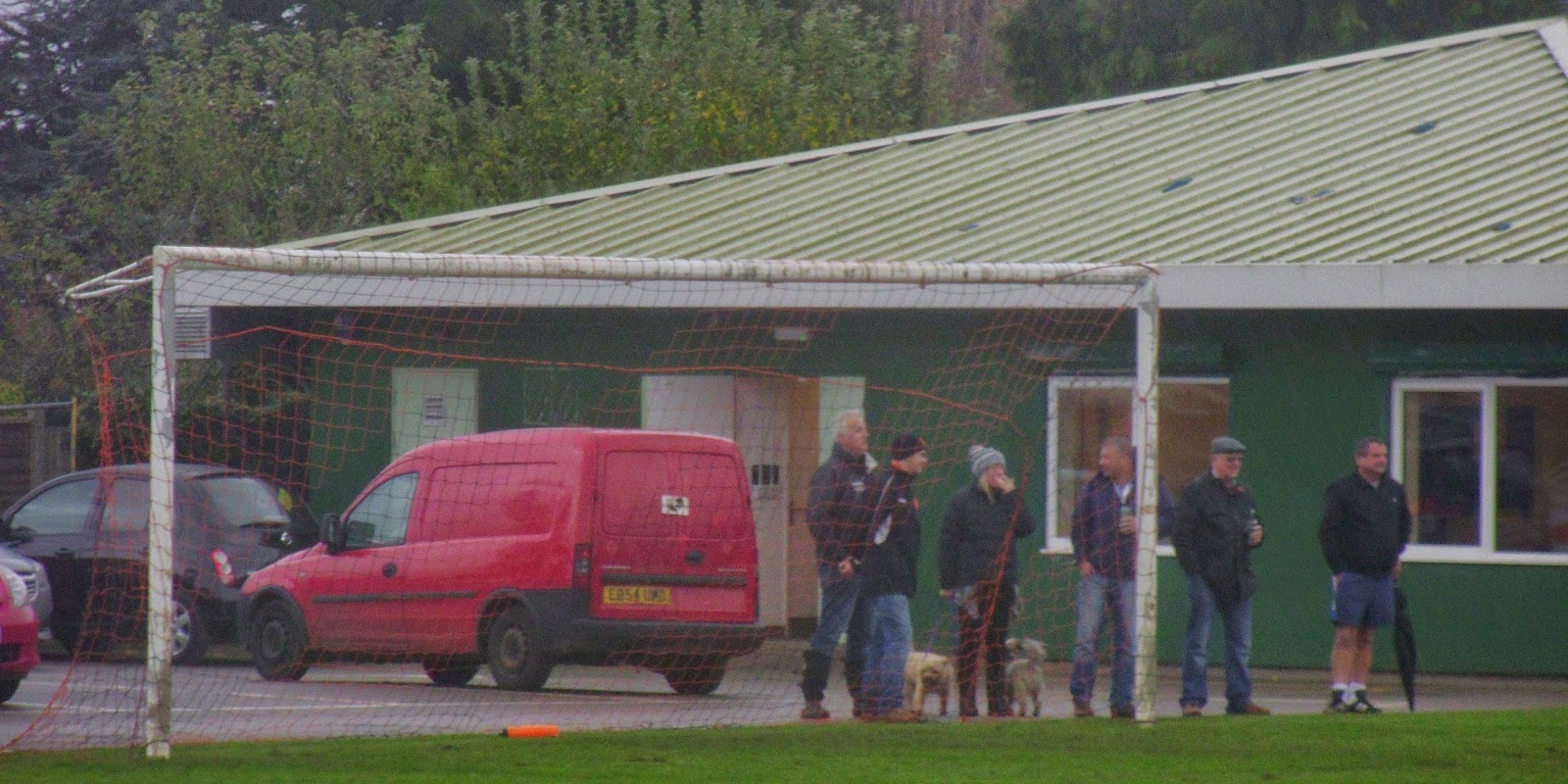 Hatfield Town Reserves have only won two of their six league and cup games so far. Going into this game they had lost 10-0 at league leader's Old Parmiterians last weekend so were looking for some improvement.

Knebworth were on top from the kick off and 4-0 up by half time with one goal by Carl Smith (partially captured on camera...sorry Carl!) the stand out. It was a turn and shot from way outside of the box which flew into the net with a little help from the wind. 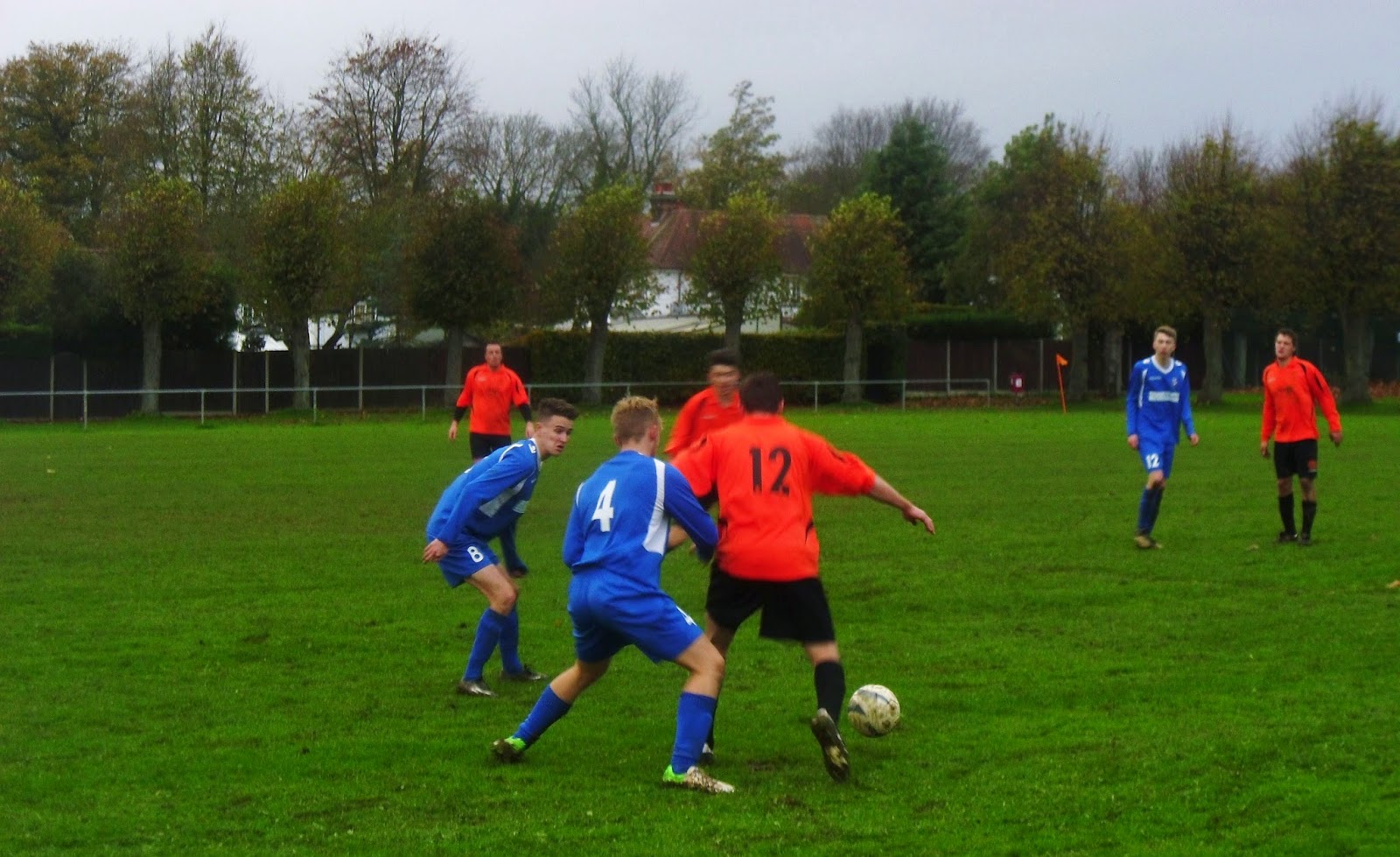 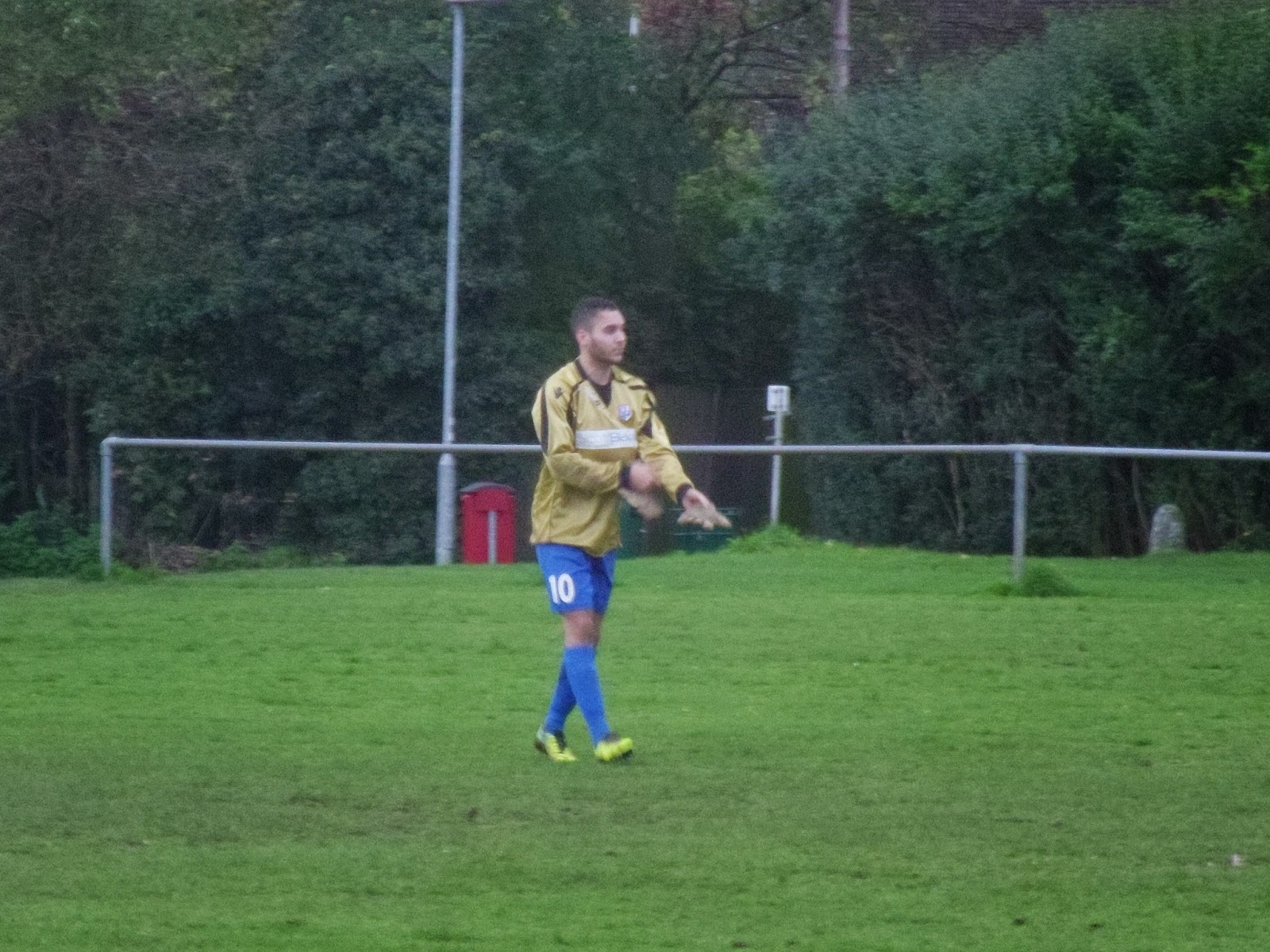 Hatfield came back into the game in the second half with two well taken goals but it was the K's who finished better with two goals from substitute Jordan Folorunso to make the final score 6-2.