A FOGGY NIGHT IN HERTFORDSHIRE BUT THE GAME WENT AHEAD 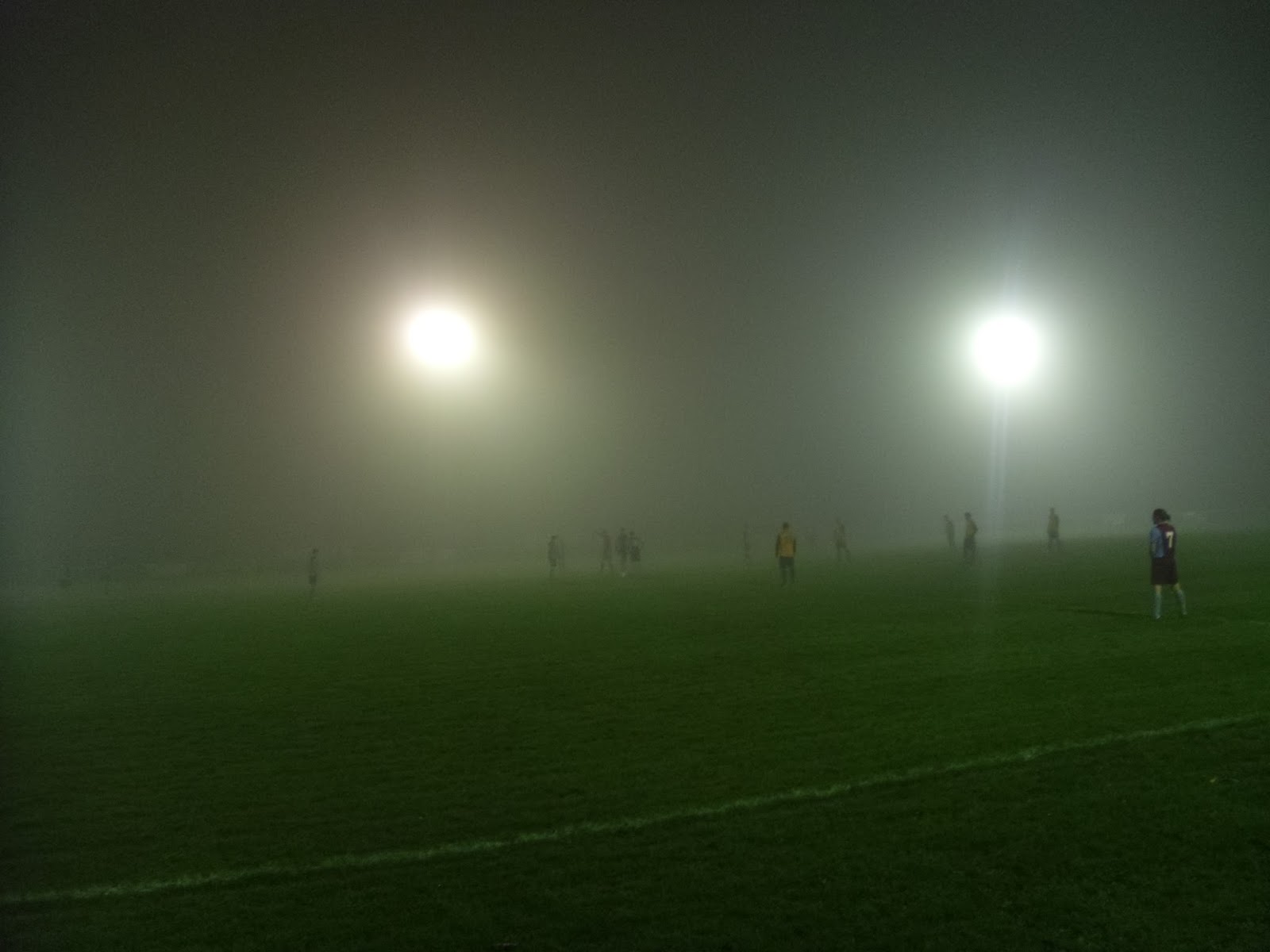 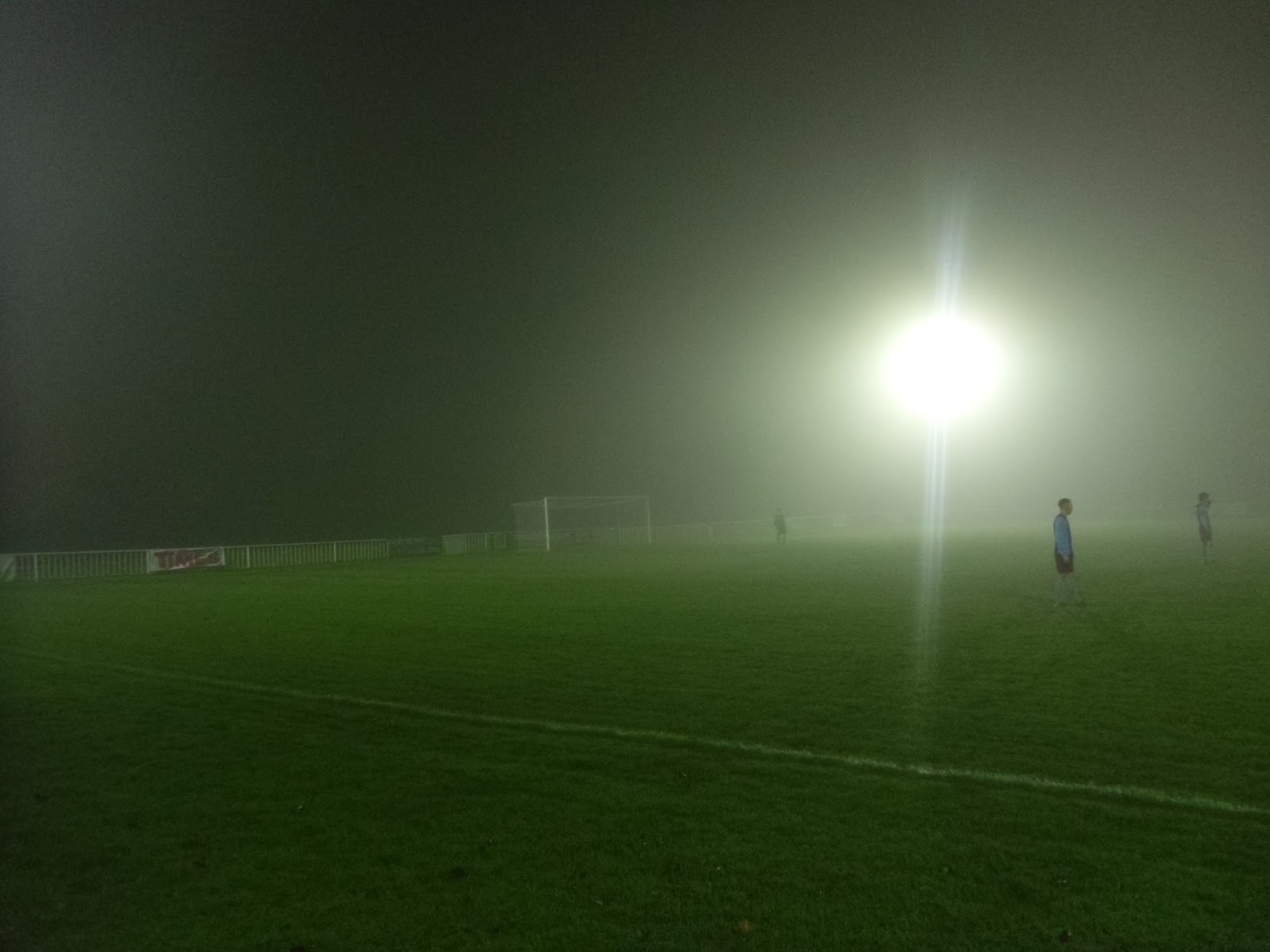 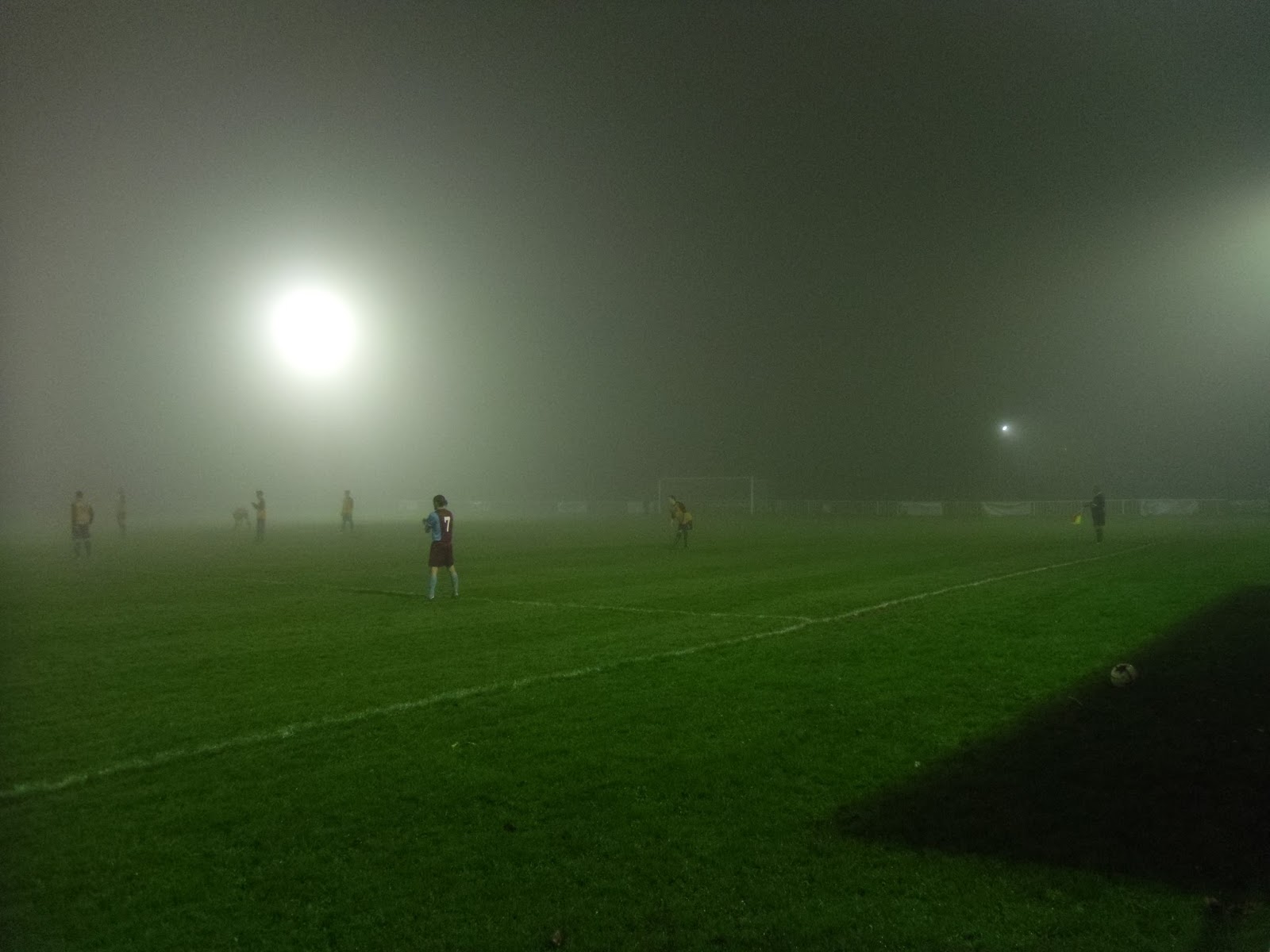 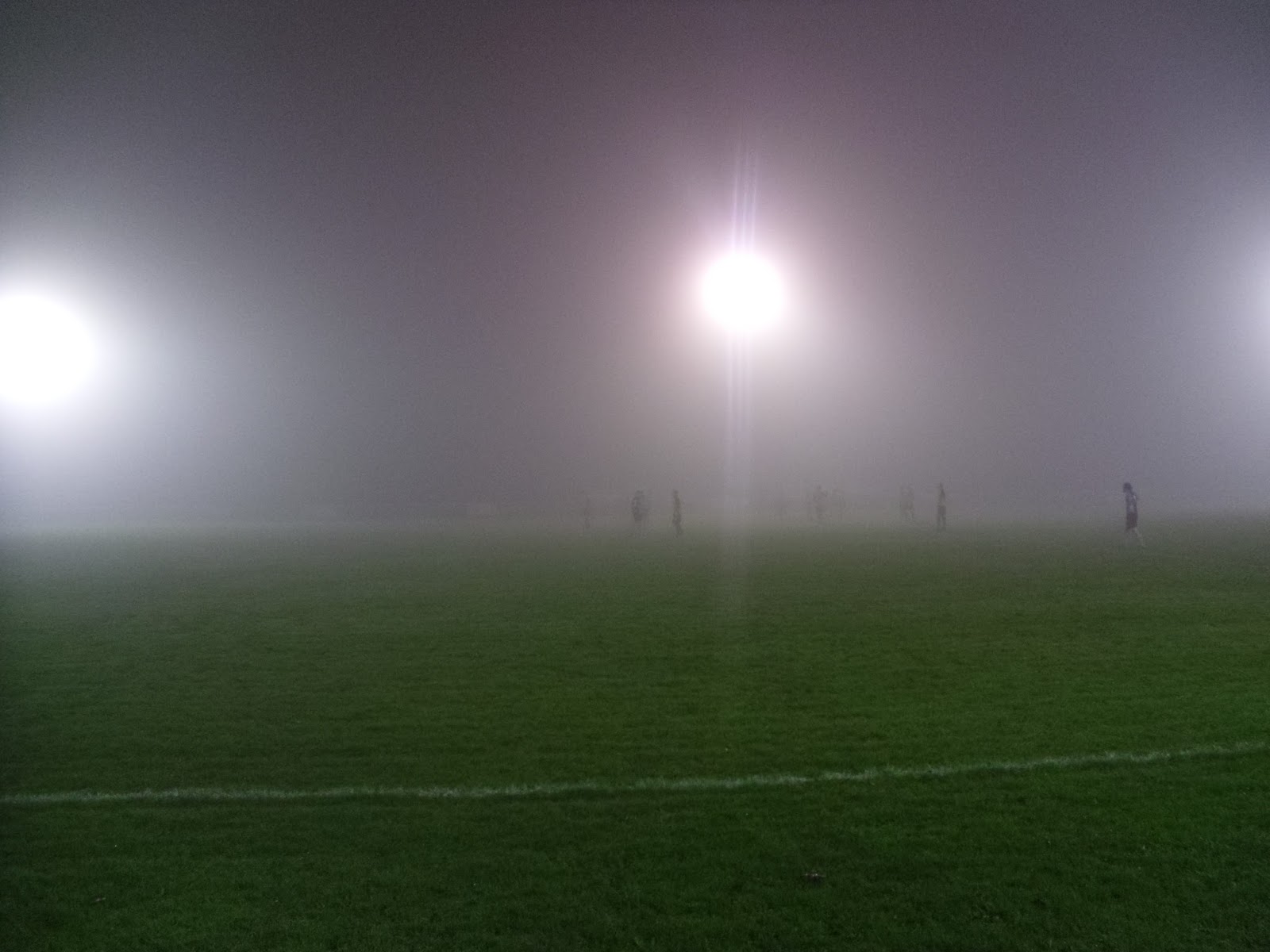 "Who scored that then?" was the question asked by most of the crowd at Herns Way last night when Welwyn Garden City scored the only goal of the game in the first half against Baldock Town. It was really was a case that nobody knew as the fog that descended on the area had given the fans present some challenging conditions to watch a football match in - as you can see from the above pictures. Some match highlights are also below but the fog effected filming for me so it's only brief I'm afraid. They include a great save from the Baldock keeper which the referee gave a goal kick from when it should of been a corner. His reply to a Citizen's player asking for a corner was "I never saw him touch it!" - for once the man in the middle had an excuse with the fog.

The match saw Welwyn 1-0 up at half time with Baldock battling well in the second half to get back into the game but the home side's defence held firm showing why they have only conceded just 3 goals in 12 league games prior to this match. Baldock themselves are having a very good season and this defeat was only their fith in seventeen league games. It's clear both sides will be up the top of the division fighting for the two promotion places available at the end of the season.

Whilst his team didn't perform as well as they can (could put this down to the conditions?) Welwyn manager Adam Fisher will be pleased to pick up another three points in the race for the Division One title.