TOWN HANG ON TO SECURE FIRST LEAGUE WIN OF THE SEASON

It wasn't a pretty game and won't live long in the memory but a combination of Tyler Campbell's early goal and some brilliant saves by Nathan McDonald secured Enfield Town their first three point haul of the campaign last night. Visitor's VCD Athletic can count themselves unlucky not to have left North London with at least a point as they were the more threatening side especially in the second half and when very late on in the game hitting the post and scoring from the rebound only to be flagged offside by the assistant referee.

VCD's small travelling band of supporters were also questioning if there was a foul by Town's Michael Kalu on Ellis Green in the build up to Town's goal...see from 1min 15secs on the video. 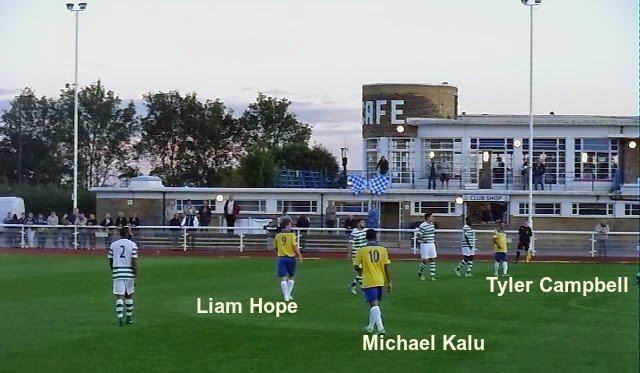