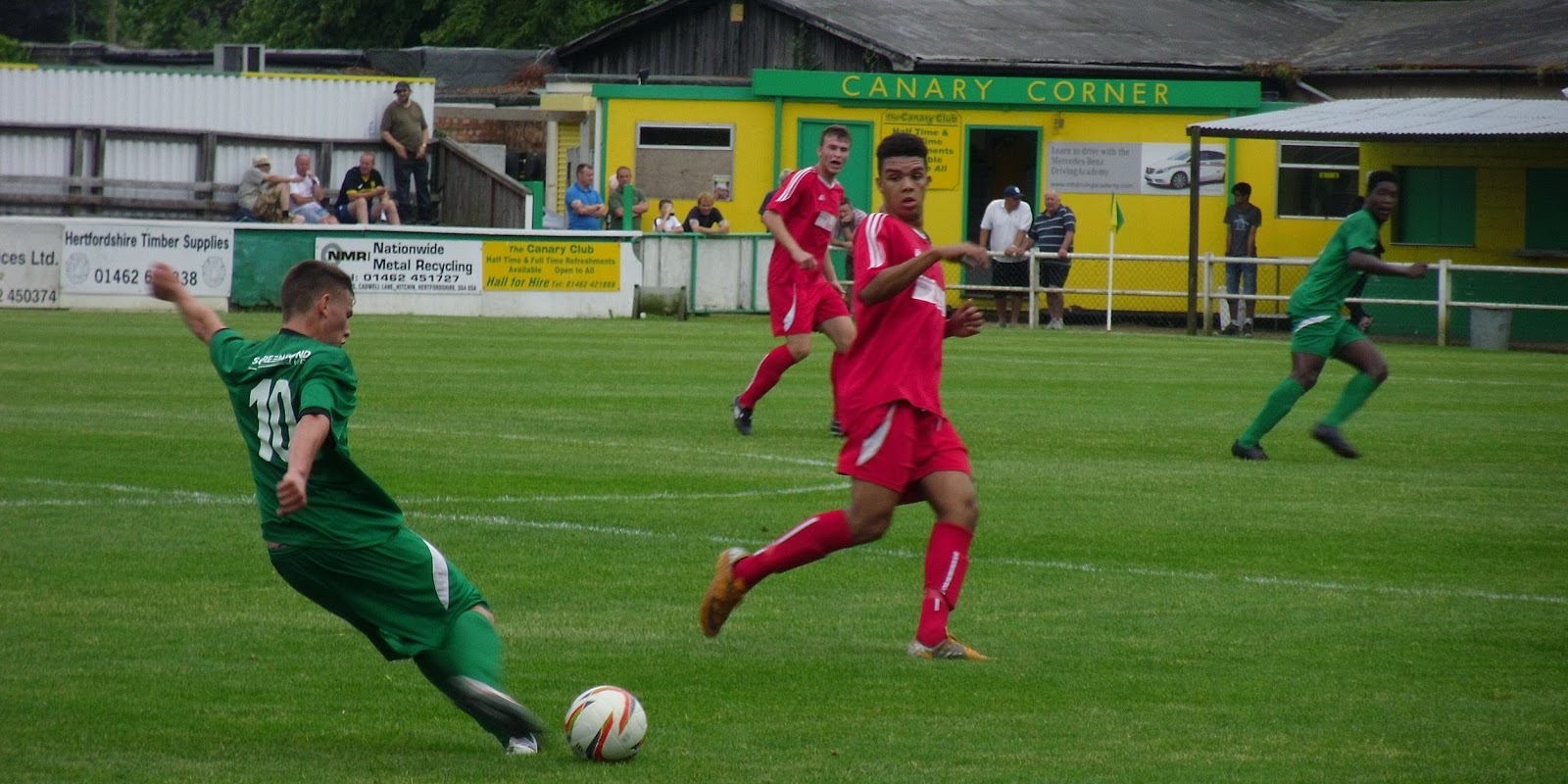 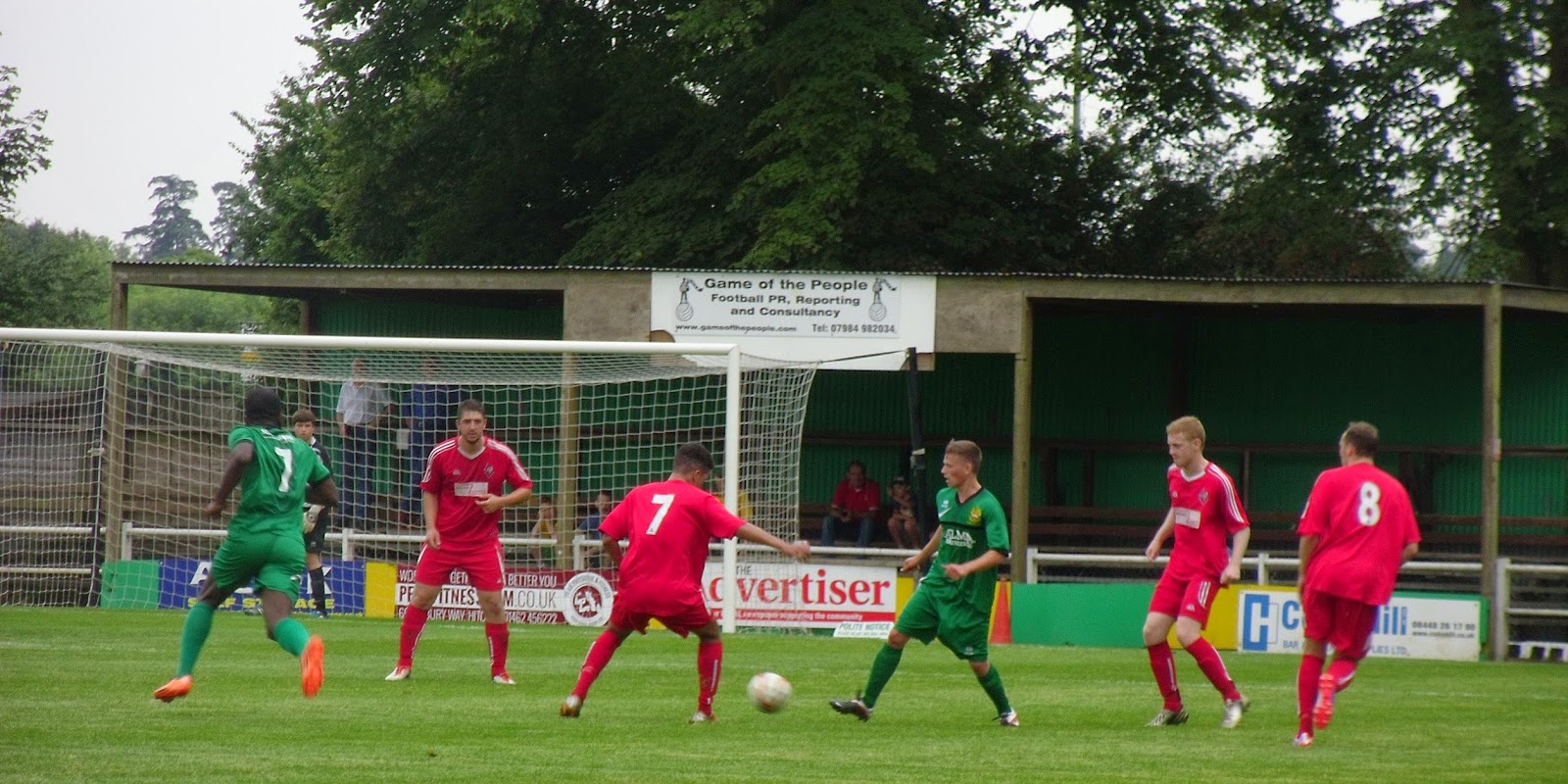 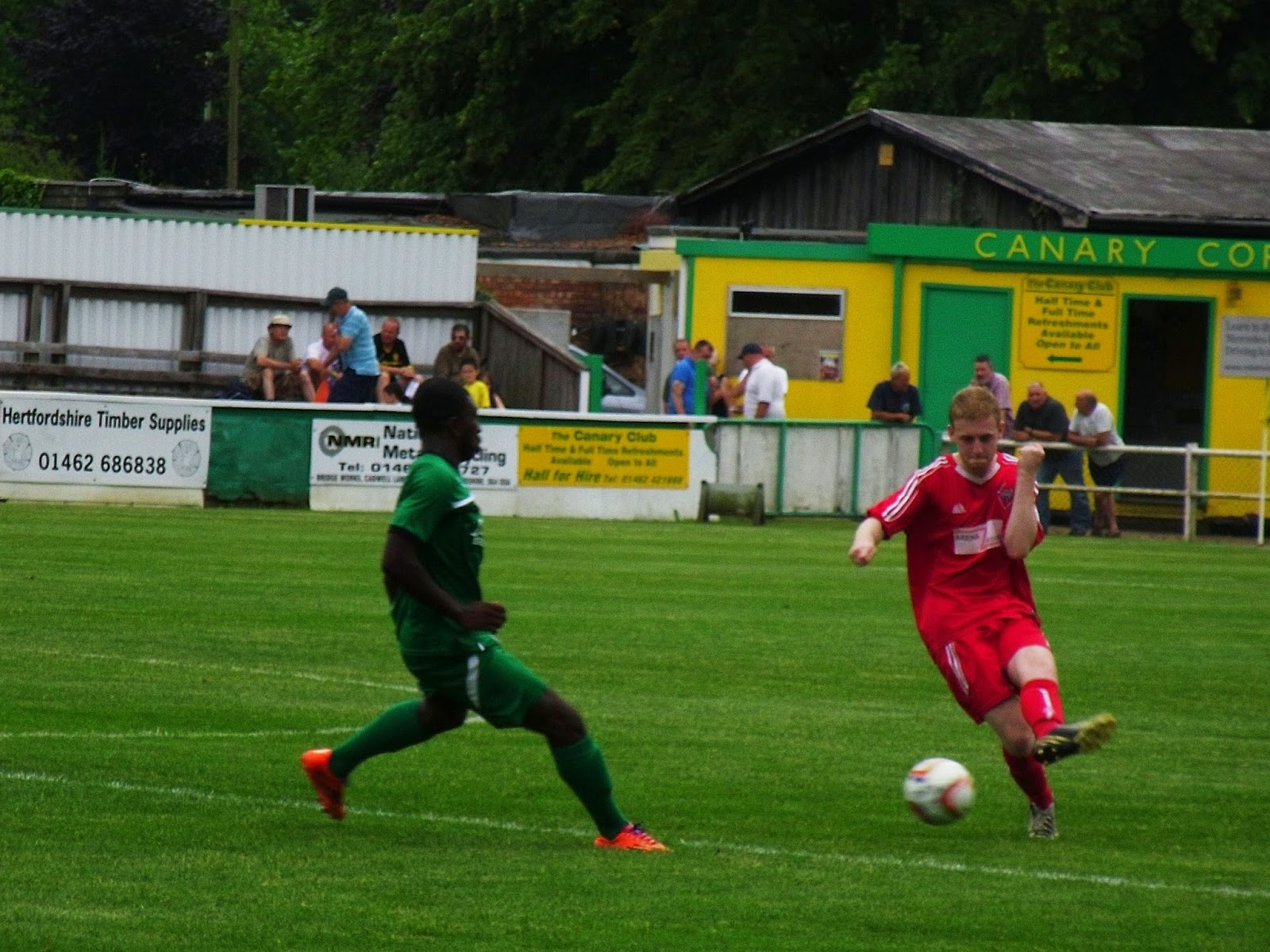 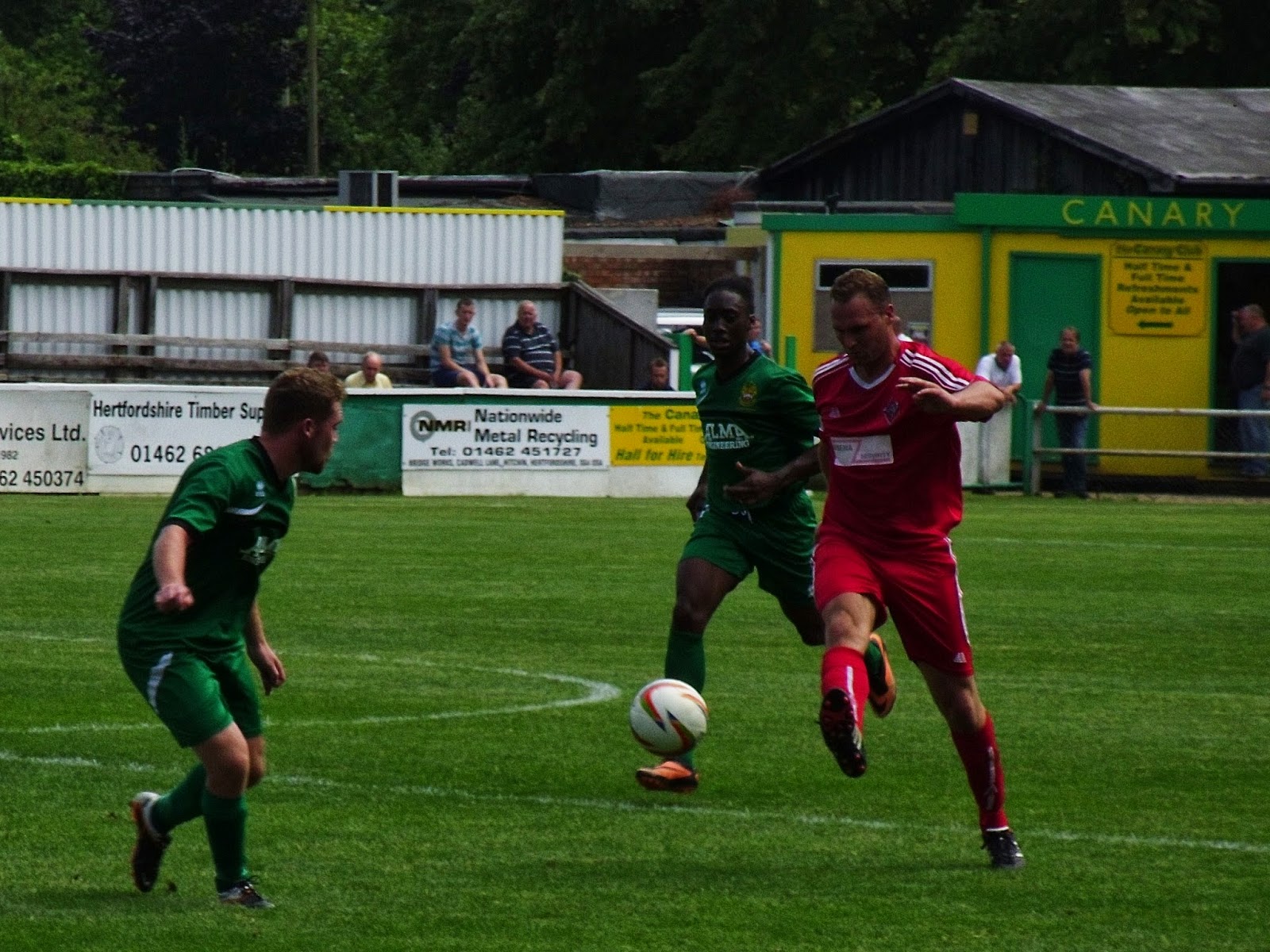 Fresh from a Thursday evening 0-5 home defeat (in front of 1,454 people) against neighbour's and football league newcomer's Luton Town The Canaries played a number of trialists in the three periods of 30 minutes played with a substantially smaller crowd watching. Well done to Hitchin for charging a bargain £1 entrance fee for this game which kicked off at Noon. 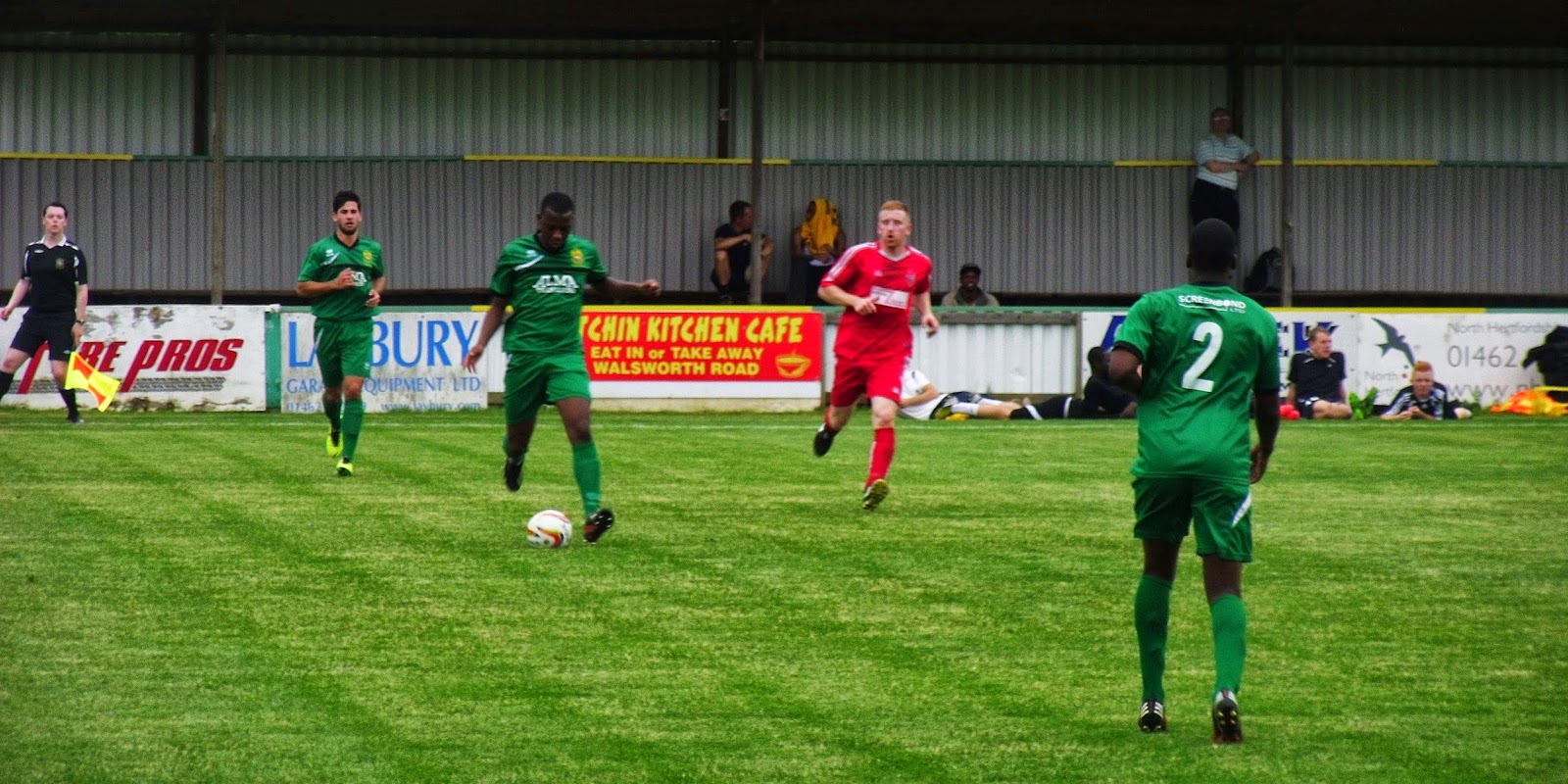 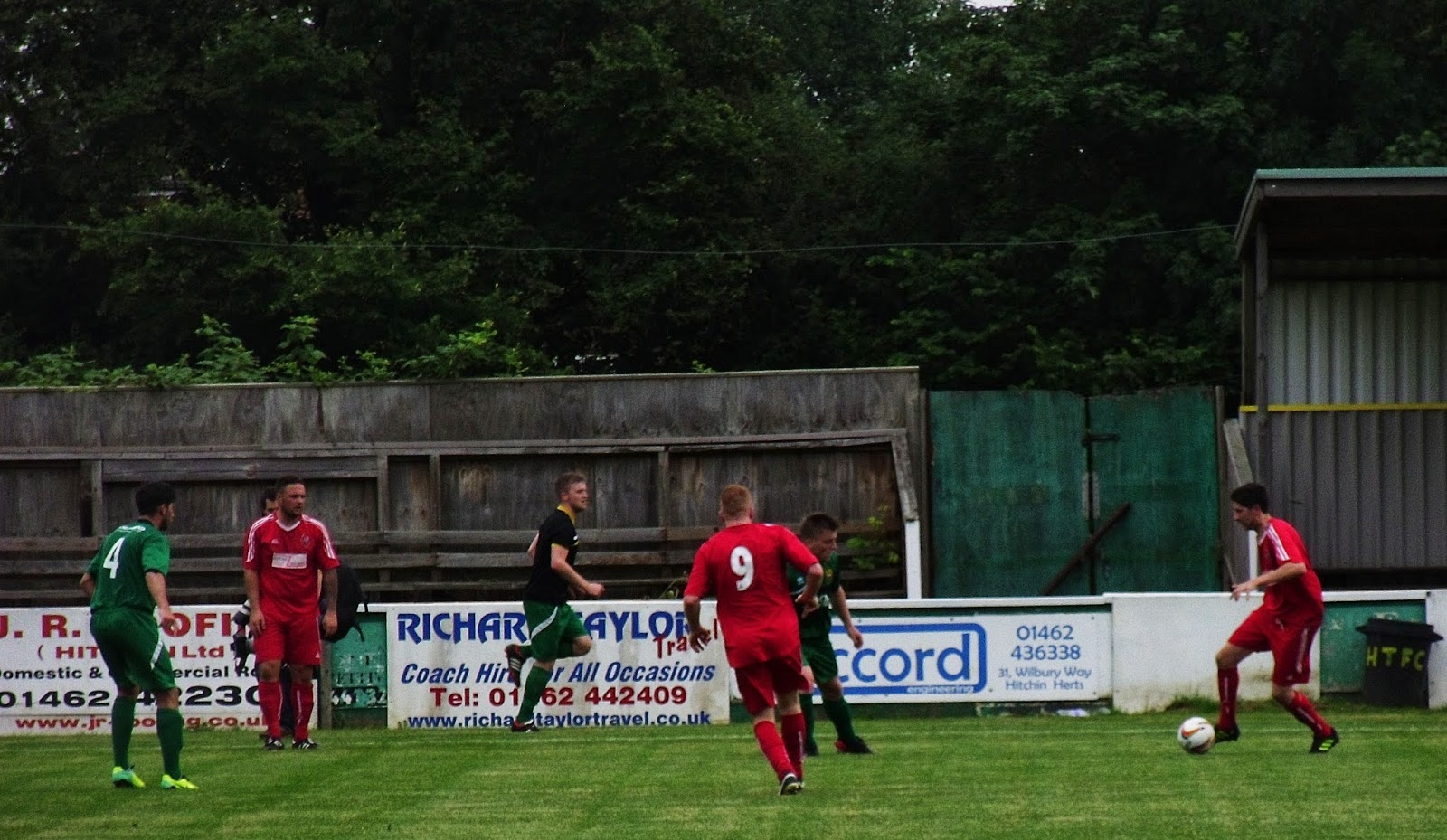 Baldock scored first via a shot from outside of the box by Jack Gregson after six minutes with Hitchin scoring via a Shaun Okojie far post header from a corner in the eighth minute. The match was played in very hot and humid conditions with both teams using roll on/off substitutions. Footage of Okojie's goal is below -