THE TOWN ARE STAYING UP!! 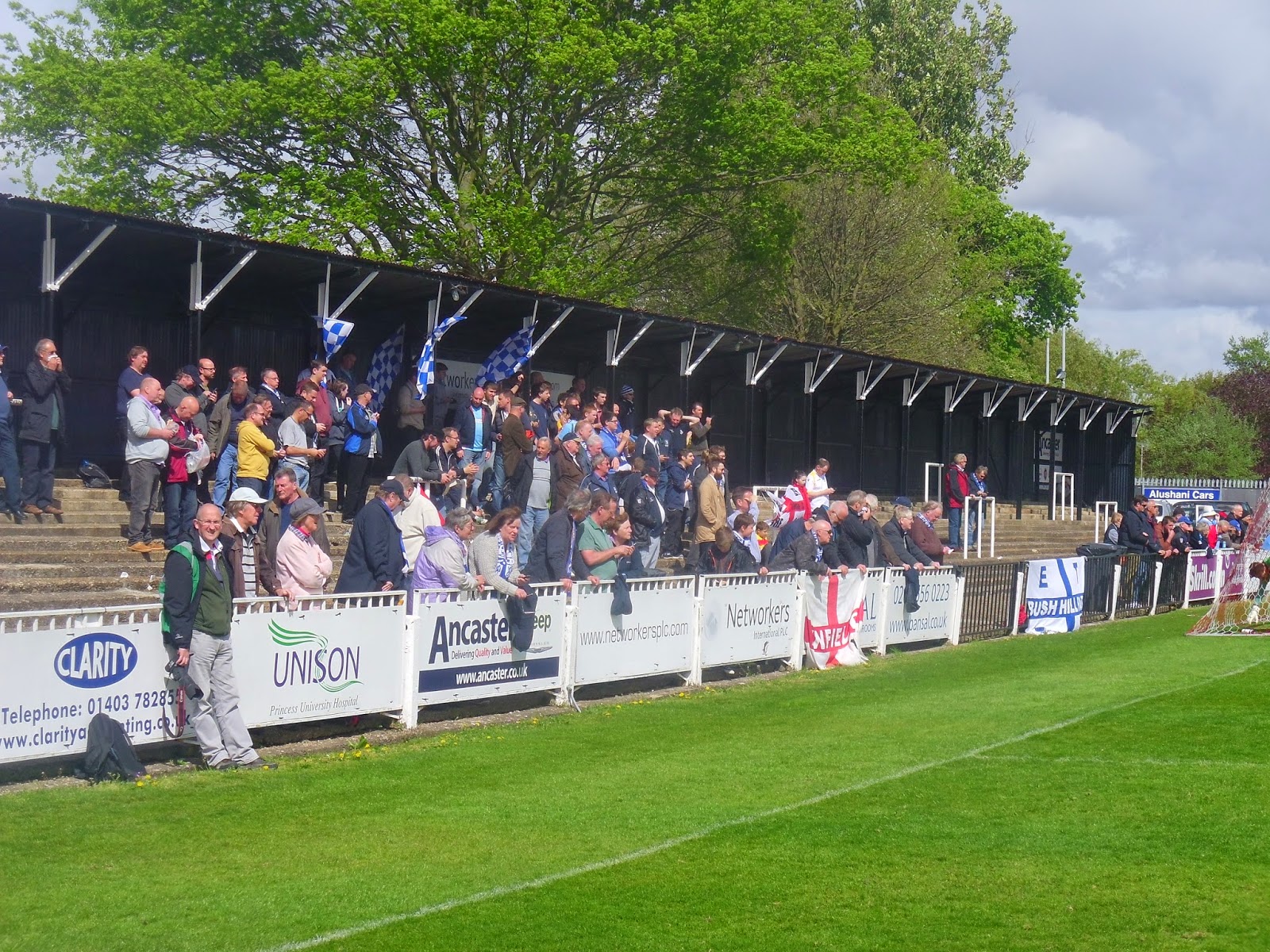 What a dramatic and tense afternoon it was at Hayes Lane as Enfield Town recorded a 1-2 victory over Cray Wanderers to secure their Ryman Premier Division status for the 2014/15 season.

With East Thurrock United coming down from 0-2 down to beat Bognor Regis Town 4-2, Wingate and Finchley beating Billericay 4-0 and Town only drawing 1-1 at around 70 minutes played it would of took just two more goals from Wingate for them to stay up on goal difference. They did get one more and make it a full time score of 5-0 but it was Ryan Doyle (who had hit the bar in the first half with a header) who was the hero for Town as it was was his goal who sent the mass ranks of travelling Town Ultras wild in the 73 minute to make the score 1-2.

For Wingate and Finchley it's unfortunately relegation back to Division One (North) on goal difference from East Thurrock United. Thamesmead Town (who needed a extraordinary sequence of results to avoid relegation) are the other side joining Carshalton Athletic and Cray Wanderers in the bottom four despite beating Bury Town 4-2 at Bayliss Avenue.

I wonder what price you would of got for all four teams (Enfield Town, East Thurrock United, Wingate and Finchley and Thamesmead Town) winning before kick off? 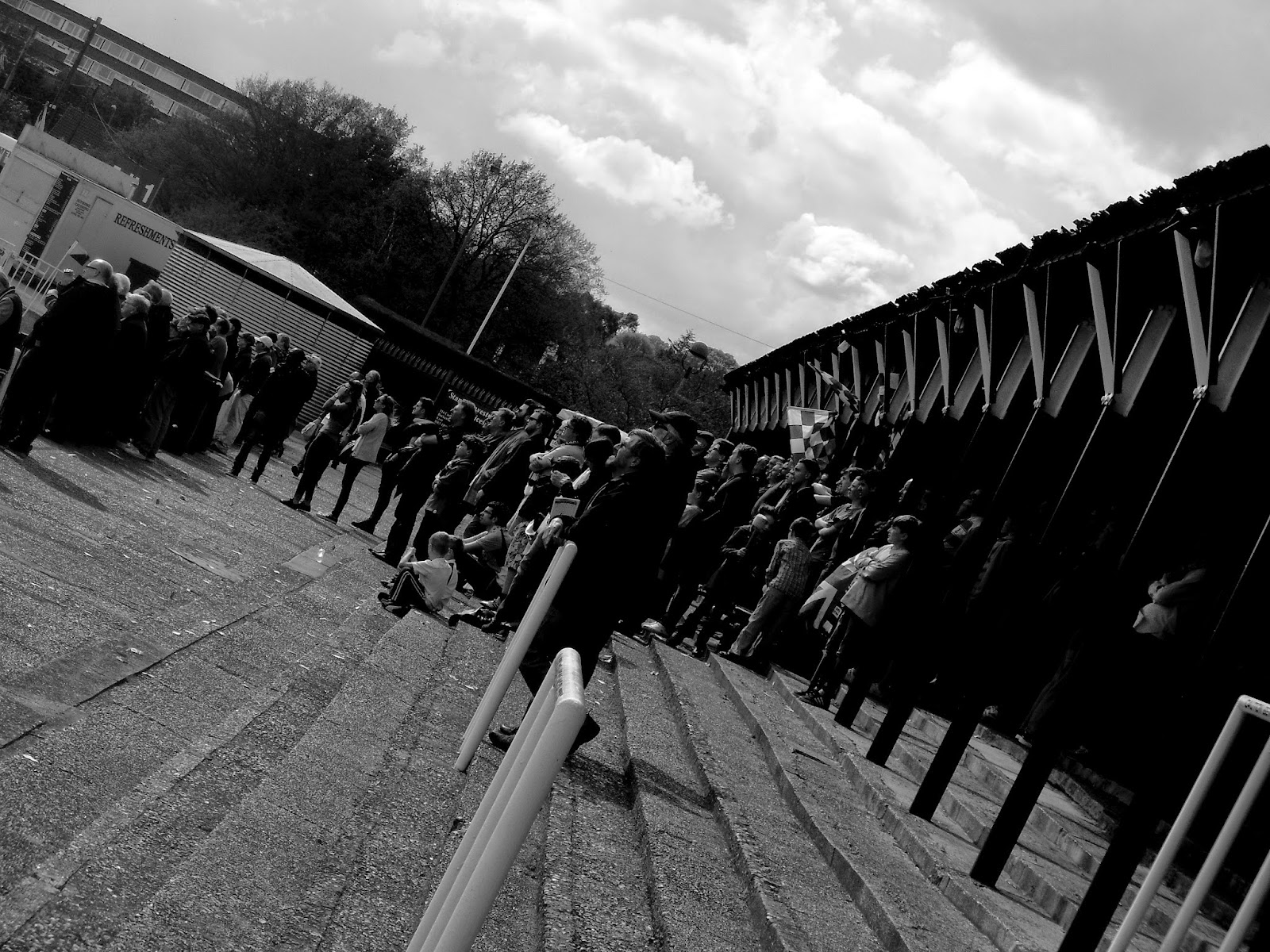 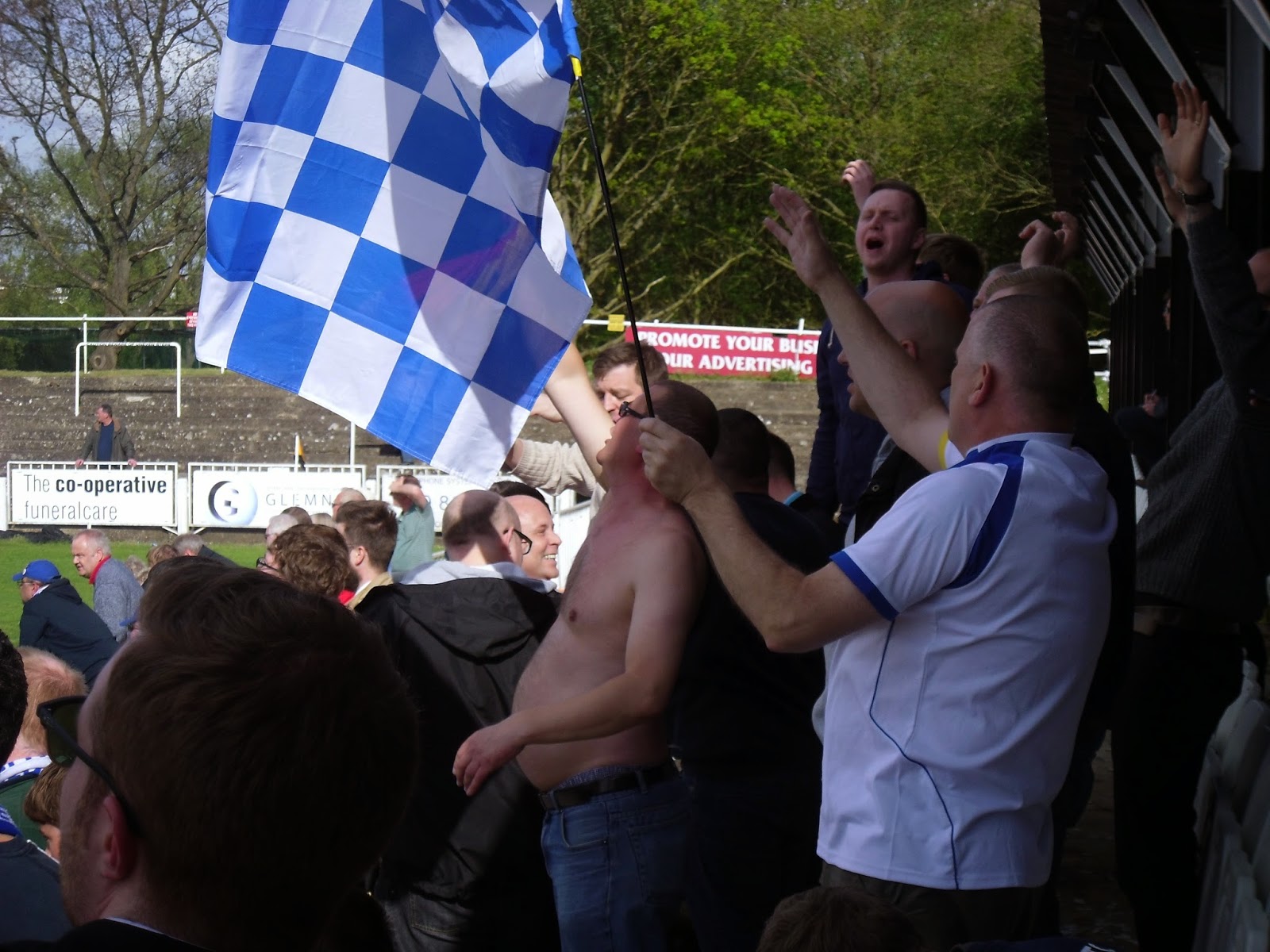 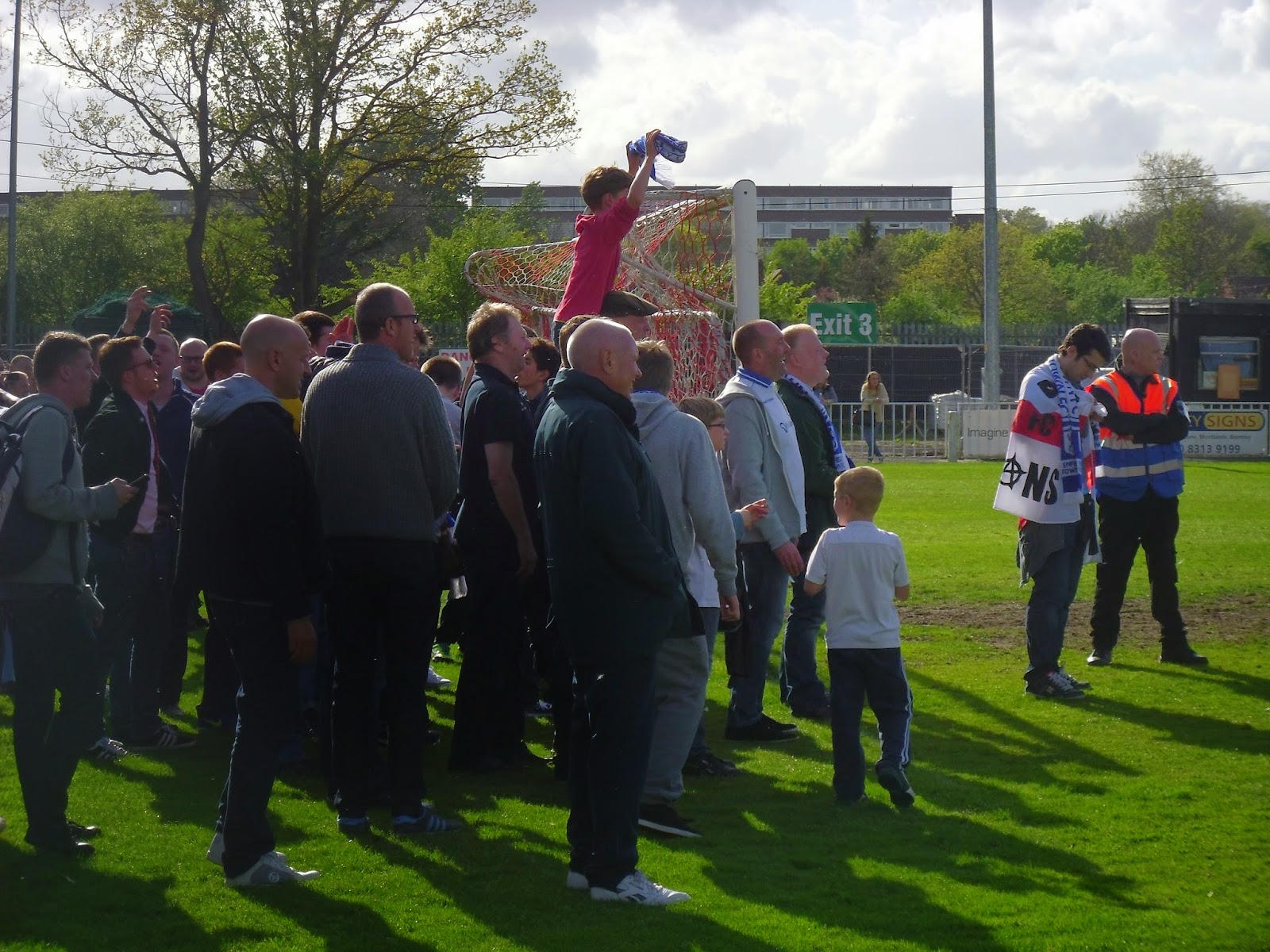