CODICOTE V BEDFORD - WHO WOULD BE A REFEREE?

I was going to write a big article on this match after hearing some of the comments aimed at the referee by people on the away Bench on Tuesday night but I'll let the video tell the story along with a small mention on, in my opinion, the most unbelievable comment I've ever heard at a football match.

I'll say no more apart from the fact many managers, coaches and players need to read up on the FA's respect campaign and concentrate more on our beautiful game rather than barracking the man or lady in the middle or running the line. 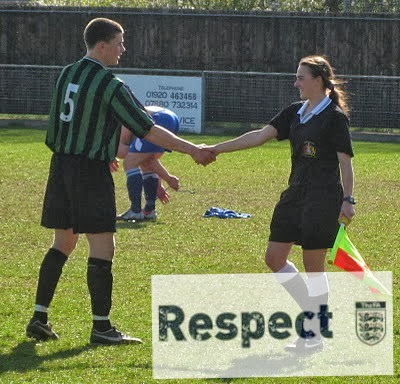 The game ended 1-1 after extra time. Codicote took an early lead with Bedford equalising in the second half. A draw was a fair result. It went down to penalty kicks which are at the end of the video below.

MATCH HIGHLIGHTS are below