A POINT GAINED - TOWN COME BACK AGAINST TRAWLERBOYS


Lowestoft Town were seemingly cruising to a routine victory at Donkey Lane yesterday afternoon when Michael Frew scored to make it 0-2 on 54 minutes but Enfield Town showed some real spirit, grit and determination to dig deep and come back to gain a hard earned point.

Chris Wild scored with a header from a corner on 59 minutes before Corey Whitely guided the ball past Lowestoft keeper Ashlee Jones, after some good work by substitute Walid Matata on 84 minutes, to make it 2-2. Town could of even won it with some good chances in the closing moments of the match.

Special mention has to go to Noel Imber who made an impressive save when the score was 0-2. The Town keeper was just able to tip Robert Eagle's looping shot from outside of the box around the post. 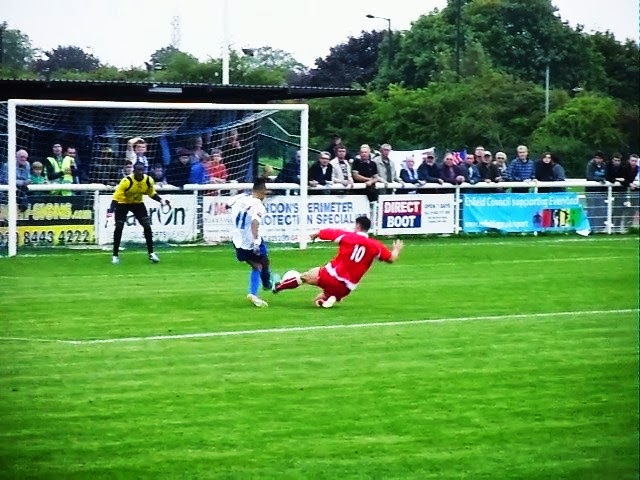 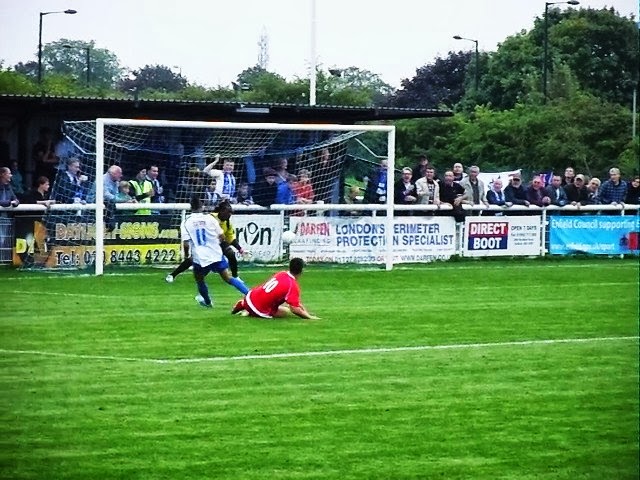 Town's next game is at The Queen Elizabeth II Stadium on Tuesday night when AFC Hornchurch visit. The Urchins will be really tough opponents as they are currently in fourth place and have only lost one of their ten league games so far. Yesterday they recorded a good victory at Leiston. The score was 1-1 on 85 minutes but three late goals made the end score 2-3. Stefan Payne bagged a hat-trick scoring all three for AFC. Fulham paid Sutton United a reported six-figure fee for the striker in 2009 but he never made the grade at Craven Cottage. He went onto play for Gillingham, Braintree Town, Aldershot Town, Sutton United, Macclesfield Town and Ebbsfleet United before moving to Bridge Avenue. He'll certainly be a player to watch out for on Tuesday evening.

With The Urchins riding high in the Ryman Premier they will certainly bring a decent following to the game so it'll be a great atmosphere under the lights at the home of football in Enfield.

Match highlights are below from some different angles than the usual one as I was juggling parent duties with filming the game. My six year old lad is now a fully fledged Towner!! All four goals are included.