THE SEASIDERS TAKE A SMALL STEP CLOSER TO WEMBLEY 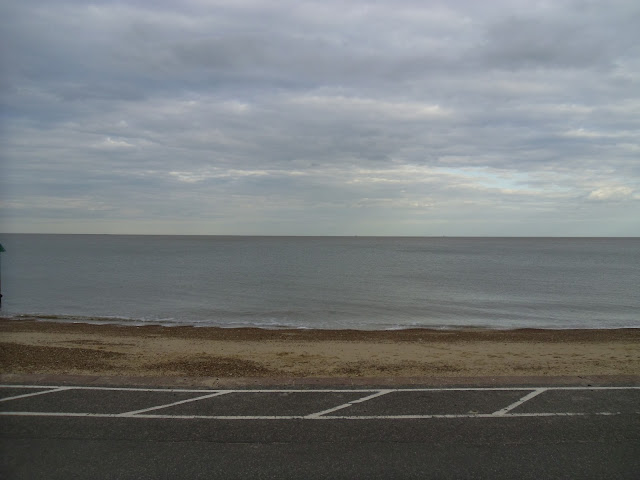 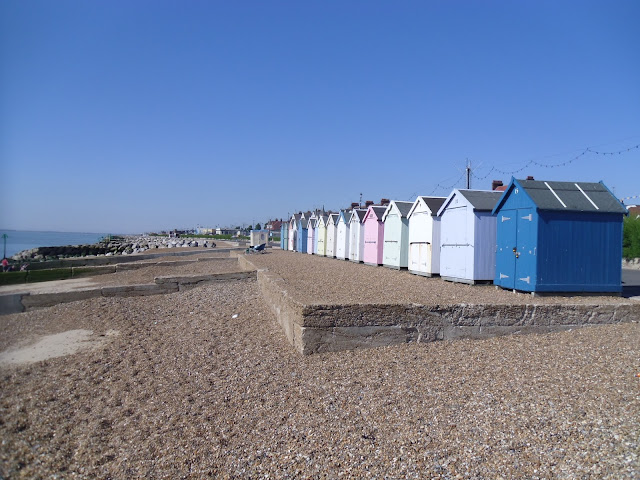 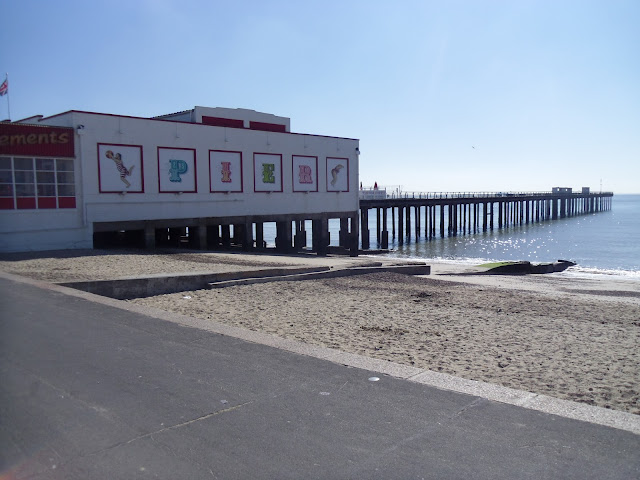 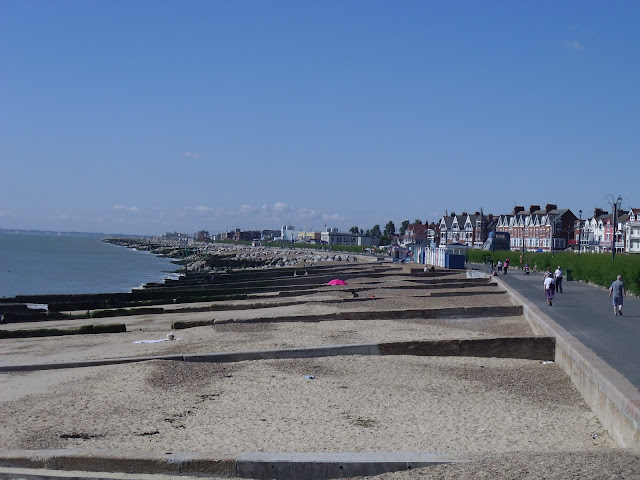 Regular readers of The Cold End will know I am a big supporter of the Great British Seaside and I can recommend a visit to the Suffolk town of Felixstowe after spending the last week there with my family. It's a small town that's probably more well known for it's port where the big ships load and unload each day - not the fact it's got a decent seafront and lovely beach along with a pier with some nice shops, pubs and cafes/places to eat to visit. 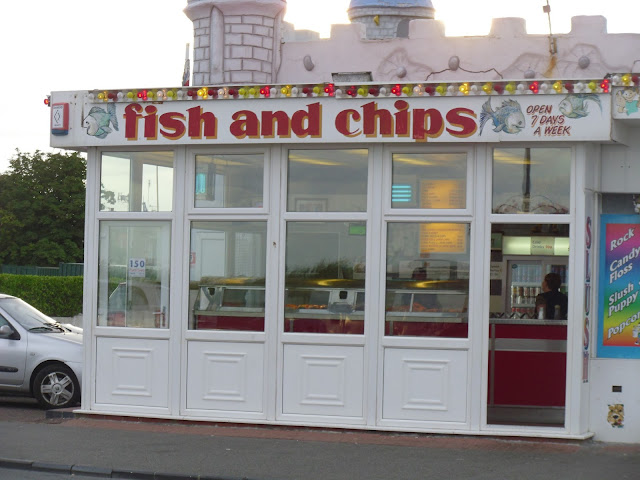 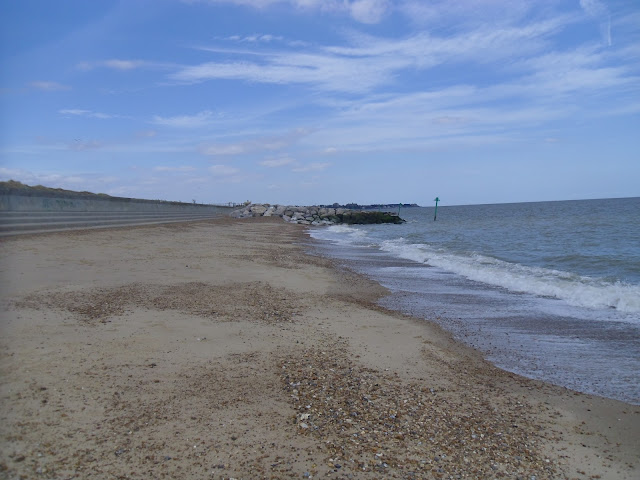 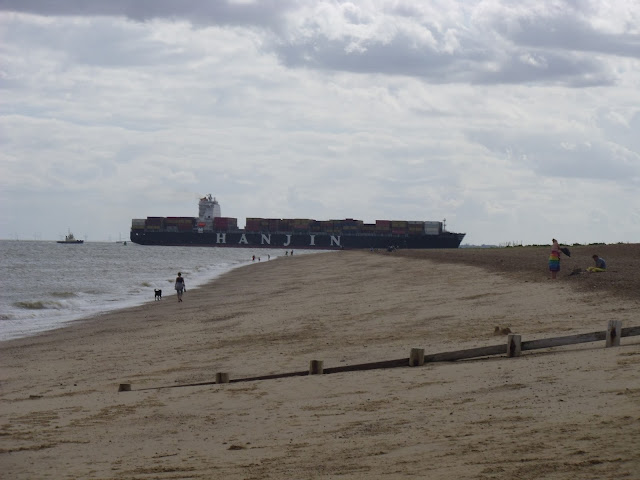 The town is also home to Felixstowe and Walton United who play in the Thurlow Nunn Eastern Counties League Premier Division who entertained Saffron Walden Town, who play one level below them in Division One, in the Extra Preliminary Round of the FA Cup on Saturday. 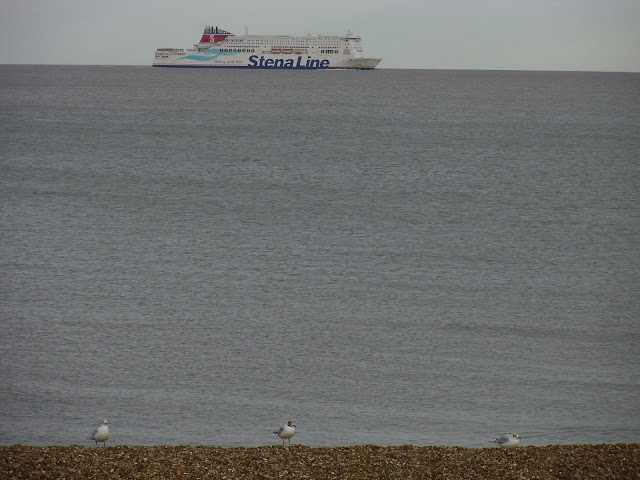 The Seasiders were formed in 2000 when Walton United and Felixstowe Town (who were at the time called Felixstowe and Port Town due to sponsorship) merged to form the current club.

Saturday's game was somewhat scrappy affair played in windy conditions at The Goldstar Ground. The home side included a number of ex Needham Market players whom Enfield Town fans would recognise in Rhys and Bradley Barber, Lee McGlone (also played for Leiston) and Danny Smy. Manager Kevin O'Donnell was club coach for The Marketmen for five years and helped in their promotion to the Ryman League.

Saffron Walden Town, the oldest football club in Essex, were formed in 1872 and first played in the cup in 1878 when they lost to Upton Park by 0-5. They are jointly managed by Colin Wallington (who has been in the hot-seat at Maldon Town, Tiptree United and Burnham Ramblers) and Stuart Wardley. The 38 year old, who played the full 90 minutes of the game, started his careeer at Saffron Walden back in the mid 1990s. 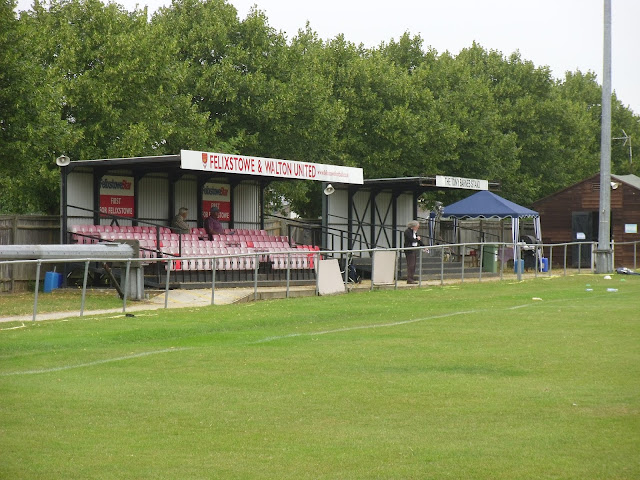 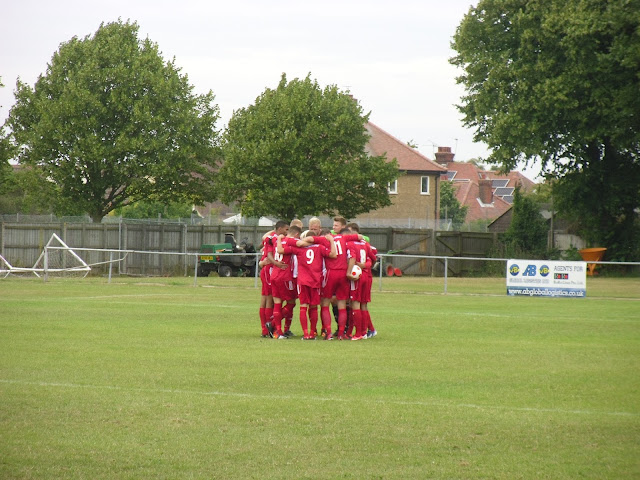 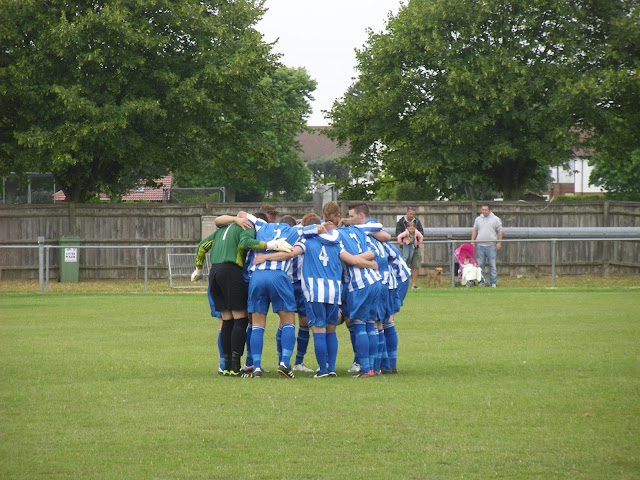 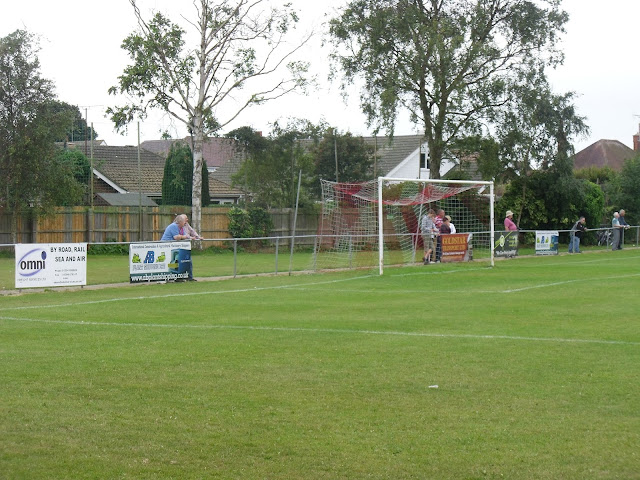 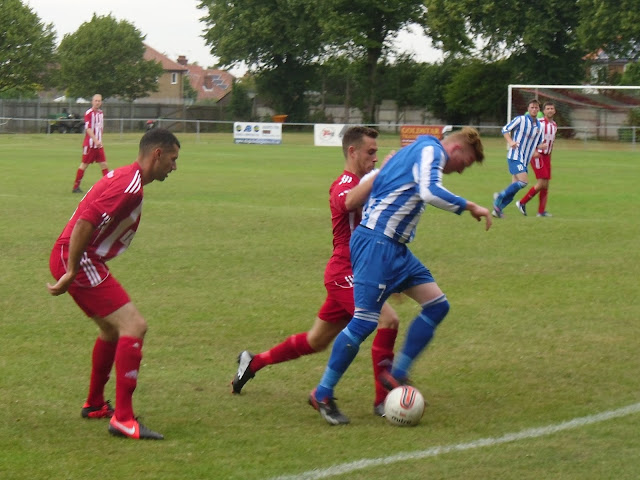 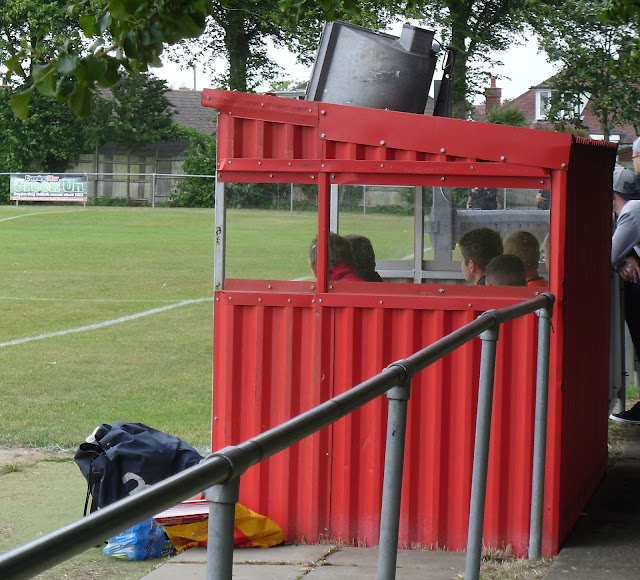 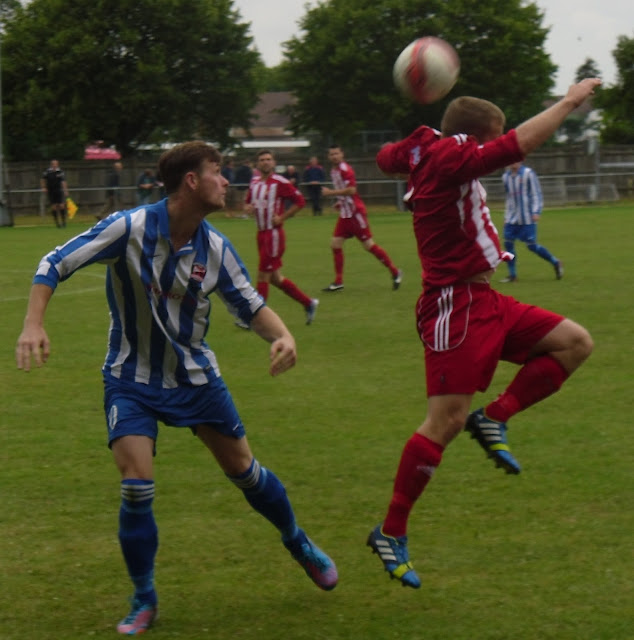