A GAME OF TWO HALVES AT BURY LANE 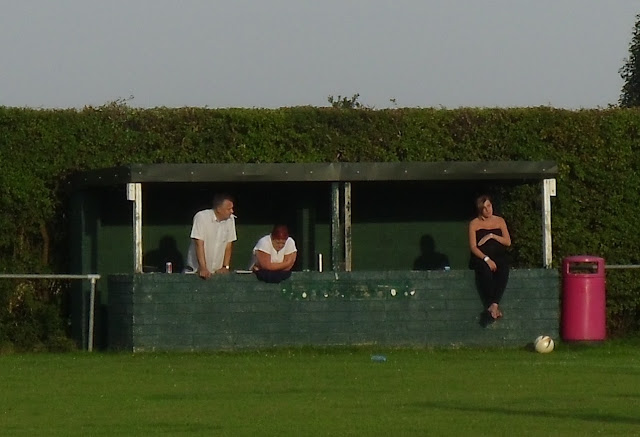 Codicote FC left the Hertfordshire Senior County League in 2012 to join the Spartan South Midlands League but for the 2013/14 season the Cod Army will field a team in Division One of the league. "Codicote Sports" are basically the reserve/development side for the first team and will play their home games at The John Clements Memorial Ground in Bury Lane where their first team are currently unable to play due to ground regulations.

Sports played their first home game in the league on Wednesday evening when they entertained AFC Hatfield who had won their opening game of the season 2-1 at home to Lemsford on Saturday. The home side had begun life in the HSCL by losing 6-2 at Hertford Heath.

A crowd of around 10 people were present at the 6.30pm kick off which grew to around 20 by the end of the game as more people arrived to watch the action.

It was real game of two halves with AFC more or less dominating the first 45 minutes. They hit the woodwork twice and went into the break 0-1 up thanks to a good short-range finish. Having said this they were lucky to be winning as the home side did hit the post right before half time. (See video from 4m 10secs). Codicote played much better in the second period but despite this it was still 0-1 with around twenty minutes to go. 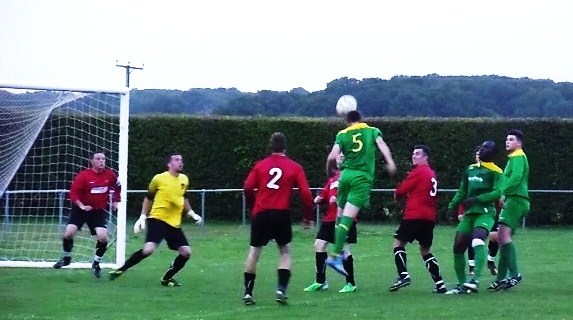 Just when it looked like AFC would hold on to take the three points the home side scored three quick goals with the second a fantastic finish from the edge of the box which can be firmly filed under an early entry in a contender for goal of the season? Have a look on the video from 8m 50secs to see if you think the same.