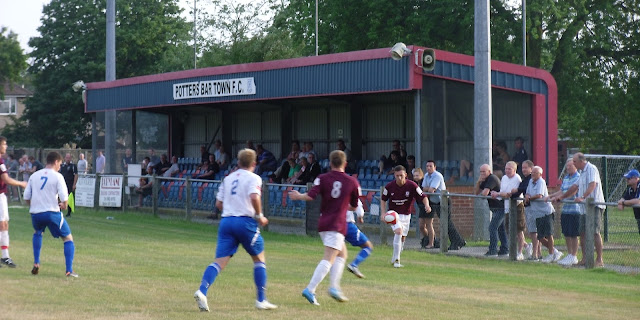 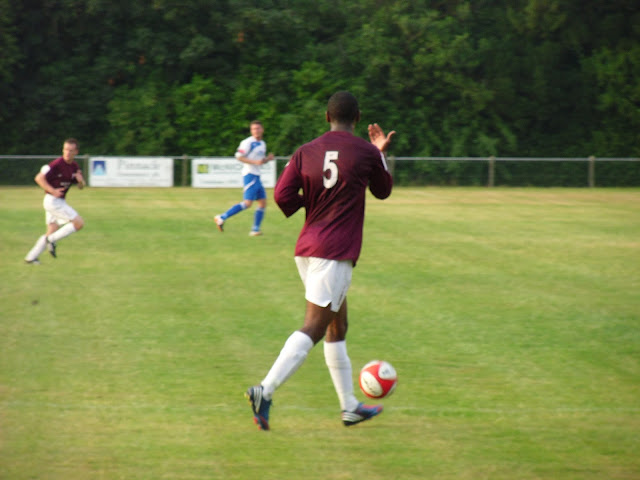 An Enfield Town side made up of trialists, some first team and under 21 players faced a decent Potters Bar Town team last night. Town had Dave Kendall, Craig McKay and Joe Stevens in their line up and started up front with Kabir Jeetoo and Jermaine Osei. The game had a real pre-season feel to it as both sides worked hard but didn't really create any clear cut opportunities in the first half.

The Scholars scored midway through the second half and then ran in a second goal right at the end of the game to make the final score 2-0. Adam Lee's side featured ex Towner's Wesley Beckles (at Centre Back) and Troy Archer (striker who scored bags of goals for our reserve side last season) amongst their team. TheColdEnd predicts they will do quite well in their new Calor Gas Southern League Central Division for this season and will be in the pack pushing for a play-off place between 5th and 10th place. 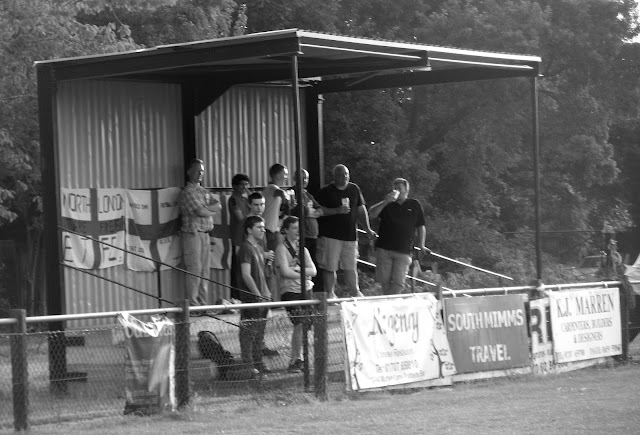 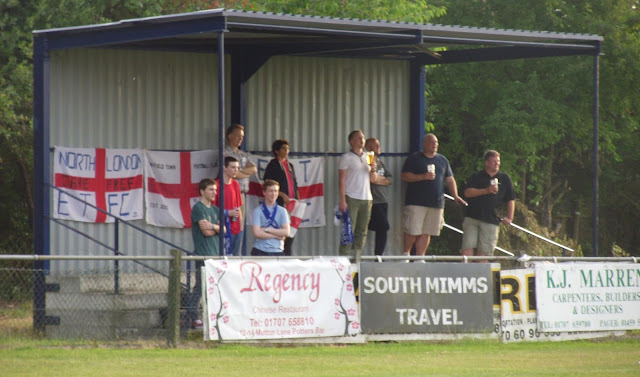 It was fantastic to see a small number of Enfield Town Ultras who had made the short trip from Enfield. I'm sure there will be more at The Queen Elizabeth Stadium on Saturday when Town entertain Belgium side YBSK Beveren for the the Supporter's Direct Cup. Don't forget this game kicks off at 2pm! Here is a short video showing the Ultras at the game last night -