TheColdEnd made a trip back to Goldsdown Road last Tuesday to see the Hertfordshire Senior County Premier Division game between Bush Hill Rangers and Standon & Puckeridge.

Enfield Town old home is now base for a number of teams - Enfield FC 1893 of the Essex Senior League and groundsharer's Bush Hill Rangers along with Akincilar FC and Yeni Bogazici FC who are both member of the Turkish Community Football Federation Division One. Games in this league are played on a Sunday.

Since my last visit in January of last year when Bush Hill were named Goffs Oak FC there have been some changes to the stands at the stadium. Goffs Oak have since merged (in the summer of 2012) with local youth football club Bush Hill Rangers .


As you can see from the pictures the scaffolding has been removed from the stands that were built after Enfield Town vacated Goldsdown Road. I am not sure what Enfield 1893 FC have planned but hopefully they'll have some cover up and ready over the summer for next season.

The crowd (including me) numbered six as the teams came out onto the pitch but did grow to around 15-20 during the game with a few Standon officials and supporters making the trip down the A10 to watch their side record a very decent victory. This was 3rd versus 4th in the league table with both sides playing some good passing football on a damp evening. If S&P hadn't of lost their opening two fixtures (against Whitwell and Baldock Town) they would be involved in the title race with Baldock and Met Police Bushey. Bush Hill have lost eight games now out of the twenty five they have played which hasn't helped their title ambitions. Their manager Tolga Huseyin has a very good outlook and persepective on football telling me 'The potential of the lads in huge. Hopefully, we will have a training facility somehwere so we can keep practising....then eventually we will be able to win things in style. As I said to my chairman I can set the lads up in a 4-4-2, play direct football and probably win every week but that is not me. I am a firm beleiver if we keep at it we will reap the rewards'

It appears if both teams keep the players they have and keep working hard they will maybe both involved in the title race for the 2013/14 season. I can only recommend a visit to watch Bush Hill Rangers if your a local resident as they play decent style of football.


Some more views of how Goldsdown Road looked on Tuesday 9th April 2013. 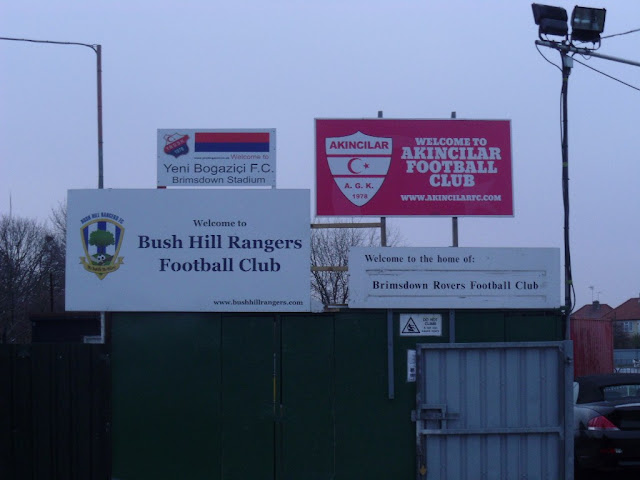 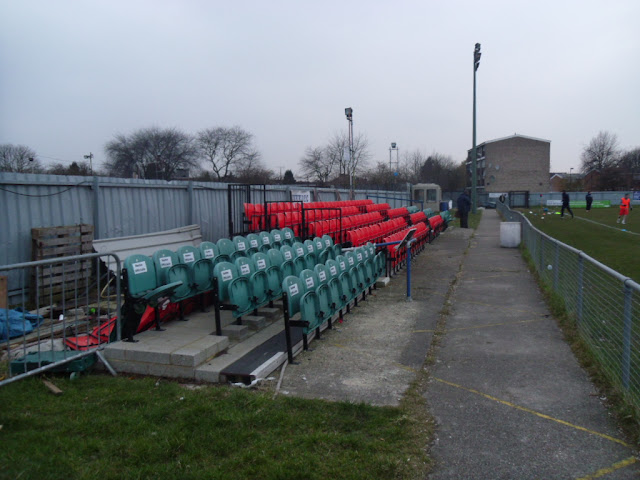 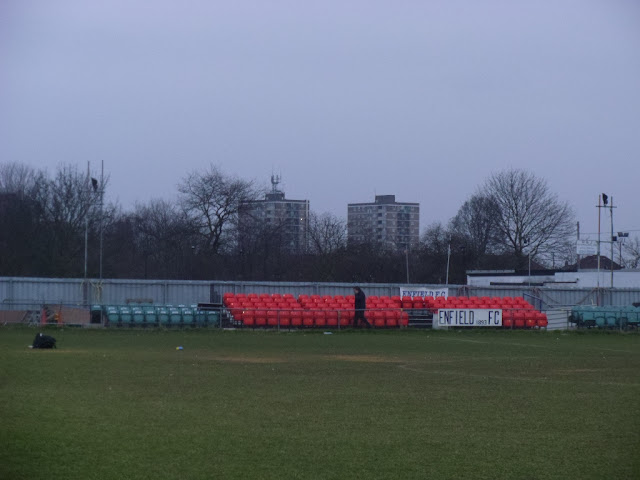 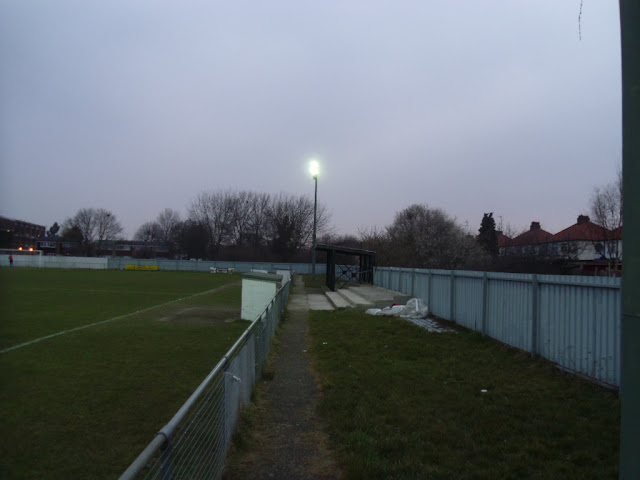 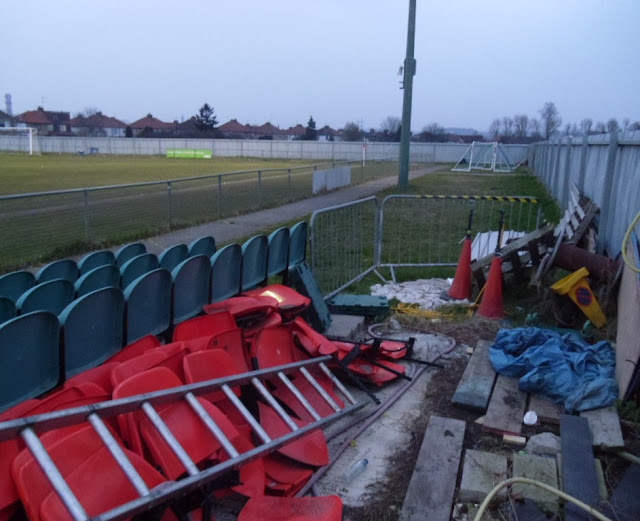 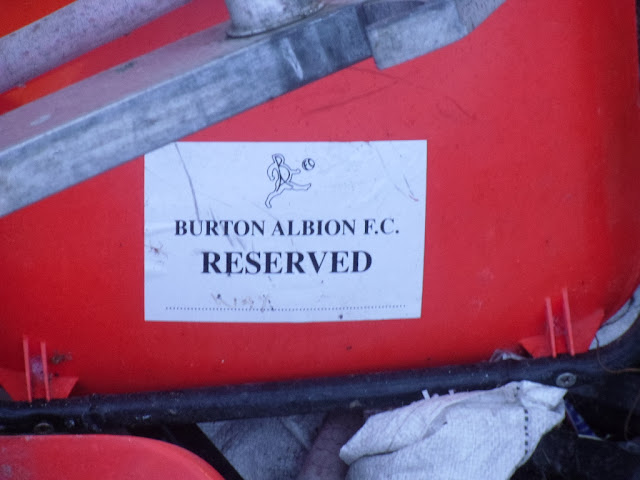