WHY WE LOVE FOOTBALL?

HIGHLIGHTS BELOW
With all the talking points and both goals scored

Saturday afternoon's game versus Kingstonian at The Queen Elizabeth Stadium was highly entertaining and had some controversial moments that were debated by both sets of supporters long after the final whistle was blown. In a sense it was why we love football? Both teams attacked and playing some good football with talking points a plenty.

The game swung on the sending off of Enfield Town's Joey O'Brien early in the second half. A long clearance up field saw Andre McCollin clear through on goal with the Town midfielder putting in a superb last ditch tackle to break down the attack. The referee blew and signalled for a penalty kick at first even though it was clearly outside of the area. After consultation with his Assistant he signalled for a free kick just on the edge of the box but brandished the red card towards O'Brien who took the decision well and left the pitch. The Cold End doesn't like to have a go at referees and if your a regular reader you'll know TheColdEnd is a firm supporter of the respect campaign. My first thought on seeing it live was it was a great tackle and my thoughts now are unchanged after seeing the reply. The referee's interpretation was different which is how it goes sometimes. Enfield Town have appealed to The FA over the decision so we'll see what happens.

The K's had already had a number of decent chances with the attacking pace of McCollin and Nathan Koranteng impressing  prior to the sending off but Town had looked dangerous also especially Jey Siva attacking from left back combining well with Tyler Campbell. Scott McGleish also led the line up front well with support from Adam Wallace and Bryan Hammatt. I think Mark Henry also had his best game for the club since joining us from Wingate and Finchley. He was really busy in midfield alongside O'Brien. 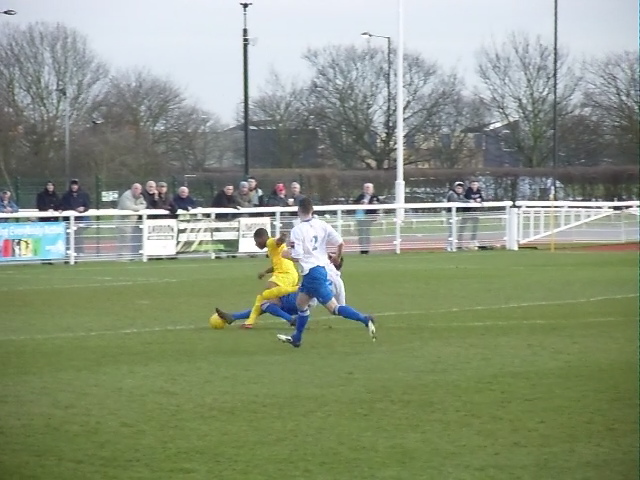 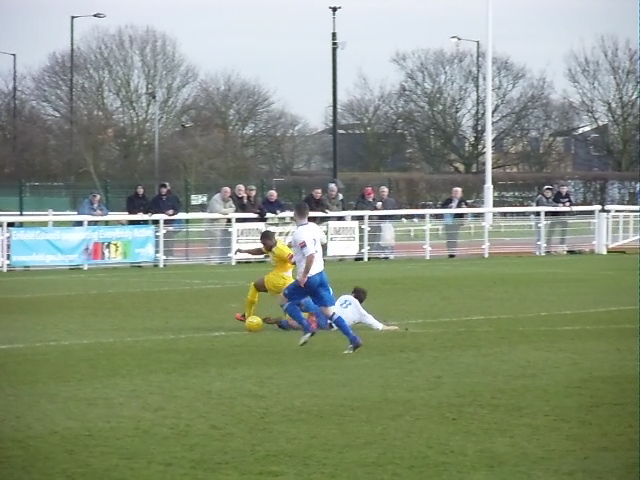 Another view of the sending off for Joe O'Brien from Muzzy...


Town had taken the lead from a penalty kick by Scott McGleish after Matt Somner had tangled with Mark Henry in the box. The K's fans and players appealed the decision to no avail. It was a difficult one for the referee who let the play go on before blowing up for a spot-kick. It was a case of seen them given and seen them not given? 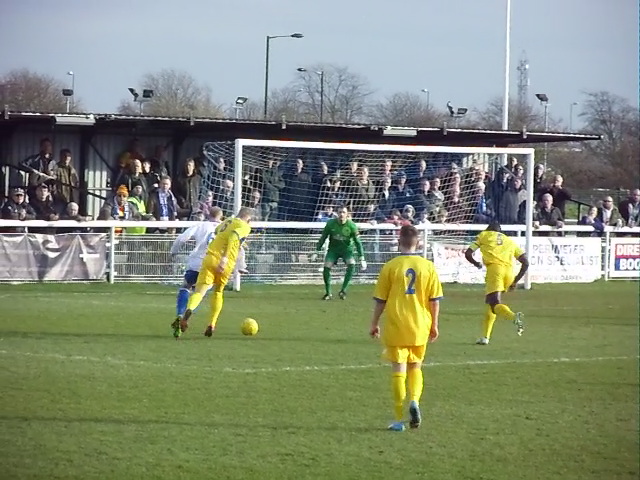 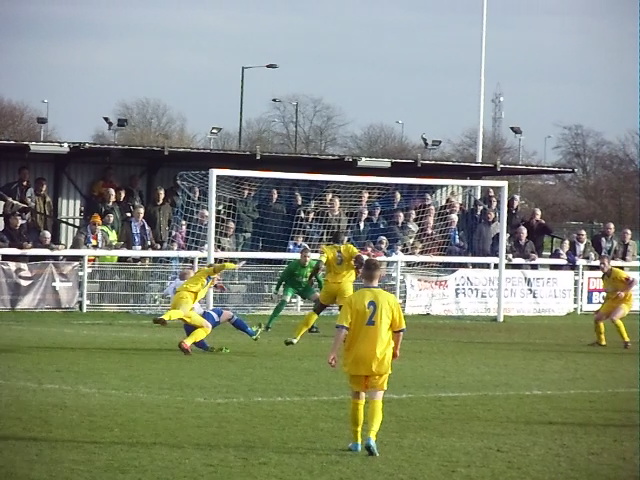 ﻿ ﻿The referee's afternoon proved very busy as in the second half Lee Allen (on for Dave Kendall who picked up a knock) fouled Dean Lodge (who came on for Koranteng in the second half and showed good pace and control on the ball. He played slightly wider than Koranteng and caused the Town back line lots of problems) on the edge of the box/in the box*. Lee was booked and a free kick was given around 2 feet from the edge of the box. The K's player's appealed the foul was in the box but upon viewing the replay it appears it was the correct decision as the foul took place right on the edge of the box. It was close but I think not in the box.
*delete as applicable if your a Town fan or K's supporter 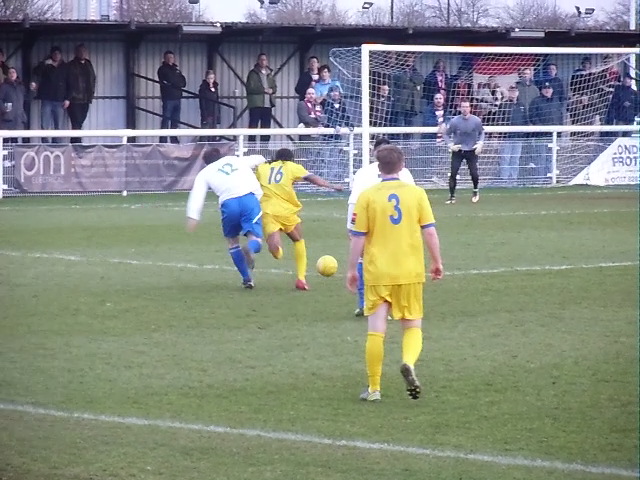 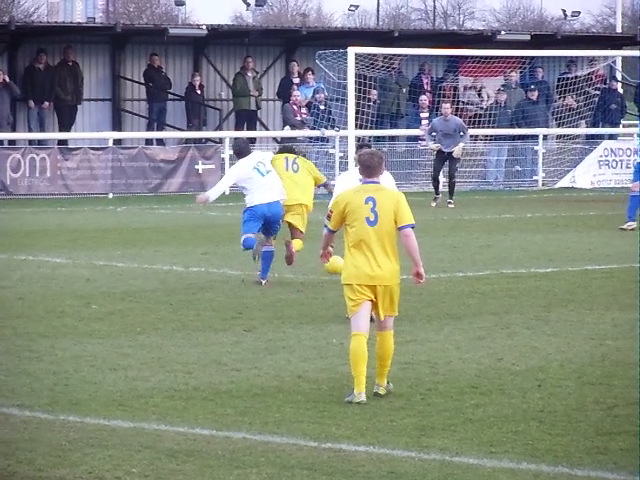 Kingstonian scored what has to be said was a deserved equaliser on 88 minutes when Paul Vines hit the back of the net to the delight of the travelling support who had been giving Noel Imber some stick about what they thought was time wasting. I lost count how many times I heard 'Get a move on' and 'Come on' shouted out during the game when Town's keeper had the ball.

Town had defended heroically at times throwing bodies in the way of the ball and closing down well. Lee White was given the sponsors man of the match but my award would go to Captain Mark Kirby who was immense throughout the game. He made so many cleared headers and just seemed to be in the right place at the right time on numerous occasions to clear the ball from the attacking away side. To single Kirb's out on this occasion is a little bit unfair as every team member worked so hard to gain a well deserved point against a side who will be in the play-off mix up at the business end of the season.