There was a whole host of Enfield Town connections as Welwyn Garden City hosted Cockfosters at Herns Lane yesterday afternoon. Cockfosters, in fourth place going into the game and vying for the title, had ex Towner's Paul Marks (Captain) and Denis Maharjan in their starting line up alongside non-league veteran and birthday boy Fergus Moore who had played for Town reserve side last season a few times. They also included Ben Hammond on the bench who came on as a second half substitute to make his debut for his new club. Fosters joint assistant manager is another ex Towner in Fabio Valenti and he's doing a great job alongside Dave Clark as number two to club manager Mick Roche. It wasn't just on the field where there were Town connections as with our game at Thurrock postponed there was a handful of Town fans present too in the crowd of thirty seven people. 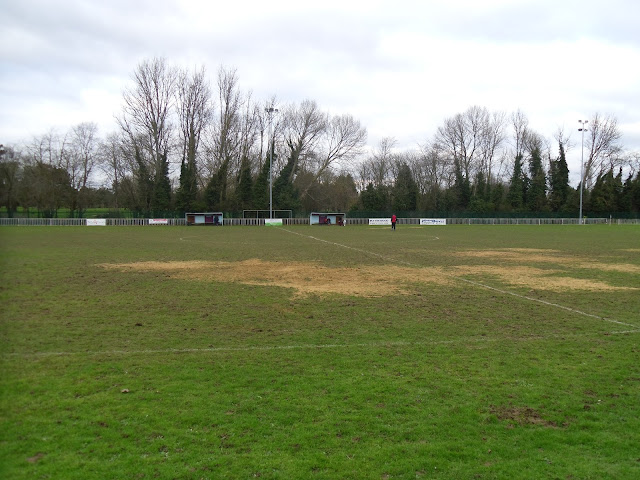 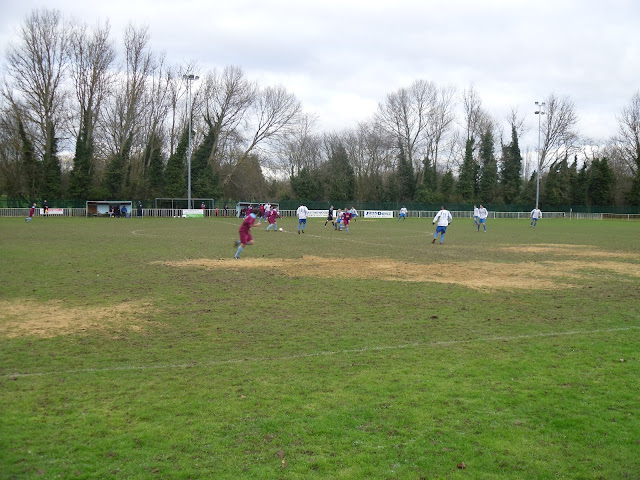 The Citizens were down in fifteenth place in the table at the start of the day with only five wins in the twenty league games they had played. One of those had come on Wednesday night against struggling Winslow United in a very welcome 3-2 victory for Scott O'Donoghue and Pablo Ardilie's side. In their previous game they also gained a respectable home draw against Hoddesdon Town which was a remarkable turn around from the 8-1 defeat they had suffered at Lowfield earlier in the season.


On a very heavy pitch (as you can see from the pictures) both teams played some decent football with Foster's looking the more dangerous up front. The Citizens passed it well but were unable to work the ball to front man Mark Draper. Isaac Oppong on the right side of midfield looks a decent player and on a better pitch his pace and close ball control will cause team's problems. 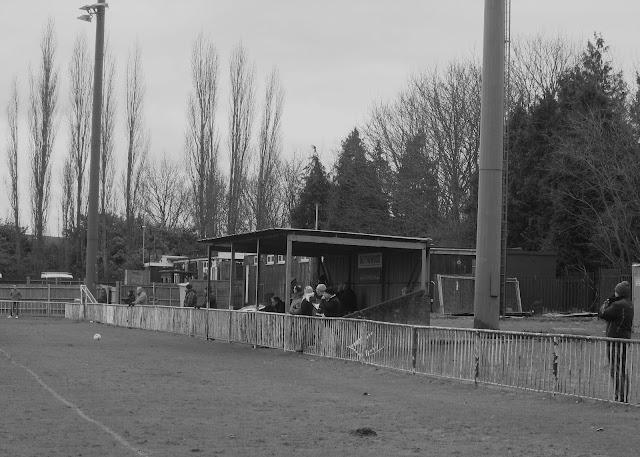 For Foster's centre back Jack Cook has been receiving good reviews all season and looks a decent prospect. He is very composed and comfortable on the ball and could play at a higher level I think. He seems to have a knack of popping up the right place at the right time. Lorenzo Ferrari also looked impressive on the right wing with a decent change of pace and it was him who scored the first goal. Bilal Butt, who scores lots of goals, got the second and third (from the penalty spot) to win the game for the promotion chasing team playing in their blue and white away kit which has a close resemblance to Town's home kit.

Paul Marks capped off a good performance in the centre of midfield with one of his 'trademark tackles' we all used to love at Enfield Town. Unfortunately it was a little too late and inside the box which allowed Mark Draper to make the scoreline 1-3. Even Marksy was honest enough to call it a 'blatant penalty' afterwards. See the video replay on 7mins 45secs to learn from the 'The Paul Mark's School of Tackling'.

The end of the game saw two penalty appeals from the home side following challenges from Cockfosters. The referee didn't give them and from the replay (9mins 10secs) it is my opinion they weren't fouls. Marksy commented 'the boys had the hump with their forward for diving. All handbags' as there was a little bit of pushing and some verbals exchanged with one player booked. Happily at full time it was all handshakes between the two sides which was good to see.

Cockfosters have a busy week ahead of them hosting Cranfield United in a league fixture on Tuesday night, Potton United in the South Midlands Senior Floodlit Cup on Thursday night and then Kings Langley in the league on Saturday.

Wewlyn Garden City look a better side than there league position shows and I think they will win a few more games towards the end of the season. Both manager Scott O'Donoghue and assistant Pablo Ardiles are shaping a team capable of pulling off a few surprises in my opinion. They just need a little bit of luck in front of goal and who knows? They take a trip to Stony Stratford Town next Saturday and then entertain Sun Postal Sports on Wednesday 13th February. Both these teams are around the middle to low table position so it's a good chance for The Citizens to add to their win total.

It's a real shame that is a town with a population of around 40,000 The Citizens have only attracted an average crowd of 33 people for league fixtures this season. That's around 0.08% of the people who live in the town. TheColdEnd knows that the current band of hard working friendly volunteers at the club are working hard to change this. I hope that more local people support their local club and get along to a game very soon.


MATCH HIGHLIGHTS
including all the goals scored