A POINT EACH AT COLES PARK

Coles Park, the home of Haringey Borough, where Essex Senior League Haringey and Waltham Development currently ground share is currently the subject of some much needed improvements. What will be the newly refurbished club house and was shut on my visit on Wednesday night for HAWD's ESL clash with Sporting Bengal United but it looks like it'll be very nice indeed when is it opened along with some new covered terracing being built to the side of the main stand. See the pictures below for how the new developments are coming along - 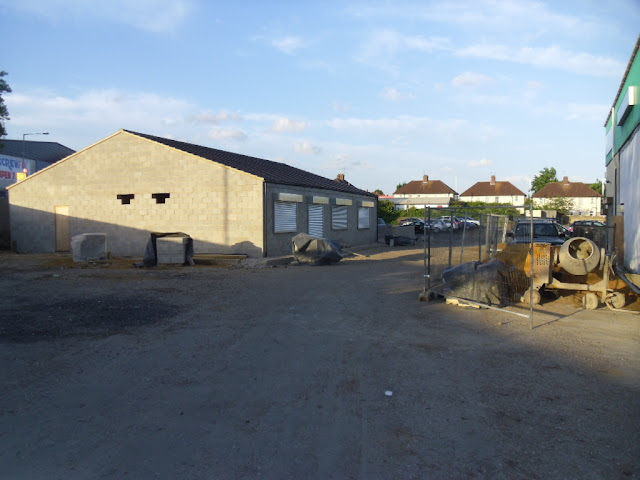 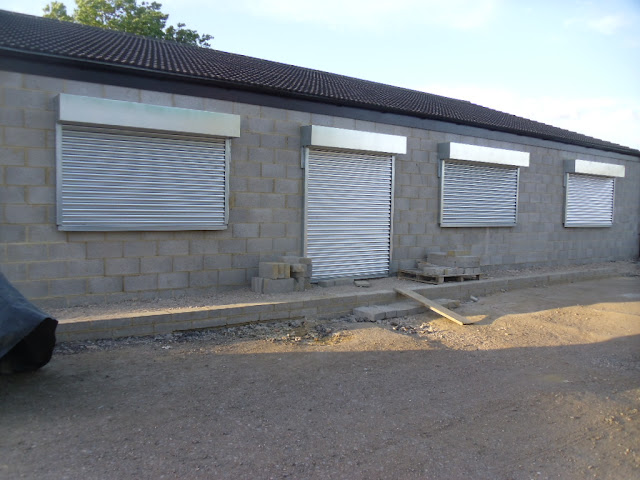 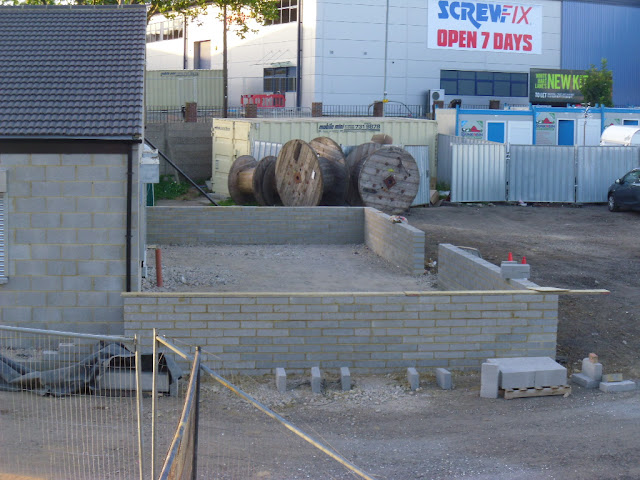 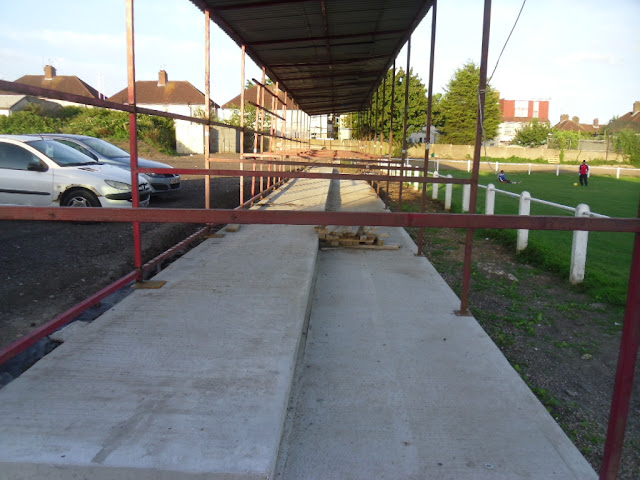 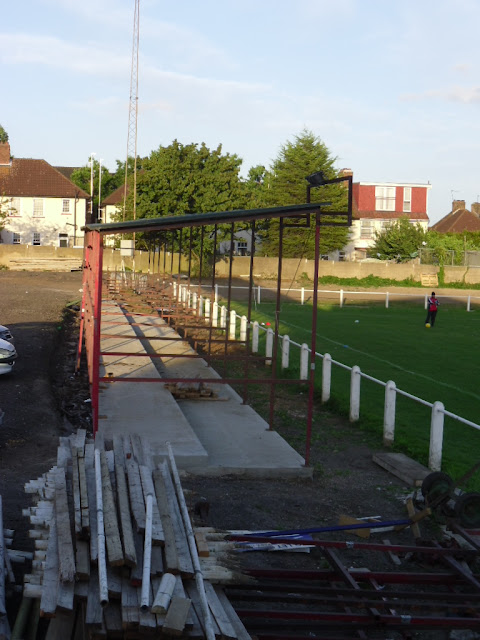 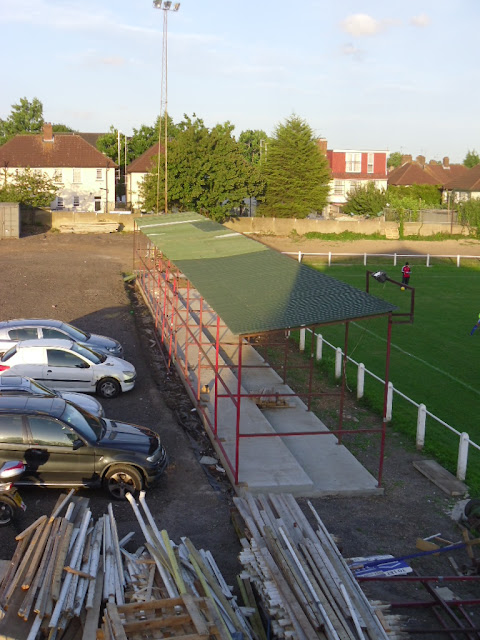 HAWD had started their season well with a 2-2 draw at home to Enfield 1893 and a 1-3 win away at Hanwell Town in the FA Cup along with a 1-0 defeat in the opening game at Hullbridge Sports.Their visitors had only played one game in the FA Cup which ended in defeat at Cockfosters. Mile End Stadium, their home, is currently being used for the Olympics and Paralympics meaning their first home game will be on Saturday 22nd September against Enfield 1893.

Sporting Bengal United had a familiar face to Enfield Town fans in the centre of their midfield. Known affectionately during his stay with Town as 'The King of Columbians' - Steve Velandia was pulling the strings in the centre of the park for the away side throughout the ninety minutes.

A small crowd recorded at 28 witnessed a scrappy but entertaining game that ended all square. HAWD looked the better side in the first half and Sporting Bengal grew into the match having some good chances during the second period so a 2-2 draw was just about the right result.

HAWD face Ryman Division One (North) side Waltham Abbey at Coles Park in the FA Cup on Saturday 25th August and then get their Vase campaign underway with a Friday night fixture at home to St Margaretsbury on the 31st August.

The home side's late equaliser denied Sporting Bengal their first away victory since their 1-2 win at Burnham Ramblers on Tuesday 20th December 2011.

Watch the match highlights below including all four goals -

Sporting Bengal United are represented on the web via the Bangladeshi Football Association UK page but details are limited as to the players in their squad. The same goes for Haringey and Waltham Development whom unfortunately don't have an official web presence at all.
at 23:13