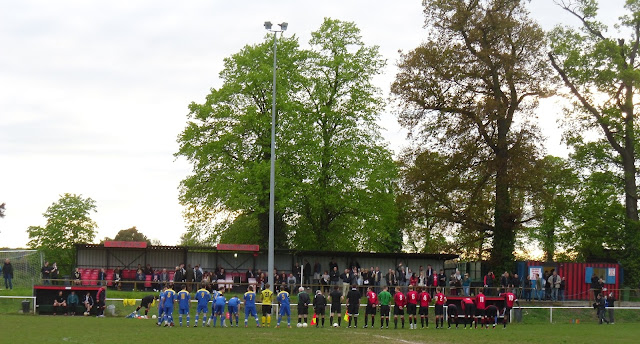 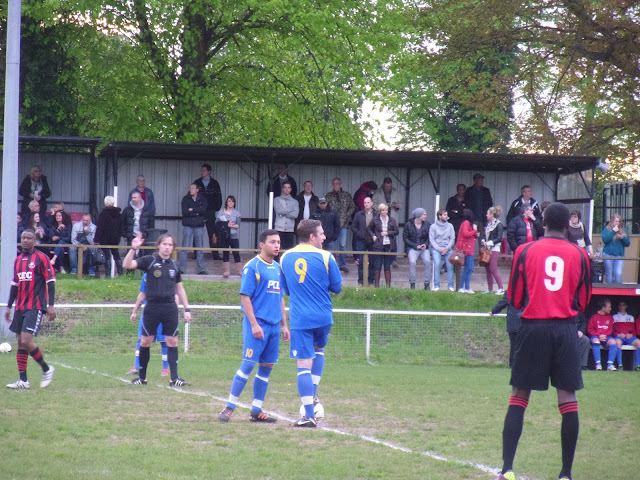 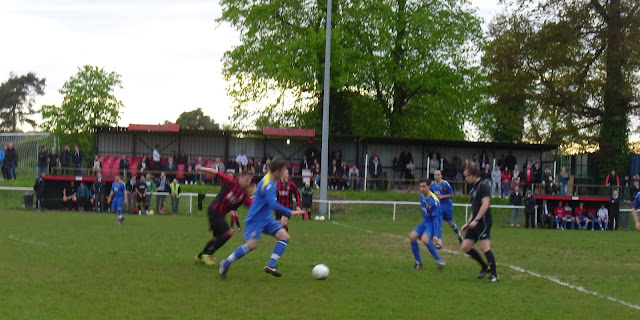 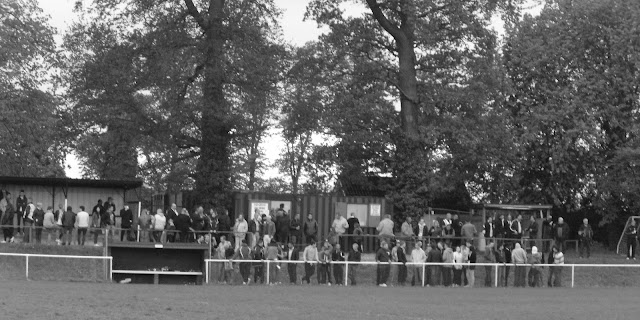 St Marageretsbury Reserves and Hoddesdon Town Reserves finally got to play their rain delayed South Midlands Floodlight Cup Final on Wednesday 16th May. The local derby was a keenly contested encounter with lots of tackles flying in and was played in front of a really decent crowd at 'Bury's Recreation Ground. Defences were on top throughout the ninety minutes and thirty minutes extra-time with there being very few proper goalscoring chances. Saying that thought every player gave 100% and there was lots of effort put in indicated by numerous players from both teams going down with cramp in extra-time - this after running themselves into the ground on a heavy pitch for 90+ minutes!

The game was originally scheduled for Thursday 3rd May but was postponed due a waterlogged pitch as the below photo by shows.

The game went down to the drama of a penalty shoot-out which is all captured on camera with highlights shown below.