The power supply to TheColdEnd laptop is now back up and running!! My tip for anyone with laptop charger problems is to visit a well known internet auction website prior to one of the main high-street computer shops.......you could end up saving a fortune.

So, below are the Enfield Town v Waltham Abbey highlights from Bank Holiday Easter Monday including the 'Was it or wasn't it?' penalty decision which lead to Michael Ewang's sending off. **See video from 4m 55secs**

Most of you reading this will know that Town's 0-5 victory at Cheshunt and Leiston losing at Maldon and Tiptree has kept the title race running for at least another (possibly two) week(s). Enfield Town face Leiston at The Queen Elizabeth Stadium this Saturday is a massive game which Town must win to keep the title race open. A point or a win for the Suffolk side will seal the title for them. A full match preview for this huge game, that is bound to attract a bumper crowd to The Donkey Dome, will follow later in the week. 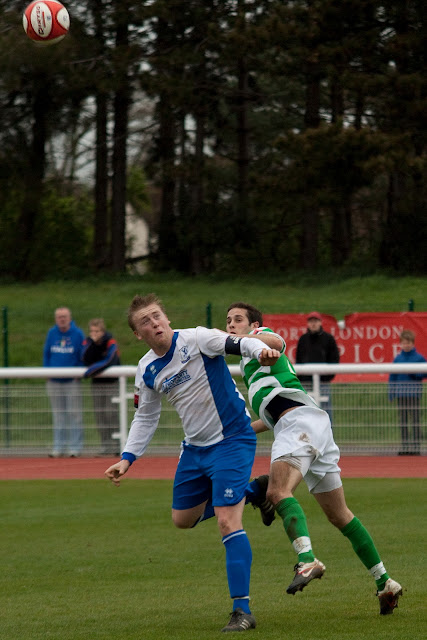 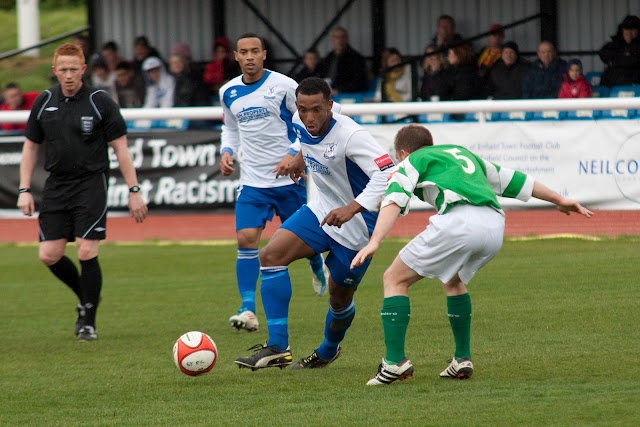 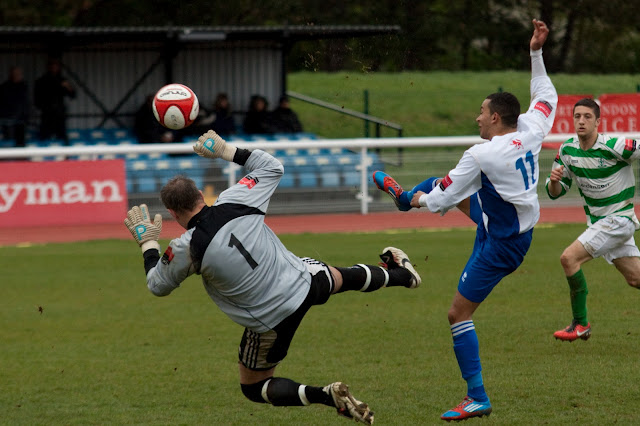 The below pictures are taken from TheColdEnd video coverage - 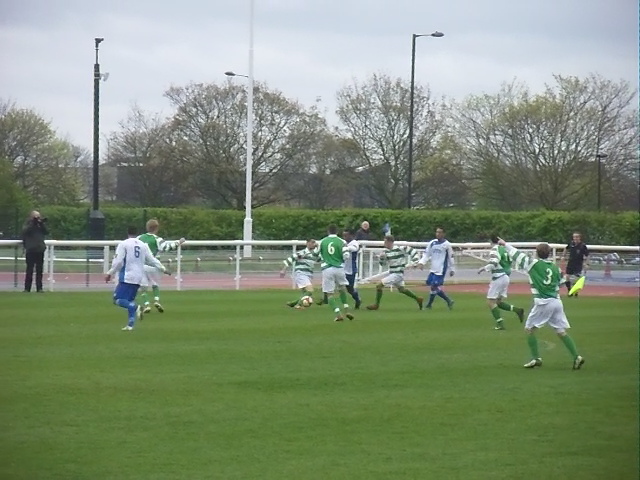 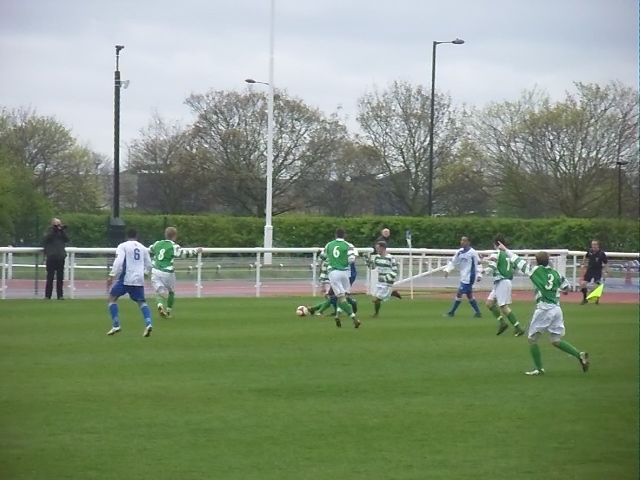 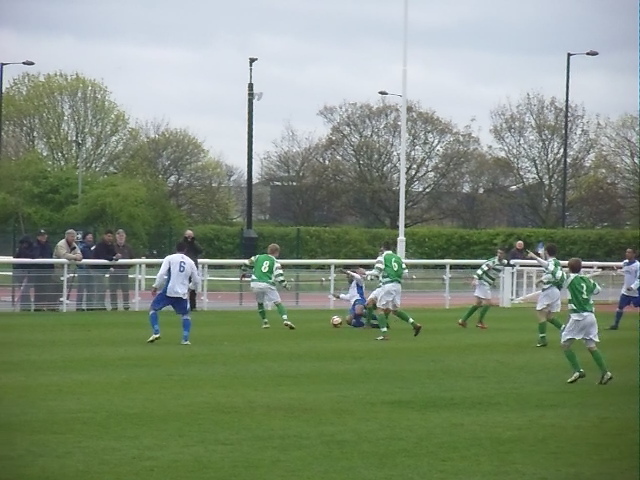 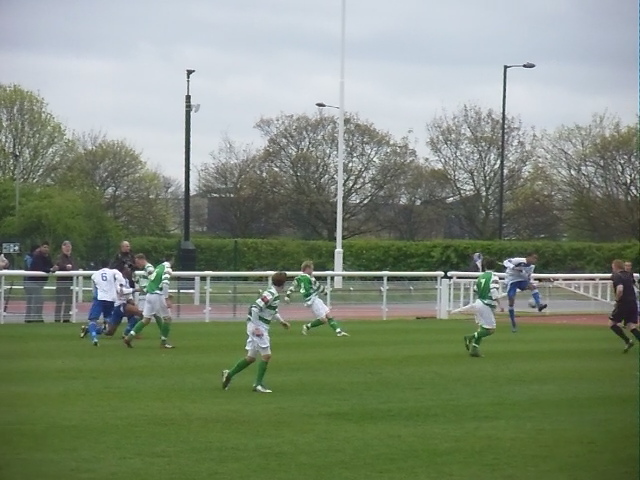 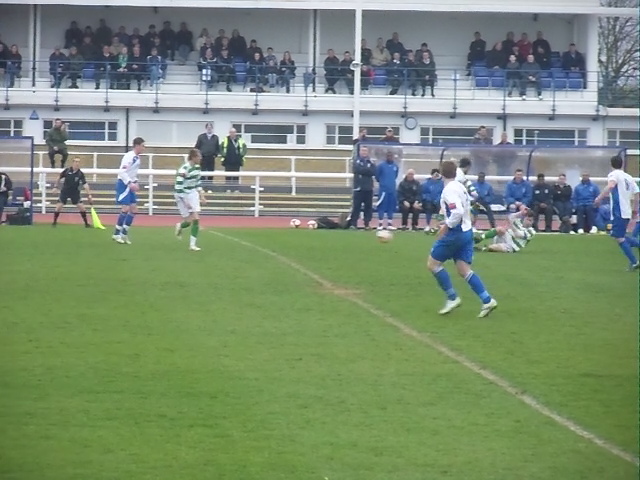 TEAM FORMATIONS
Most of Town's opponents have played a straight forward 4-4-2 formation at the Donkey Dome this season so the 3-1-4-2 formation The Abbey played was interesting. Not many teams play with three at the back in the Ryman League. Tom Bruno, who sat in front of the back four, impressed the cold end with his  forward runs prior to his sending off. He has recently signed for Abbey from Harlow Town where he was held in high regard by their supporters. 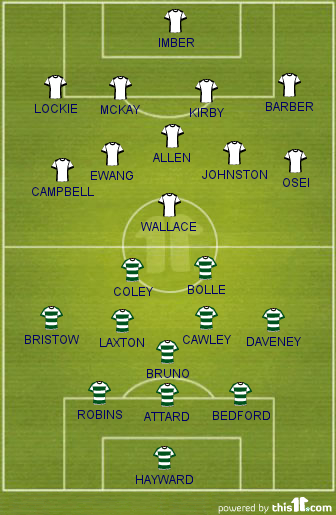