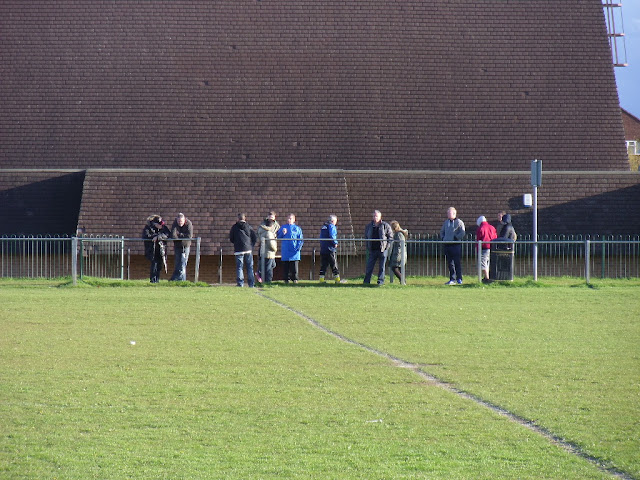 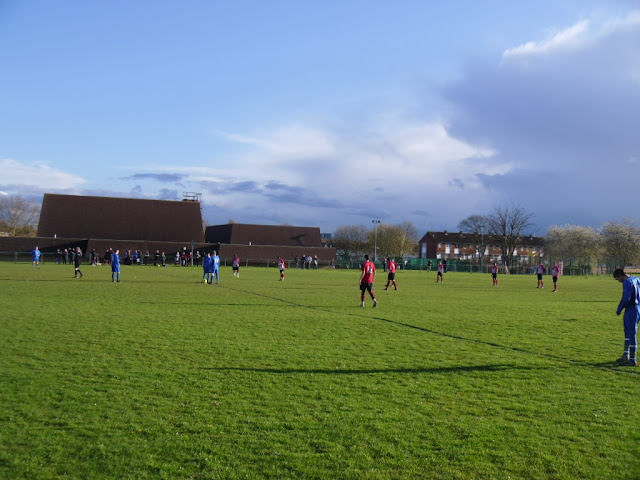 AFC Hatfield Town and Whitwell played out a really entertaining and eventful Hertfordshire Senior County League Division One game on Tuesday evening at The Birchwood Leisure Centre. Whitwell went into the game having just been crowned Division One champions combined with an ultra impressive 100% winning record. AFC Hatfield Town, in fourth place, were in good form as well having lost only one league game in their last eight. 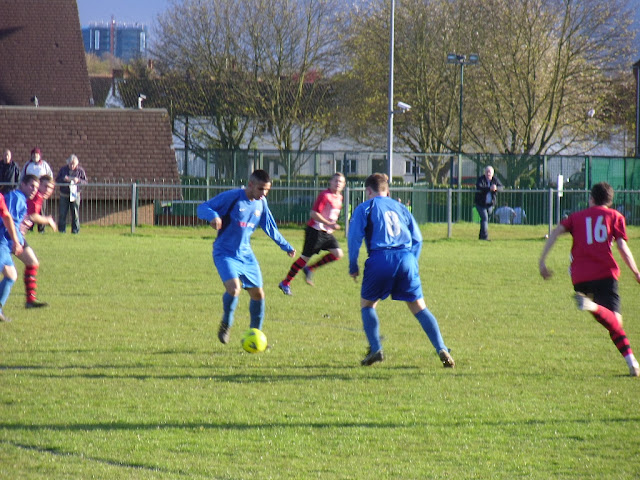 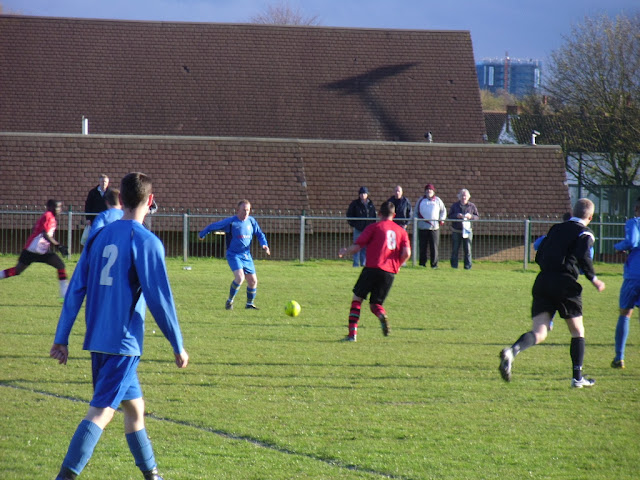 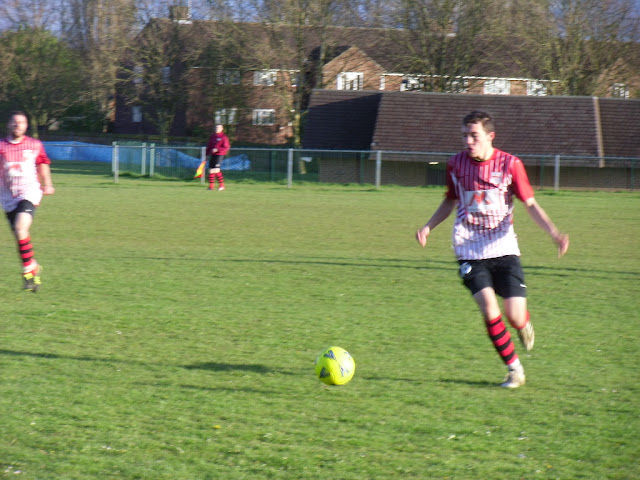 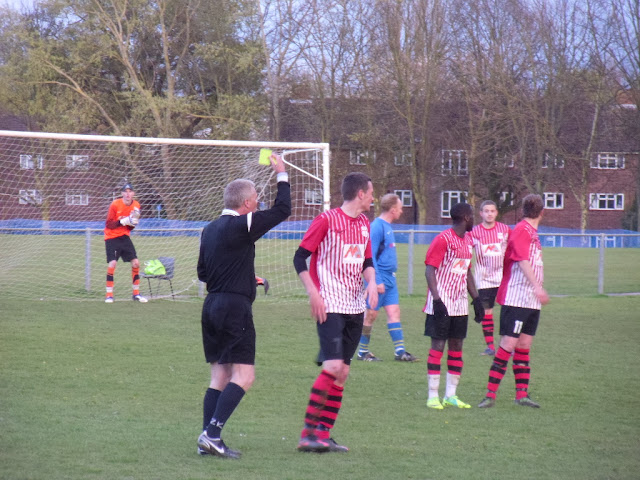 Unfortunately not even help from a four legged friend helped out the home side who put in a decent performance but were unable to match the visitor's finishing when in front of goal. The pitch behind the Leisure Centre is a simple one with a metal rail around it like Goldsdown Road used to be in 2001(minus the covered stand) which left the small group of spectators open to elements in the second half downpour and gusty windy conditions. The match kicked off at 6.30pm with the sun shining but still quite chilly - thankfully the rain which had been pouring on and off all day long had stopped until the last twenty minutes or so! 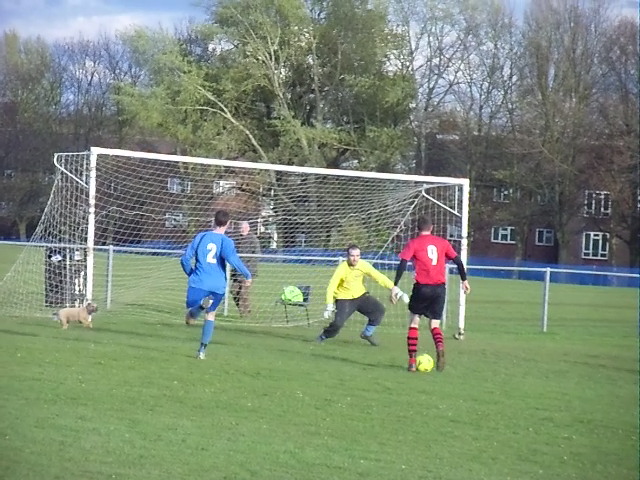 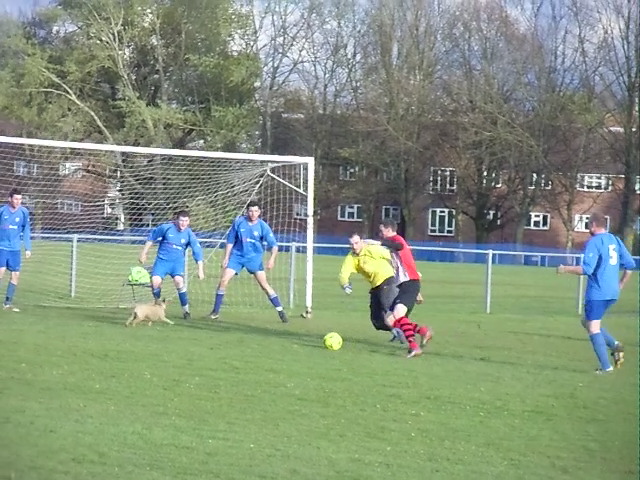 This was what the cold end would describe as 'proper football' with some hard tackles flying in along with some good passing play as well. And to top it all...it was free which is tremendous value for money! 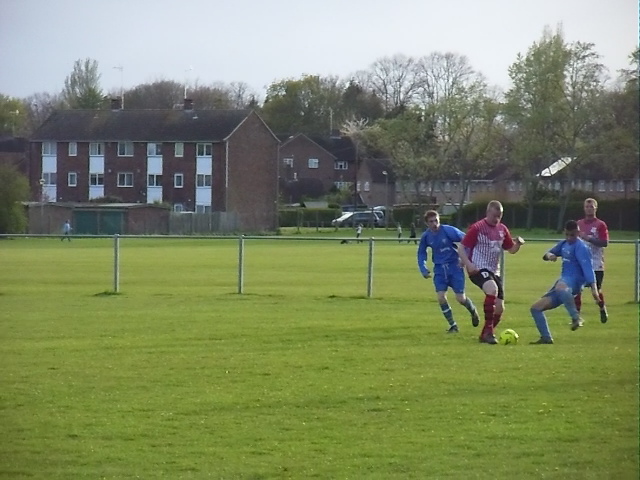 The small dog ran onto the pitch at just the right time for AFC as Whitwell were on the attack and the furry friendly animal managed to put off the attacker somewhat. See the video from 3mins 35secs for footage of the dog incident.

As the match went on it, the sun disappeared and it became increasingly colder with the wind blowing across the pitch causing many of the fans watching to take cover under the surrounding trees. Then the rain came!!! When the final whistle was blown it was the quickest clearing of a pitch I've ever witnessed as every player darted back into the relative warmth of the changing rooms bar two who seemingly joined the short straw to take down the goal-nets. 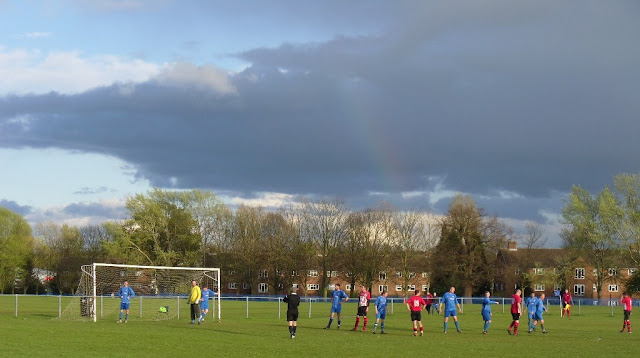 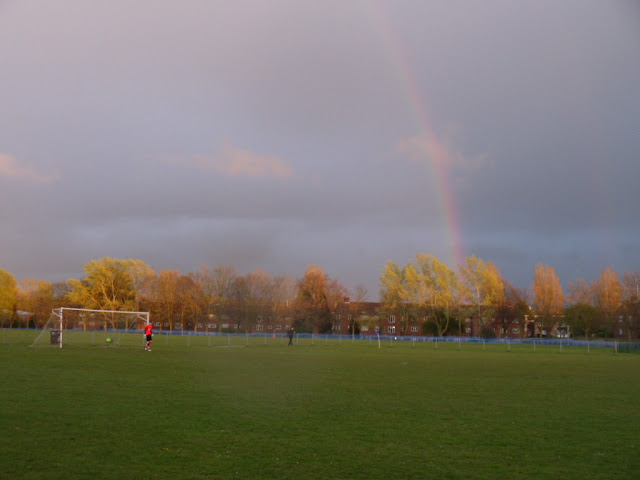 To summarise a very good game and a great advert for the Hertfordshire County League... this being step 8 on the non-league pyramid.

Whitwell now go into their final game of the season against Old Parmiterians on Saturday 5th May with a chance of going the full season with a 100% winning record. The last time they lost in the league was way back on Saturday 14th May 2011 when Hertford Heath beat them 1-5.